Interview with Aidan from Lycan. 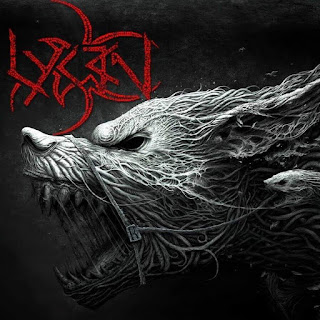 Let's start off the interview with an introduction, let the people know who you are:  I'm Aidan Roker, vocalist of Notts metal band Lycan.


Someone who doesn't listen to metal asks you for 3 band recommendations to start them off, who would you recommend?

So, on the basis that they aren't into metal and I don't want to scare them off straight away with anything too heavy, I guess something quite melodic like Killswitch Engage, Metallica because they are probably the biggest metal band ever with an expansive and diverse back catalogue, and Pantera because duh!!

We all have guilty pleasures when it comes to music, can you name 3 of yours?

I grew up listening to loads of Michael Jackson, and still like a bit every now and then. I also like Eminem a lot, particularly the Marshall Mathers and Slim Shady LPs. And I guess Status Quo would have to be my other one.

Your band has the opportunity to play 3 different festivals what would they be and why?

Wacken Open Air because of the sheer scale, and anyone who is anyone in the world of metal has played it. Download would be cool too - particularly with this years lineup, and playing Bloodstock would be amazing, being so close to where we are from and having watched a home-grown metal festival become such a success.

A zombie apocalypse has broke out and you need to move location, the 3 items closest to you are your weapons, what are they?

TV remote, cushion and the wife. The zombies are fucked!!

You have to get rid of all your albums minus 3 which ones do you keep and why?

'Deliverance' by Opeth - nomatter how many times I listen  to it I never get bored. It really is a progressive death metal masterpiece.
'One' by TesseracT - beautiful, subversive, melancholic, touching, technical - an album I get lost in every time.
'Magma' by Gojira - have been jamming it since it came out and not ready to put it down yet!!

You get the chance to form a band with 3 of your favourite musicians, who are they?

It would be a progressive metal band with me and Rabea Masaad on guitar, Amos Williams on bass, Mario Duplantier on drums.

You have to describe your music using 3 words to somebody who has never heard your band before, what are they?

Name 3 bands you'd love to see or wished you could of seen?

Would love to have seen Guns N Roses in '92 on the Illusions tour, original lineup Sabbath and Pantera Vulgar Display era.

If you could eat at the same 3 restaurants for a year what would they be and why?

The Naaz - local curry house that is absolutely banging.
Pizza Express - best pizza around.
The Bistro - just up the road from me. Top food and stumbling distance from home!!

3 songs from your setlist that you always enjoy playing?

Deliverance
A Requiem to Sanctity
A Touch of Chaos

Thank you for your time Aiden.