Interview with Sturmgeist from Suffering 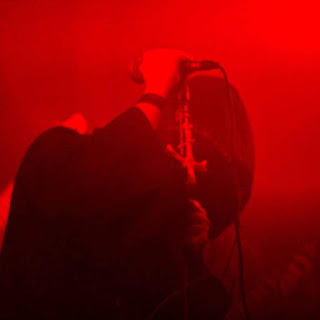 How long has "Suffering" been an active band?

The band was originally started in 2012 with members from other various bands around the UK but due to distance and such it was too difficult. So it got put on hold until i started to look for new members around 2016.

What was "Sufferings" first live performance and how would you describe it as a whole including the reception afterwards?

Our first gig was at the o2 academy in birmingham with a selection of 5 other bands. It wasn’t really a gig well suited for a band like us because it was a lot of different metal “genres”. 2 of which were good but the rest were horrendous. It was a good first gig though and it went well with a pretty positive reaction.

Your album "11" was released last September last year, how would you describe the process of creating the album itself?

We took about a year to write it. The way we always write is together as a band in practice. Someone will usually have a riff they have worked on at home then build from there. Once the music starts to take shape more i’ll come up with the concept for the song and usually the title and then work the lyrics out from there.

Do you have any specific song off of "11" that really stands out to you more than the others?

Not really. They all have their own feel and atmosphere and some songs are better to sing than others but my favourite song to sing is actually a new one called Cloven Hoof.

What kind of atmosphere do you try and create during live performances?

A ritual. Plain and simple. The assembly of the cult, the robed initiators, the smoke, the gong. It is all to create the right atmosphere.

What UK Black Metal bands do you think are making a huge impact on the scene right now?

It is difficult to say because within our scene the majority of our bands are different and i wouldn’t word it in such a way as “making a huge impact” because in this day and age i don’t think you can. Not like with norwegian black metal in the 90’s for example but i will mention some bands that i think deserve a mention and that are doing well. Voices, Necronautical, Crimson Throne, Old Corpse Road, Trivax, Thy Dying Light and lastly my personal favourite The Infernal Sea.

For the past couple of months we have been working on songs for our second album. We roughly have about 5 or 6 songs so far, 2 of which are fully completed and have been playing live at our gigs. I already have the full track list and concepts for the songs and album in general. It will be continuing the theme from 11 but it is the next chapter. It will make sense going from 11 to the next album. But i can say that the new songs are a lot darker and nastier than the first album.

Who created the artwork for "11" and what thoughts did you have to put across to give the artist the exact idea of what you wanted?

My fiancee actually did the artwork for 11 as well as designed the Suffering “name/logo”, though the suffering lilith sigil emblem was my design. The artwork is basically a collection of various pieces from the songs on the album put together to create a visual representation. In a age where all artwork is over the top and done by photoshop and digital means (which i might add the majority of it looks shit) i wanted the exact opposite. Take it back to basics and old school where it was done with pencil and paints on canvas. No editing, no digital trickery, just honest art done by human hand. Just like a lot of modern metal has lost its humanistic elements and is all polished squeaky clean. Yes technically minded it might be great but that doesn’t mean the music is good. I think human flaws and imperfections is what makes something perfect because it is honest.

Thank you to the promoters that have put us on to play live and giving us a public platform to portray our music visually. Special mention to Gavin Davies and The Gryphon in Bristol who put us on last night with the great Crimson Throne and Ninkharsag. Thank you to those who support us and understand our point and vision. Also thank you to you guys for giving us a platform to speak.

Be sure to support Suffering via the link at the top.