An interview with Bill Morgan from Bastardizer 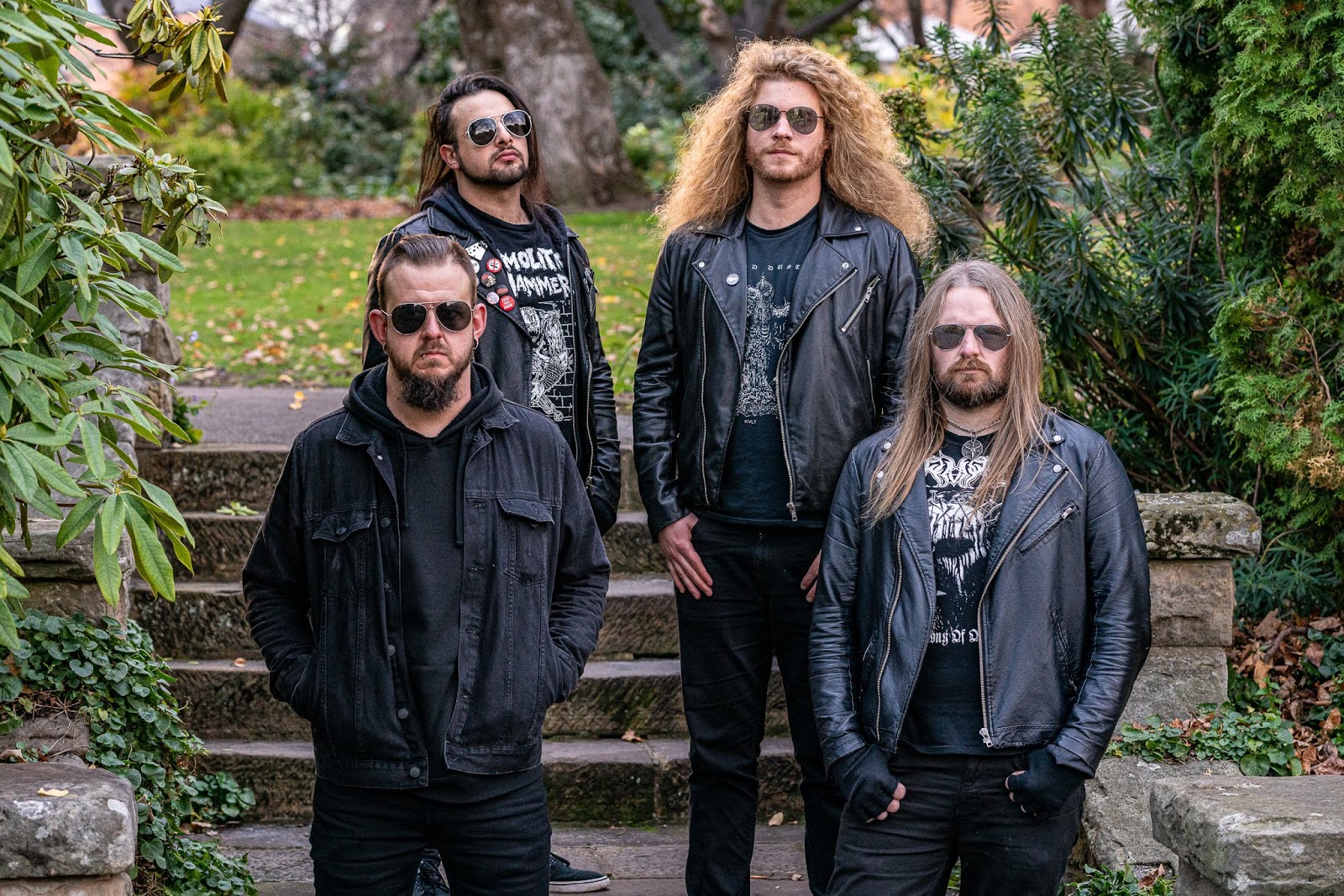 Below you will find a link to Bastardizer's music.


2013 saw the beginning of Bastardizer, how long was the idea for the band with you before the actual formation of it?

It was actually a very quick process from the idea of creating a band to actually creating the tangible entity of Bastardizer. Of course, I had aspirations for a long time of being in black thrash band of my own. However, I didn’t find the right musicians until a New Year’s Eve party going into 2013 I ran into an old friend (Chris, vocals) who was also looking for a black ‘n’ roll/black thrash band. We also had a mutual friend who played drums (Jackson) and it was the perfect storm. All of us weren’t in a band at the time, and we had a jam either a week or two later and we haven’t stopped since.

What would you say your main influence was to create your music labelled as Black Thrash And Roll?

At the beginning our influences were easier to pinpoint. Something like Midnight or the Canadian band Chapel, who had just released a killer black ‘n’ roll album shortly before our formation, but with some faster influences like Bathory, Destroyer 666, Venom etc, and maybe more of an 80s feel. Over the years we’ve evolved to incorporate other influences and elements into our song-writing but the spirit remains the same. We just wanted to be a hard, loud, and fast band that raises the roof.

When was the debut performance for Bastardizer and how would you say it turned out?

We formed the band at the start of 2013 and we played our first two shows on the first weekend of May 2013. I’d say whilst our first ever gig was a good show overall for all the bands, our set was littered with technical gremlins. So it’s one to forget in my opinion. However, we played a show the night after and that went perfectly so it was easy to move on and not be scarred by the technical dramas of our first show.

Enforcers Of Evil was your first full length release back in 2014, how long after formation did you go into the studio to record this?

We released a rehearsal demo (‘Demo(n)s Unleashed’) in maybe April of 2013, and not long after we received an offer to record a full length LP (through Heavy Forces out of Germany). We were pretty stoked to be able to release a full length so we agreed and had to quickly write an album’s worth of material. I think we recorded it all in early September, so from the time of our first jam (where we had literally no material) to when we had recorded a full length LP was less than nine months. So it was a quick and somewhat rushed process, but we were happy with the result.

When it comes to lyrical content what would you say your main subject to focus on would be?

Hellish themes dominate a lot of our lyrics, however, we try and increase our scope to incorporate other ideas into the lyrics on occasion. We discuss the horrors and absurdities of humankind to a degree, whilst relating it to unholy elements. We write about real-life issues and historical events. Sometimes we just want to give hails to someone or something and will dedicate our lyrics to that subject.

Who is the artist behind the artwork for Dawn Of Domination and what would you say is taking place in the image itself?

The art was created by a good mate of ours, James Campbell, who is based in Perth, Australia. He’s in another cool black thrash band called Bloodlust as well, so a shout-out to them too. There’s a bit going on in the cover art for ‘Dawn of Domination’, with some references to our lyrics (like the tracks ‘Demons Unleashed’ and ‘Hellions of the Oath’), but as much of that, the scene itself is based upon a famous scene from a classic film. I’ll let you have a guess what that is. Only one person I’ve talked to so far has picked up on it. I thought it would be more obvious though.

At what point did you go on your first tour and what bands joined you?

Our first shows outside of Australia were in New Zealand in January 2015. That was only two cities, however. We played those gigs with another Aussie band called Johnny Touch, as well as some great local NZ bands like Bulletbelt, who we later did a split EP with. Our first ‘proper’ tour was in South East Asia and we took with us a kickarse death metal band from Melbourne called Sewercide with us for all the gigs. However, we also played a few shows with some classic bands from Asia like LIFE, Reality Crisis, and Exhumation.

How did you come up with the name Bastardizer? Does it have any specific meaning behind it at all?

One night back in the early days of the band I was just scrolling over my record collection, and looking over some Motorhead albums it hit me! ‘Bastards’ plus ‘Motorizer’. Put them together and what do you get? The perfect name for this band. I think it can relate to how we bastardise music genres (such as black metal, thrash, rock, etc) and how we will make a bastard out of our listeners. It really suits the band down to a tee.

Just thanks for taking the time for checking out Bastardizer. We appreciate all our fans greatly, and to any punters hoping to catch us live, hopefully we will play a show near you soon. Keep dominating! Cheers.