An interview with Bruce from Deadwood Lake 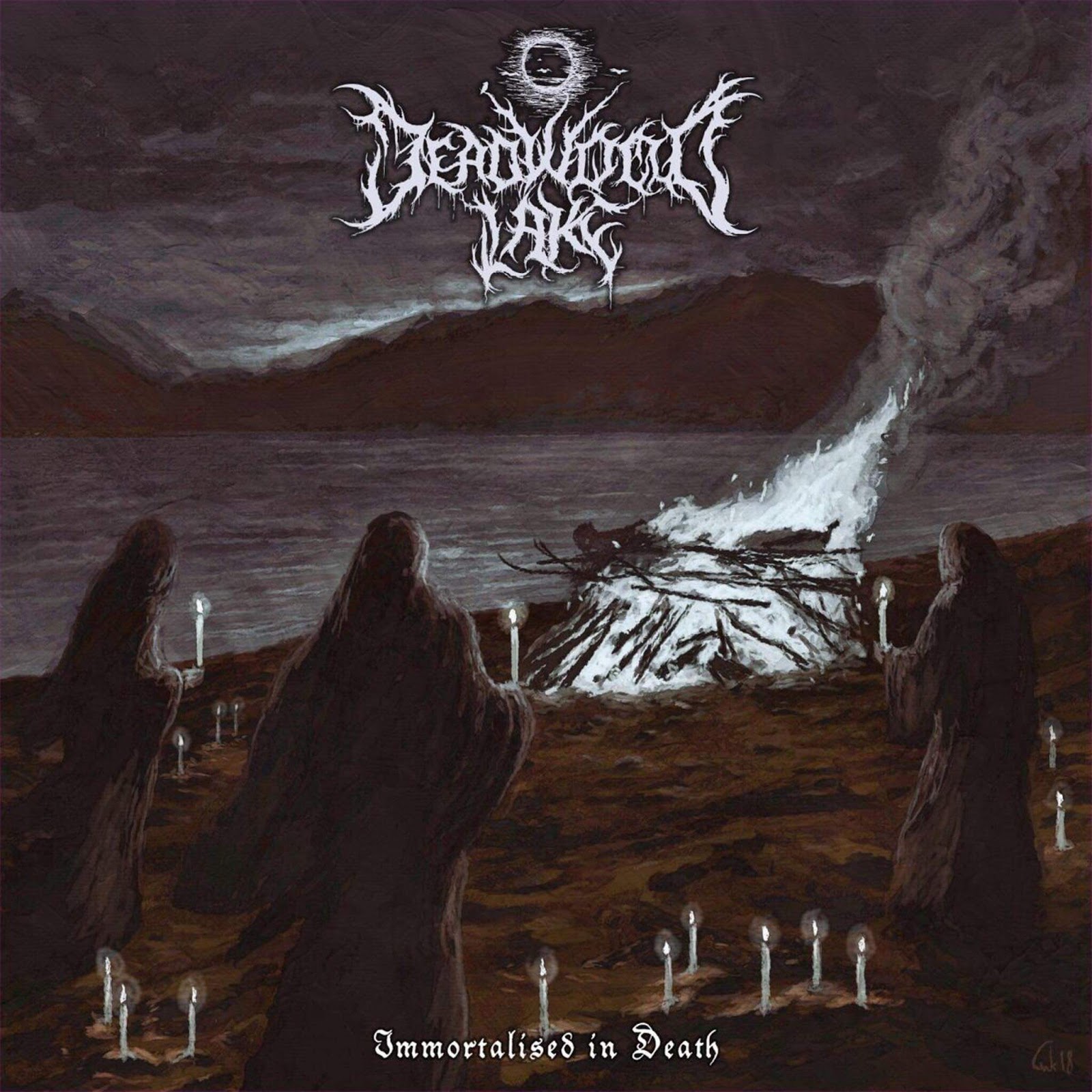 Recently I spoke to Bruce from Deadwood-Lake who are a black metal band from the UK.

Hi Bruce, thank you for reaching out to me.

If you would like to introduce yourself to the readers.

Immortalised In Death will be released via UKEM Records (UK Extreme Metal) on August 16th, how would you describe your feelings towards your second full length?

I know it is cliche to say ‘it is our best release yet’, but I can honestly say that it is. Immortalised In Death is our fourth release (We have released two EP’s and one full length prior to it) and in my opinion it is the only release from us that tops our debut EP Remembrance. Our debut EP holds a very special place in my heart, all of the music and lyrics on those songs were written very shortly after my brother passed away, so it is very raw and emotionally charged. Lyrically, I feel like I have managed to tap back into those emotions on Immortalised In Death and on top of that our musicianship has really stepped up, we have managed to expand and improve our sound whilst still sticking to our roots and it has resulted in superior song writing. So yes, I really do think ‘it is our best release yet’.

So since your first release with song writing being based on a personal experience would you say that is something you've continued to do over time or did it change as you got further into your time as a band?

All of our lyrics across all of our releases are in some way about the loss of my brother. Some songs focus on aspects of his life, some songs detail the time of his passing, other songs focus on how grief has affected me and what I have experienced during this time of loss, other songs go into the perspective of other members of my family and my brothers friends, to detail how they have dealt with the grief. I was incredibly close to my brother and his passing was a real sudden shock that completely changed my outlook on life, now it has almost been 5 years since he passed away and I still have plenty of lyrics to write about him. It is cathartic for me and I will continue to write lyrics about him for as long as I feel it is natural and honest.

It's a nice way to honour someone's memory, I for one know that it may be difficult to cope in situations like this and it's a very difficult subject to talk about but you're doing it in a creative way which I admire you for. Was your brother a fan of extreme music? Is that what made it feel right to start the band?

Yes, he was a fan of metal and extreme music, he was solely responsible for getting me into metal back when I was 11/12, I remember him coming home from a house party one day with a bunch Metallica, Slayer and Megadeth CD’s and that was the start of our descent down the rabbit hole.

Was Deadwood Lake your first band or were you involved with other bands in the past?

Both myself and Tom were in a progressive death metal band called Reign Of Perdition a few years back, but that band is no longer active. I’m not sure about Ryan’s past bands, I think he considers Deadwood Lake to be his first ‘real’ band, but he is also currently paying guitar in Wolves In Exile. 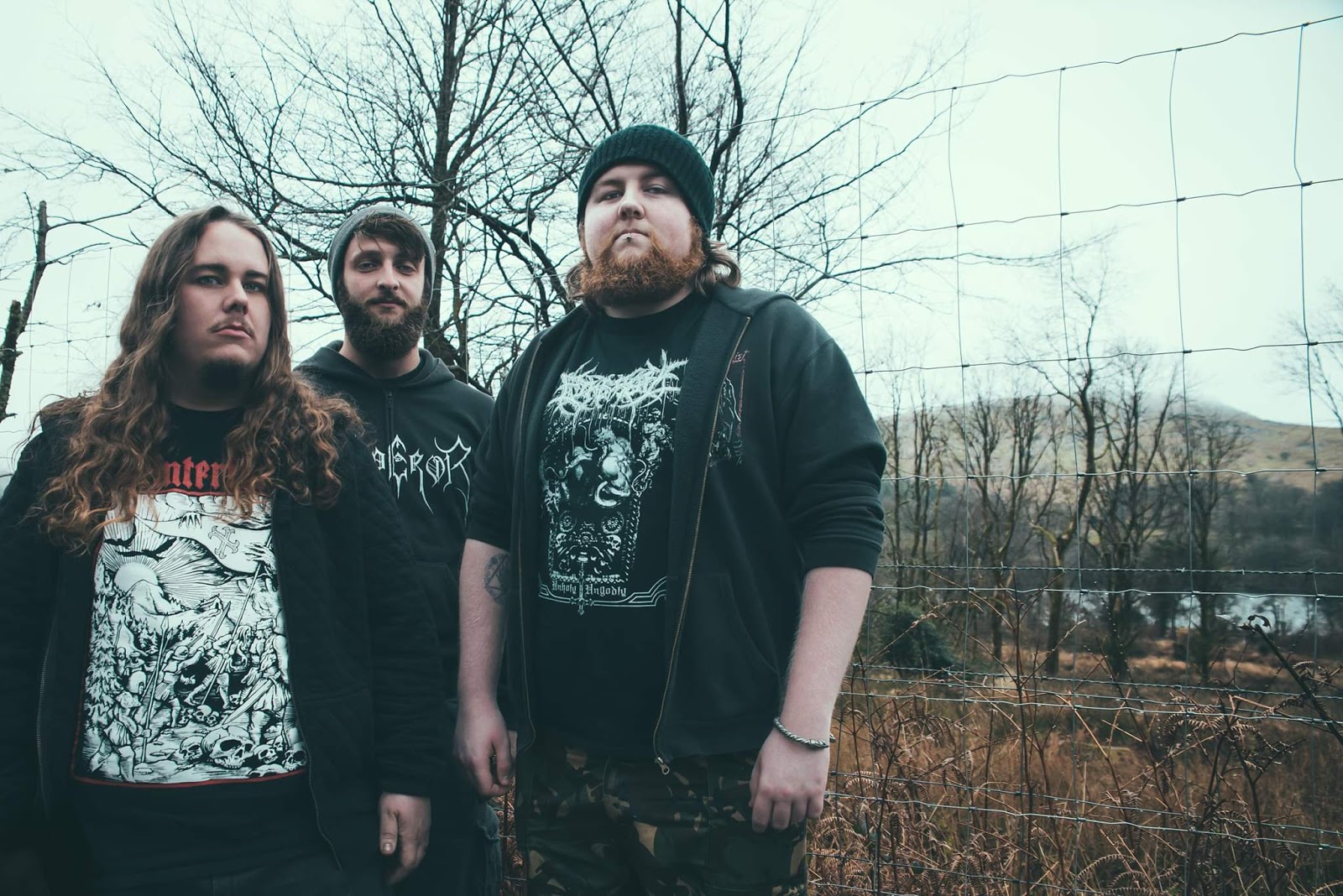 I'll have to have a listen to Reign Of Perdition as I am unaware, I spoke with Wolves In Exile a while back and they're nice guys, the artwork for Immortalised In Death is rather interesting, does it have any specific meaning behind it at all?

The artwork was created by the fantastic Misanthropic-Art and it contains a few nods to some of the songs titles on the album, for example the funeral pyre represents my brothers cremation which is covered in our song ‘My Ashes Will Remain’. The candles being placed around the pyre goes with the song ‘Vigils’ which is about the candlelit vigils my brothers friends held for him. The hooded figures approaching the pyre look similar to the grim reaper and that fits in with the song ‘The March Of Time’. Looking at the whole piece together it shows some mourning souls coming together to pay tribute and say goodbye to a loved one, which really is where the title ‘Immortalised In Death’ comes from, because through these songs and through us remembering him and paying tribute to him, he will live forever through us.

Whilst we're on the subject of the meaning behind things can you tell me why the name Deadwood Lake was chosen?

Well there’s actually no reason behind it whatsoever, it just sounded cool at the time!
It turns out that there are a couple of lakes in North America called Deadwood Lake, but they have no connection to the band at all.

How long after Forgotten Hymns did you start writing for Immortalised In Death?

Immediately. We actually had the framework for a few of the songs written whilst we were in the studio recording Forgotten Hymns. Apparently we write and record music at a very fast rate according to some of our peers, which I guess is true when you consider that our first release came out in December 2016 and now we are on the cusp of releasing our fourth release in August 2019. Right now we already have the framework for half a dozen songs that could appear on the next release, as well as the first draft of the lyrics.

So it's possible that we could be seeing an even newer release sooner than we think or will you keep it aside for a while?

You have quite a few gigs coming up soon, one in particular that caught my eye was Warhorns in Rotherham, you'll be playing alongside Abduction, Trivax and many more brilliant bands, do you have any gigs out of the ones you have booked so far that you're looking forward to the most?

We are going to sit on the new songs for a while and make sure we get them absolutely perfect before we even think about recording, so I can’t imagine you’ll hear anything until at least 2021.

Well Warhorns is definitely up there, but we are also particularly looking forward to playing The Blackwood Gathering in October and HRH Vikings in November! The line ups for these festivals are incredible and we are proud to be a part of them.

The Blackwood Gathering always looks good, Steve does an excellent job with it and he contributes to the UKBM scene in a huge way.

It was nice talking with you Bruce.

Thank you so much, it was nice talking with you too.

I hope everyone enjoys our new album and if you do catch us at one of our shows later this year, come and say hi! Stay safe.