An Interview with Damim 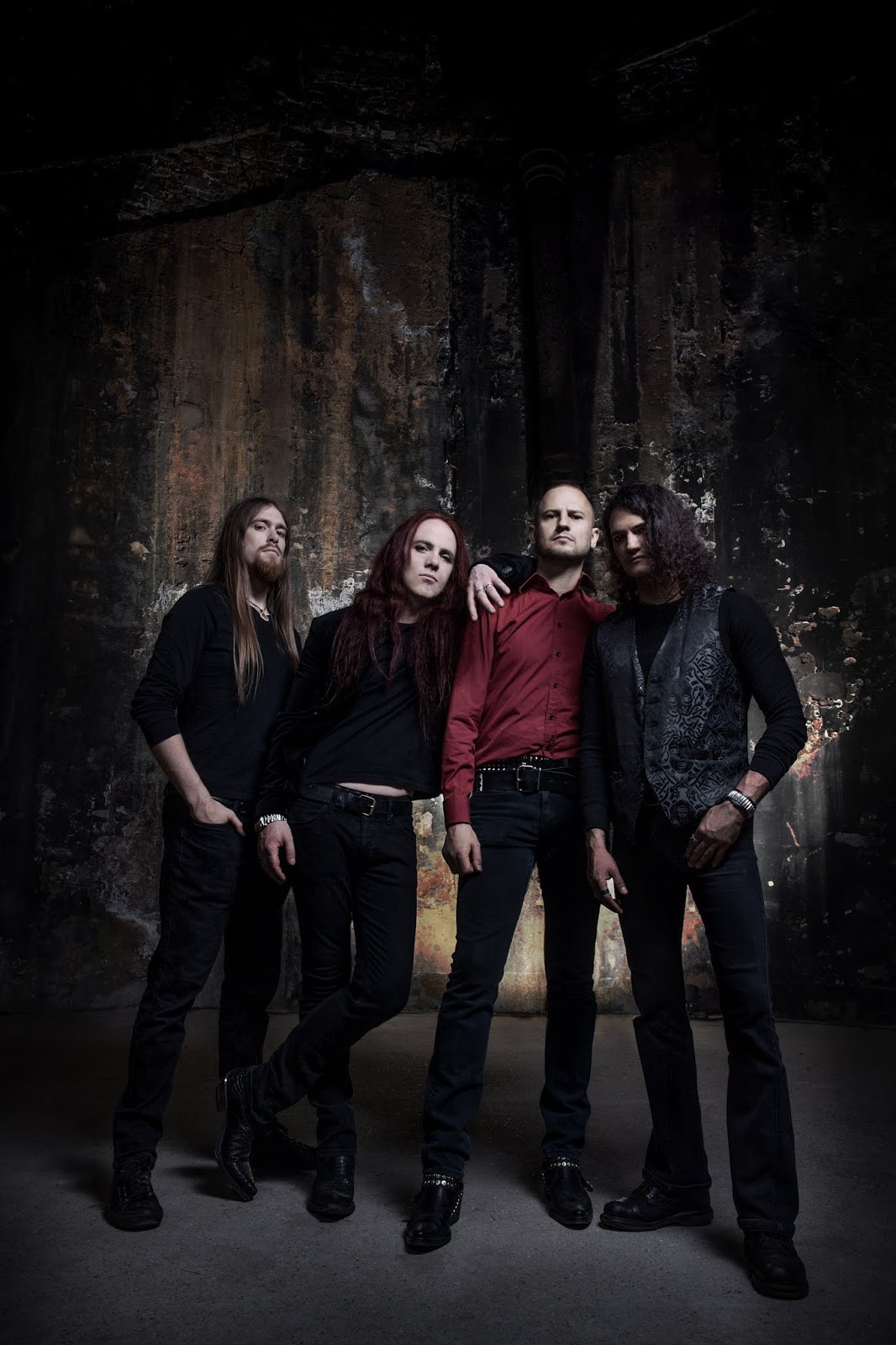 Recently I spoke to Damim who are a Blackened Thrash band from London
who have released their album"A Fine Game Of Nil" through Apocalyptic Witchcraft.

Could you introduce yourselves to the readers.

Nathanael - Guitar/vocals. I write a lot of the riffs and all the lyrics. The arrangements tend to involve our drummer Flow a lot.

Your album  "A Fine Game Of Nil" was released on the 28th of June through Apocalyptic Witchcraft, how would you describe the album in a whole?

Flow - It’s a culmination of the last ten years. Slightly angrier, but more reflective than the first two albums. Older, wiser, more annoyed at the state of things… Not always as fast, but more intense. It’s not really a concept album, but the title reflects a sentiment that infuses the whole record.

Nathanael – A cauldron of barely contained, white-hot, molten lava; spiritual war, grief at the collateral damage, outrage at cosmic absurdity; opening your eyes to the existantial anguish that underpins everything that you do; intolerance of the insufferable limitations hard-coded into the existence of sentience in this universe. You get the idea.

What 3 songs would you recommend to somebody who hasn't heard of Damim before?

Flow - From this album? In A Language They Understand, Rising Of The Lights, and All I Want To Know Is How It Ends. In that order.

Nathanael – If you want an intro to our sound as a whole, I would say something like “Eyeballing”, “This Has Nothing To Do With Apathy” and “Beyond The Call Of Emptiness”. But – most of our songs have their own thing going on.

In April you travelled to Ireland to play "Siege Of Limerick" what did you enjoy the most about your set and what bands stood out for you the most that day?

Flow - Ah, that whole thing was a great day. It was really good to play with some of our new Apocalyptic Witchcraft label mates such as From The Bogs Of Aughiska. I really enjoyed Conjurer. Plus the light show there was something else as I recall.

Nathanael - The vibe was exceptionally welcoming and friendly, the PA was loud & clear, the lighting was great and the staff were outstanding. We got a good length of time to play and a good slot and I think we made the most of it. It was good to play Ireland again - it was our first show in Limerick for a start. Band wise, AHAB, Zealot Cult, Senzar, and Unyielding Love were particularly good, but I didn't catch a bad band that day.


What would you say your main influences are when it comes to writing music?

Flow - I honestly try not to think about it!  Nathanael and I just make a good pair. It’s more about trying to create emotion, drive, intensity.

I pretty much learned how to play this style of music by joining Damim, so I don’t really have the list that you might expect. My biggest influence is…well….Damim!  That said, there’s the obvious things like Morbid Angel, and the Akercocke connection of course, but also stuff like Ministry and Killing Joke.

Nathanael - Musically? Morbid Angel, Emperor, Death, Aphex Twin, Godflesh, Killing Joke, Carcass, Meshuggah... Maybe. It changes quite regularly but those will always be loitering around the top 10. The other guys have other preferences but we broadly agree on many of the main ones. 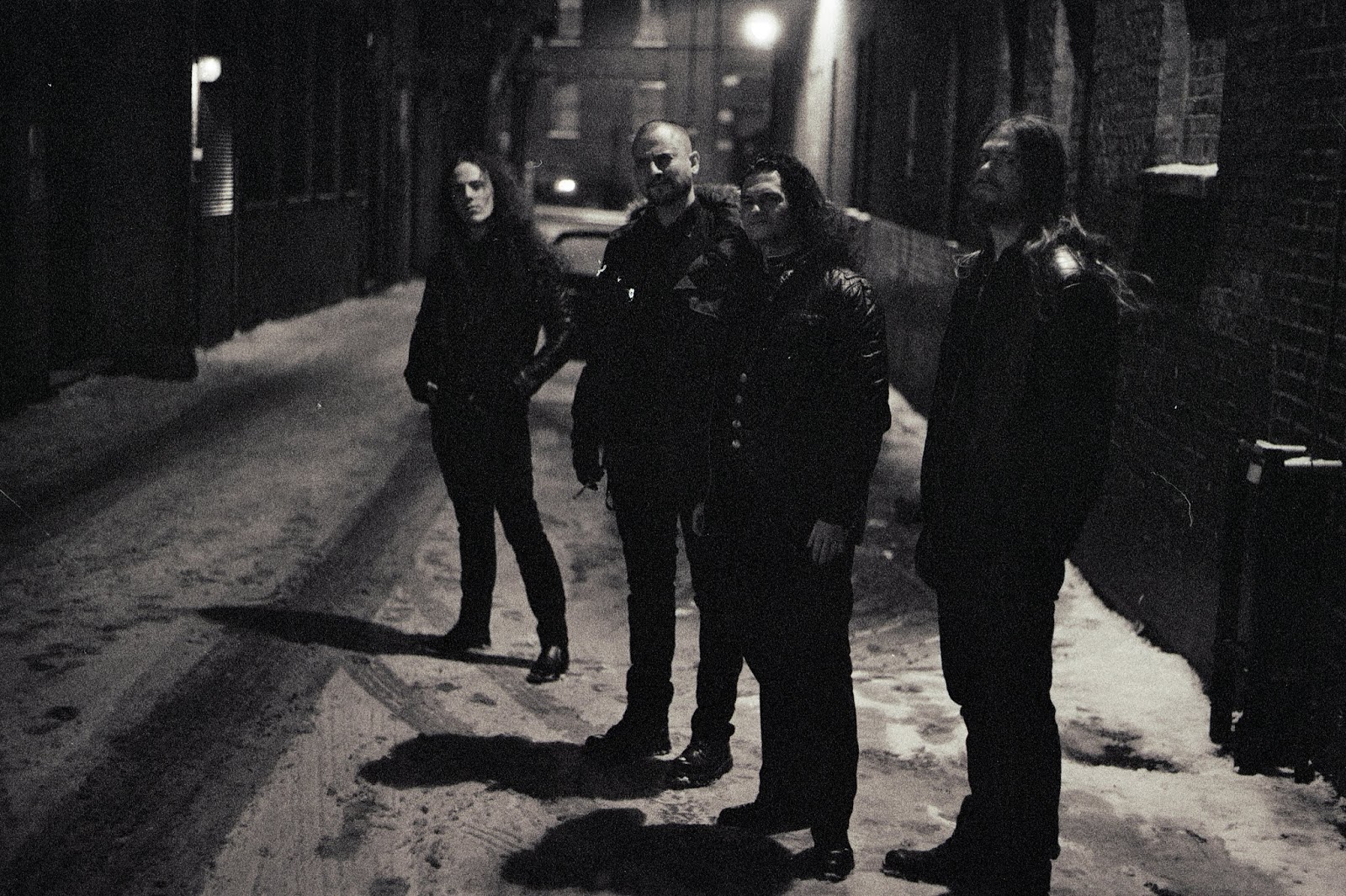 What was the first gig Damim played and how would you describe your feelings towards it?

Flow - The first shows were a short run with Shrines. I think we did one in Cambridge first, which felt more like a warm up for the London show at the Black Heart, which was where we played a lot of the new material for the first time. I get a lot of nerves before gigs at the best of times so that one was pretty intense! But I think we delivered.

Nathanael - If we mean as Damim... I think it may have been in 2016 in Cambridge. If we are talking about Dam that would be at the Red Eye in 1998 as a two piece - just Ron on drums and myself. It was a devil's church Sunday service gig put on by Mike – if you know, you know. He gave us £5.


What albums would you say you've been most impressed by so far this year? This can be any genre

Flow - Oh, I’m perennially out of date. I won’t get around to this year’s releases until 2025! So…Heaven That Dwells Within by Wormwitch has been getting fairly heavy rotation at the moment – that’s from this year right?

Nathanael –  Overall as far as 2019 goes the jury is most definitely not in a position to come to a decision, but while it’s not exactly a 2019 album but the Skaldic Curse release saw the light in 2019 – anyone who is a fan of Akercocke, progressive music and Black Metal in general should definitely give it a listen. Empath called for a few spins. The new Tomb Mold is solid. If you want unrelenting blast give the new Trench Warfare a listen. For evidence that England has its house in order when it comes to delivering high quality BM then spin the new Necronautical.


What would you say the meaning behind the artwork for "A Fine Game Of Nil" is?

Nathanael – It’s a metaphor I suppose, but one that’s still subject to interpretation. The vision came first, the message – if there is one – is something you make your own mind up about. Let’s start with what’s actually depicted. We can see a procession of humanity – all eras, civilisations, peoples, technologies – following each other to the edge of a monument. At the top of this monument,a gigantic stone hand loses its grasp on an equally massive burning torch. Said torch is falling into a rip in the fabric of existence. Those who have arrived at the edge of the monument are also falling into this void, which is starting to eat at the landscape itself. The landscape depicted could very conceivably be in the same world as that depicted on the cover of The Difference Engine...

"The Difference Engine" was released back in 2007, would you say anything has changed musically since or does it remain the same as it was back then?

Flow - There’s definitely been an evolution, which is hardly surprising I suppose as Nathanael’s the only member remaining from that era. It’s still recognisably the same entity, though. There’s an aesthetic there that has remained constant throughout.

Nathanael – It would be surprising if nothing had changed. I’d even go as far as asking how one would even go about attemting to repeat that. To write any record you need to have some kind of axis of musical chemistry to work with. The main contributor to the arrangement changed, therefore there will be different choices that will be made and a different feel imparted to any composition. Flow has a distinct sound a feel. The bass composition has shifted. I have incorporated different techniques. There are more different layers and structures that are explored. TDE has a great, particularly warm, coherently organic sound. Neil Kernon in mixing the album brought more focus and precision without sacrificing the living breathing authenticity of the gestalt. His grasp of our idiosyncracies was effortless and it is a privilege tp have had an opportunity to work with him.


Anything else you would like to add?
Any gigs you have coming up soon that people may not know about?