An interview with Nick Gosling from Ba'al 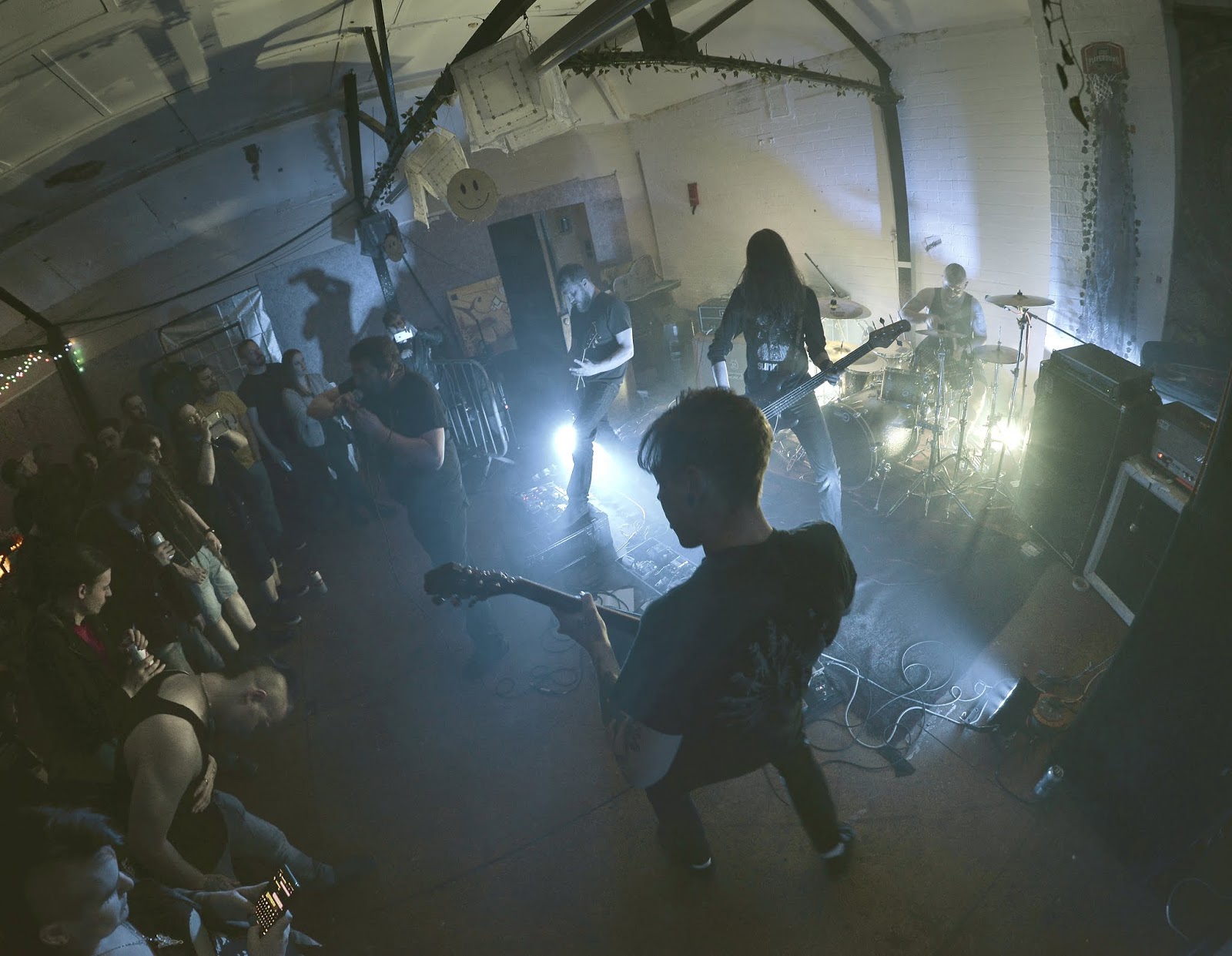 Recently I spoke to Nick Gosling who plays guitar in Ba'al who are a post-metal band from Sheffield UK.

I’m Nick and I am one of the two guitarists from Ba’al.

Tell me about the beginning of Ba'al?

Ba’al was started nearly 4 years ago by myself and our previous vocalist who has since left the band. It actually started as a sort of trad doom band which developed over time as our lineup changed and now we’re blackened post-metal or post-black metal or metal postmen or something. We’re a very different band today than we were then anyway, both musically and personally.

The name Ba'al was the name of one of the kings of hell from occult writings, what made you choose this name specifically?

Well, as worded in your question, it is devilishly suitable for an extreme metal band; and there is something about sharing a name with an ancient demonic figure that gives the name a greater level of gravitas. We found several threads online that gave us separate origins for the name, so there is still some mystery to it as well. But mostly I think there was just something that struck us as unusual about the word itself; the apostrophe in the middle and the odd spelling just made it seem memorable. We went through several naff names before settling on Ba’al which shall remain forgotten in the past.

What would you say the main inspirations are for the band, whether it be bands or common surroundings that have an impact on you?

I can’t speak for the others on this one but I think we’ve all seen this band as a means of creating something we can keep forever and be proud of. It’s something we can find some catharsis from as well, life is shit sometimes, and being able to channel everything into something we love is very rewarding. As for bands, we all have our favourite bands but we try not to replicate our heroes if we can avoid it. It’s fine if that’s what you want to do but we prefer to explore new ideas, we’re constantly sending each other new and obscure stuff we’ve discovered online.

Talk me through lyrical content, do you have any subjects that you focus on mainly?

I’ll have to defer to Joe on this one...
Joe: I'd say it's a variety of personal subjects such as grief, loss, anxiety and depression. I try not to be too on the nose or too specific with lyrics so that such broad subjects can be easily relatable to others, rather than just myself. The process of writing the lyrics is a catharsis though, like a purging of negativity or even just sadness.

What was the first live performance for Ba'al and how would you describe your feelings towards it at the time?

We opened for Conjurer in 2016 at the mulberry tavern in Sheffield. Conjurer were just starting to make waves at the time and I’m not at all surprised that they have become such a big deal today because they were already on another level. Our good friends in Hundred Year Old Man also played as well as Barren, who I believe have now split up unfortunately. We were nervous of course, I think I was only 18 or 19 at the time and this was the first proper gig I played but it went as well as I could have hoped. Seeing such amazing bands that night gave me an insight into where I would like us to be in the future. 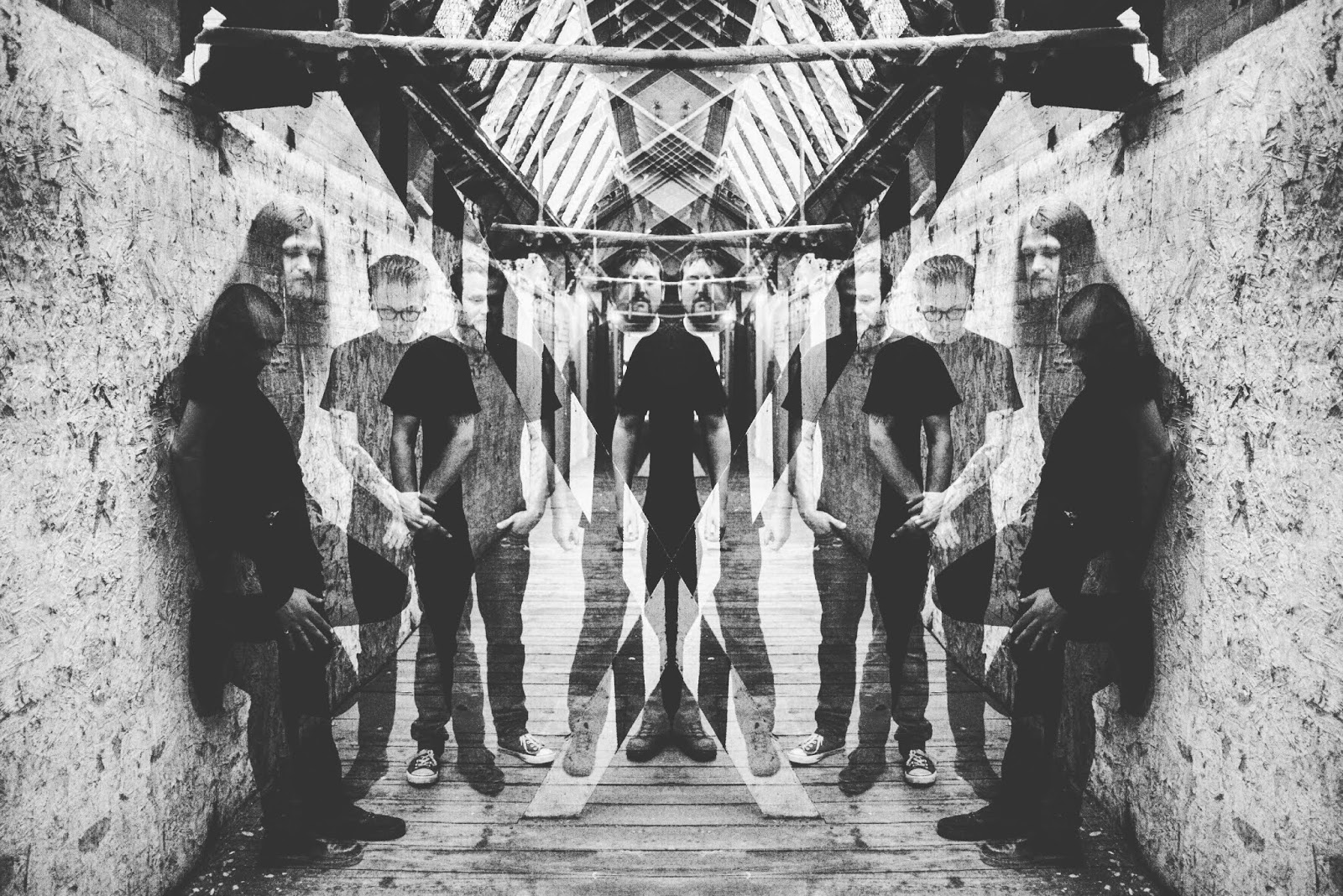 You released an EP this year titled Reverence, personally from listening this EP sounds very different to previous releases, would you say this is a new direction for the band at all with this release?

To a degree yes, around the time that Joe joined us on vocals we had been naturally moving towards the style heard on Reverence. We are actually currently sitting on a lot of material which expands on what we did on Reverence but also explores a few more ideas as well, so our next release will be a further development in our sound.  We’ve never really stuck to a specific genre though, and given our different musical backgrounds and tastes, we’ve found that it’s better to be open to anything rather than pigeonhole ourselves.

What kind of atmosphere do you try and create when playing live?

I personally like a visceral experience when I see a band live, especially a band with a sound akin to ours. Riffs are fine but there are riffs everywhere; I get drawn in by a certain je ne sais quoi, something that makes a band rise above the crowd and be the band you’re thinking about when you get home. The aforementioned Hundred Year Old Man and a great Sheffield band called Baba Naga are phenomenal live acts and a lot of that stems from a seamless flow from song to song, appropriate lighting and other little things like that which make a set feel like a carefully produced experience, and this is what we hope to replicate. We also like to use gigs as a form of release, so hopefully that comes across as well.

You played the new blood stage at Bloodstock back in 2017, how would you describe the overall experience?

Stressful but ultimately rewarding. We got a recording session with Russ Russell out of it which was also a great experience and we’re really pleased with the track we got out of that. Playing bloodstock itself felt like quite a big deal and we’re pleased to be able to say it’s something we’ve done. We signed up to the M2TM just because it was a gig and we never thought we’d win it really. But every heat we played was pretty much packed to the rafters. For that reason alone it’s worth doing.