An interview with Brian from Shrouded Recordings 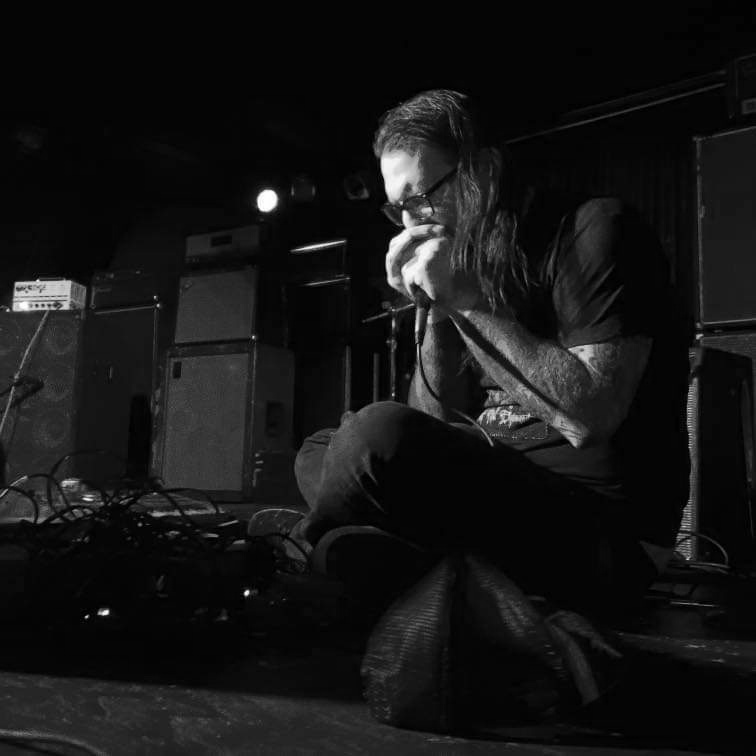 I recently spoke to Brian from Shrouded Recordings which I now present to you.


Thank you for reaching out to me, could you introduce yourself to the readers.

Hello I’m Brian. I run Shrouded Recordings. The label primarily focused of raw black metal and HNW
We are a cassette tape label only. Doing small runs for now.  The maximum I’ve ever done was 60 tapes. But usually I’m in the 25 count range.  We have some really great releases coming up this late summer/ fall, I also do a zine.

So tell me about the label then, how long has it been active for exactly and what was it that gave you the idea for it?

I started the label about 5 years ago. But I really didn’t know what I was doing. I mostly started it as a way to release my tapes. I put out a few splits and other tapes but mostly it was my stuff. I also started the zine then. I did 5 in a row pretty fast. Then unfortunately depression and mental illness took over my life. It’s been a real battle to stay just ok. So what happened was everything stopped about 3 years ago. The music. The zines everything.
It took a while and with a lot of self care and harm reduction for me to pick it back up. I slowly recorded a tape over about 8 months time and then released it   Much to my surprise it sold out really quickly. So I was encouraged. I decided to start working on a new zine and get some other releases out there. I don’t release anything that isn’t something I find kinship with.
As far as the zine goes. I got a large response by way of folks sending in their tapes for review. Literally they came in from all over the world   France, Australia, England, ETC. I got two great interviews and went for it. And within a months time I was sold out.
Everything from Shrouded Recordings is diy/ handmade/homemade etc.
so now we’ve made it to July. I’ve released a few other tapes that have been successful for what they are. I’m
Pleased that I’ll have another zine out by this fall
The idea of doing everything yourself is really fascinating to me. I love to work on the projects. Touch and construct every tape.

You've really built yourself from the ground up and success tends to reach people after time and it's shown it, I do agree, as stressful as it is it brings great pleasure knowing what your doing will be enjoyed by others, who did you interview at that time?

I’ve done interviews with The Rita. Deathstench   Sutkeh Hexen. MBD. among others. And I have some pretty rad ones coming up in future zines.

So where did the idea to start the zine come from? Was it something you had always wanted to do?

I had wanted to do a zine for a while. I love zines! But never had the guts to actually do it.
So I started pretty simply by emailing folks to see if I could get any interviews   To my surprise I got responses from some very kind folks. From there I decided to just start reviewing tapes that I had. Trying to stay somewhat current with them but not really bound by any rules. I did five issues then hit a very hard wall. There was a break from doing them.
After the 3 year break from doing them I’ve come back more focused than ever.  I feel I have a better vision for what I wanna bring now.
I also put out a call for submissions on social media and a few boards and have received many submissions its so great getting packages from all over the country and world. It makes my day when I get something like that in the mailbox!

I agree it's a good feeling especially when it's a band you really like, obviously not all of them have time for it but it's nice to even get a response, when starting out with the label did you find it difficult balancing it out with your life outside of it?

My only issue I had was money.  It took a little bit to get up and running. But now most generally things pay for themselves. Thankfully. I just put any money made from the label back into the label.
The other difficulty is that it’s so expensive to ship overseas!! I did a few splits with guys across the pond and man it was super expensive to ship them their copies. That was 3-4 years ago. Now. It’s even far worse. I just have to be straight up honest with everyone and let them Know there will be a large bill for shipping.  I’d like to say a big FUCK YOU to the USPS.   They make it so difficult to ship overseas and charge ridiculous amounts. I’m not the first to complain. Otherwise it’s been a joy making tapes and zines   If anything its enhanced my life. I’d like to thank the multiple folks who have purchased tapes and zines from another country than my me. Thanks for believing in SR!! 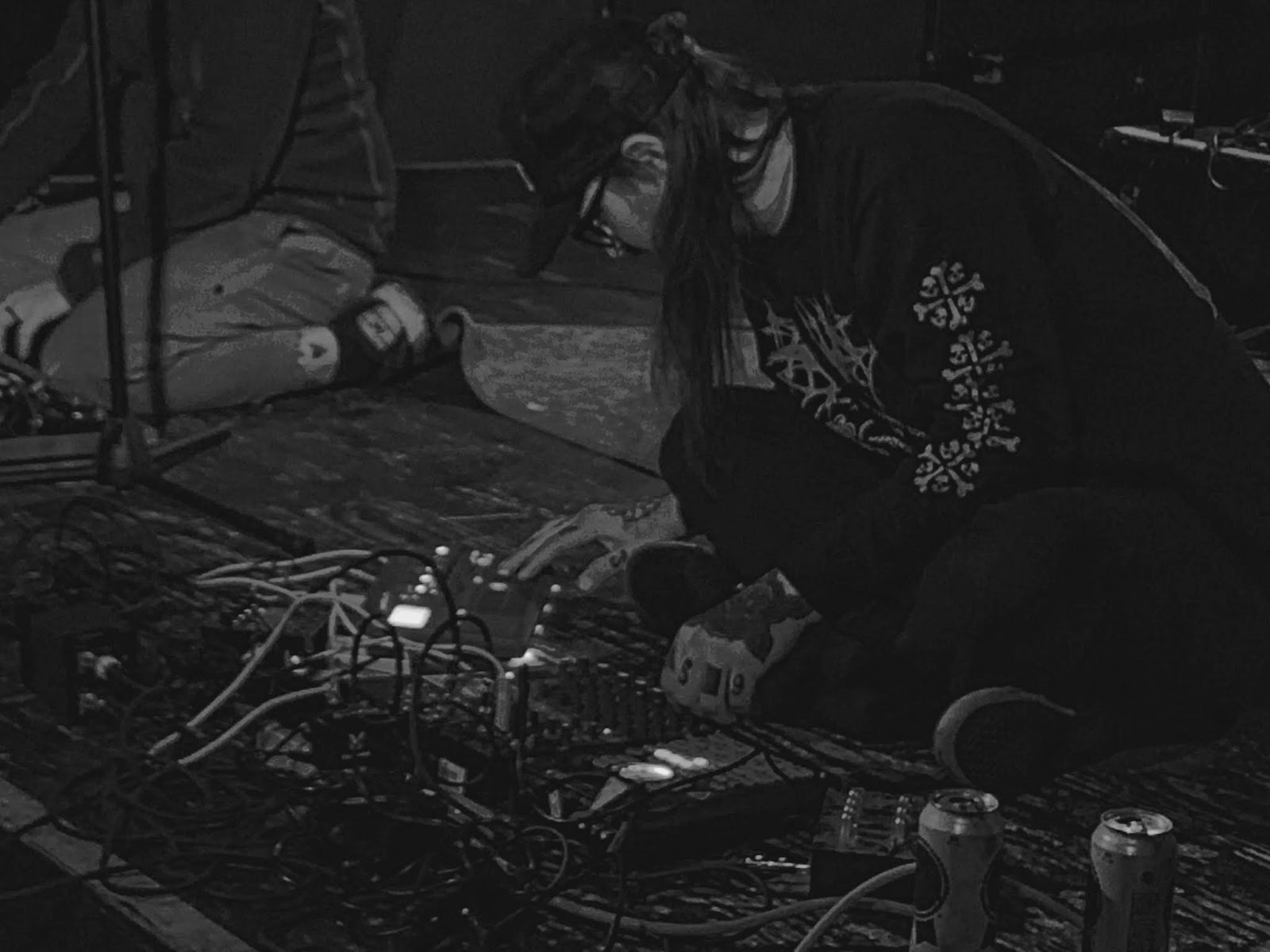 Shipping is absolutely ridiculous when it comes to most places overseas, before I started interviews I was selling prints from photography I did of nature etc, When it came to calculating packaging and shipping costs I just figured I'd be spending more than earning, Do you see yourself releasing music on any other form other than tape or is that the main focus?

I will most likely just stay a cassette tape label only.  I don’t see that changing. I have no interest in cds. I would love to do vinyl but I don’t think I’ll ever reach that level.
Tapes are also all I write about in the zines. I love the cassette tape format. I have many a tapes. I’m so into them I’m actually someday when I got the cash I’ll be getting a tattoo of a tape. It’s been in my mind for a few years now.

Onto reviewing tapes, what would you say is the best tape you've reviewed so far and why?

Holy shit. That’s one tough question. I honestly don’t know. I did so many years ago and now I’m just getting back into it.
I will say creative packaging. And an overall ascetic that creates a great presentation is what i really find valuable.
My favorite tapes are probably ones that come from folks like me. Hand dubbed. Hand made as much as possible. HNW and underground black metal both have huge potential to be exactly what they want to be on presentation. Because so often the artist is involved way more in the making of and design of the tapes. I appreciate those that put their heart and soul into it. I would say those are my favorites.

I tend to start asking these questions towards to end of my interviews because I'm really interested in what people have to say when it comes to favourite releases etc, like you mentioned the ones who are completely D.I.Y have a lot of meaning to them because of the amount of effort that person puts into it, so focusing on the favourites and with Black Metal being a subject I do tend to focus on a fair bit when it comes to my interviews, what would you say are your crucial black metal releases all of time?

Black Cilice. “.banished from time” Woddrea mylenstede “ demo 2” wolves in the throne room “two hunters “ Xasthur “ subliminal genocide” weakling “ self titled “ Leviathan “massive conspiracy against all life” drudkh “ forgotten legends” Cripta Oculta “Sangue do novo amanhecer “  Black Witchery “desecration of the holy kingdom” those albums have all had a tremendous influence on me. Are timeless treasures I often listen to.

Some really good choices of yours, some people may plan ahead and some just wait and see what it brings for us but what are the future plans for "Shrouded Recordings"?

Thank you kindly.
Well. The plan is to continue to seek out interesting interviews with folks. And have some excellent reviews. Also to see more releases coming out in both genres of focus. We have some exciting tapes coming out this fall. From Disfavor, a special one sided tape is in the works. SBTDOH is doing some splits with both Support Unit & Clive Henry. Hexenight should be releasing “tremble” and most likely another ep. There also is also some releases coming up that cannot be announced yet in the raw black metal genre.
As long as I remain in Good health and the funds are there, my goal is to see SR stay steady as a micro-label / zine haus.

I wish you luck with the future and I look forward to further releases from you, thank you for taking the time to talk Brian.

Yes. This has been a great experience

I’d like to give a shout out to all that have participated in SR activities. Whether by submissions. Art etc. you all know who you are. And thank you to the folks buying my art! This would not exist without the support I have received!


Thank you for your time Brian.

Be sure to check out and support Shrouded Recordings via the link at the top.