An interview with Clare from Edenfall 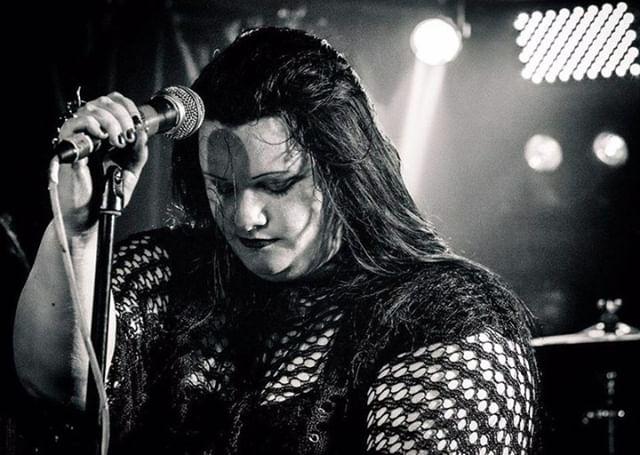 I recently spoke with Clare from Edenfall.

Follow the link to listen and support the band: https://edenfall.bandcamp.com/

You can read our full conversation below.

Thanks for taking your time to take part in this interview, if you'd like to start this off by introducing yourself to the readers.

It’s no problem, thank you for taking the time to interview me!

I’m the front-woman and co-founder of the Cotswolds based blackened doom band, Edenfall. After a two year hiatus and a slight change of direction, we’re back on the U.K. scene and currently writing music for our third studio album.

Tell me about the hiatus, what was the reason behind this?

For a couple of years, things started to feel as though they were becoming a little stagnant: new material wasn’t coming as quickly as we would have liked and started to lose passion for our live shows, playing the same material over and over. I suppose this, alongside a couple of members leaving the band, meant that we felt a loss of inspiration and passion for what we were doing.


Then, in 2017, I went through a very traumatic, but life-altering ordeal which led to a lot of growth for me, spiritually and emotionally in particular. I really felt like I had something different I needed to explore, so I admittedly completely lost focus on Edenfall whilst I went on to write and release my debut album with my solo project, YYLVA, in September 2018. In truth, both Rob and Sean have had new songs waiting in the wings for me to contribute lyrics to for a long while now! I suppose you just never know when inspiration is going to come to you, and quite frankly, I never find it worth putting pen to paper when you know nothing of substance will flow. Luckily for me, I started to feel inspired to write a lot more earlier this year and now we can’t wait to show what we have conjured within the dark...

I guess that tends to happen within bands, falling in and out of love with the music itself, I know from experience and it eventually led to me just not wanting part of it anymore, you also mentioned a change of direction? Was this to do with the genre itself?

Haha, exactly! Ironically, I’m actually going through the falling-out-of-love phase with my solo project currently, but you’re right - it happens to us all, sometimes you just burn out doing the same thing for too long.

I think the biggest change you’ll see in our music and our branding now is that we have dropped the ‘Gothic’ tag that we always used to associate with. I think when we were younger, we placed too much emphasis on this and as a result inadvertently pigeon-holed ourselves in a very specific niche, with certain expectations we felt we had to meet. Now don’t get me wrong, gothic elements are still very much an influence for us and our music, but there were many other elements we wanted to explore within our music. We were very keen to add more blackened elements within our music and I personally wanted to explore darker and more mysterious themes, with both lyrics and music exploring folk horror narratives. We have always flirted with heathenry in our music, but we wanted to make this a core focus in our new material. We’re inspired every day by the natural beauty that surrounds us and really wanted to celebrate the rich history, folklore and magic of this through our music - I think this is something we could all be reminded of, especially with the state the world is in right now.

I think when bands tend to brand themselves as for example like "Edenfall" with the Gothic brand, you tend to have that feeling as if you have to live it up to that tag because it's somehow expected from you, upon contacting me a while back I had a listen to "Edenfall" and straight away I grasped a "Cradle Of Filth" sound? Are they a major influence on you would you say?

I would definitely say Cradle of Filth have been a huge influence on us, both musically and probably in the way we have presented ourselves on stage in the past too. Both Rob and Sean who contribute to the songwriting are very inspired by their earlier works, so no doubt it will have shone through in some of our music.

I wouldn’t necessarily say that Cradle have been one of my own personal influences. Lyrically, I am mainly inspired by Gothic and Romantic literature (the likes of Edgar Allen Poe, W.B Yeats, Peter Bysshe Shelley etc) and Tolkien, as always!

Collectively, I would say some of our main musical influences would be My Dying Bride, Paradise Lost, Draconian, Agalloch and Burzum.

You mentioned your side project YYLVA in which you are the vocalist of as well as playing the Harp, I have two questions for this one, does YYLVA stand for anything? And what made you want to add the Harp to this project?

YYLVA is actually a variation on the Swedish name ‘Ylva’ which means she-wolf. Not only did I think it had a nice ring to the sound in which it’s pronounced, but the context of its meaning described the mysticism that I have tried to exude from the music of this project. My debut album ‘The Wood Beyond the World’ is all about the veil between the mundane and the arcane: the earthly and the spiritual.

I started to learn to play the harp around six years ago now after listening to the wonderful music of Loreena Mckennitt, a wonderful Canadian folk artist whom i've loved for many years. I suppose the sound of the instrument in itself is so enchanting that I felt it really lent itself well to this kind of project. Plus, I’m always trying to think of innovative new ways I can approach music: blending the harp with elements of atmospheric metal was one way I could do this! 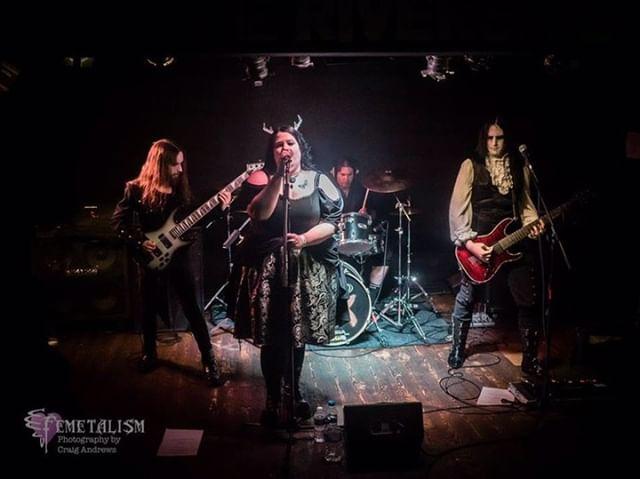 Your debut performance with YYLVA was back in 2017, how was it in a whole?

I’ve very much enjoyed performing smaller, more personal acoustic sets with YYLVA as it’s certainly a lot different than playing in a band with noisy metal musicians! I’m lucky to have had such a great reception at all of the gigs that I have performed with YYLVA: strangely I tend to find myself often billed on black metal gigs, but everyone in the U.K. scene is always so supportive, it’s incredible.

One thing that I would really love to do at one point with YYLVA is to put a full band together so I could play the heavier songs off my last release, but I think a full band set up with the harp would only be feasible if I had an electric instrument, which unfortunately I don’t think will happen any time soon due to the pure expense of them. Who knows, if Camac or Lyon and Healy are reading this they are more than welcome to endorse me, haha!

Whilst we're on the subject of live performances, when was the first one for "Edenfall"?

Our first performance was back in 2013 at a venue called The Polish Club in Barnsley. I don’t think it’s there anymore, but it was a great gig for our first performance! I remember spending far too much time taping black rose and ivy garlands around the mic stands at an attempt to make the stage look more appealing and the fact we didn’t have a drummer at the time and just had programmed drums on a backing track didn’t seem to phase us! Looking back, I probably would have done things a lot differently now, but I suppose that’s the beauty of growing as a musician all the time - it’s a journey and we all have to start somewhere!

Exactly, it's basically a learning curve, when did you get an official drummer then?

Our first drummer Marcelo joined us after we’d done about three shows without one in the summer of 2013. Adding drums to our lineup certainly made all the difference to our live and recorded sound and I think took it to the next level that we needed at the time. I know there are many bands that use drum machines etc and I think this can work if you perhaps have more electronic or almost industrial elements within your music, but it certainly didn’t suit our style of music.

So the drums were literally the missing piece to be able to create exactly what you were hoping for, for the final part of the interview it's still going to be music based but straying away from Edenfall, what albums have stood out for you so far this year?

So far this year I would have to say I have really loved Swallow the Sun’s ‘When A Shadow Is Forced Into The Light’, Rotting Christ’s ‘The Heretics’ and Saor’s ‘Forgotten Paths’. I’m sure there will be more brilliant releases coming later this year and next: in particular I’m looking forward to hearing the debut album from my friends in Wolvencrown and also what My Dying Bride and Draconian have been working on!

"Forgotten paths" is a brilliant release, oh I agree this year has still got more in store for us and I'm ready for what it brings.

Thank you for that Clare I appreciate it.

No worries, thank you very much for giving me the opportunity to speak about my biggest passion and for your support of the underground scene.

If anyone is interested in keeping up with what Edenfall are up to, please feel free to follow us here: