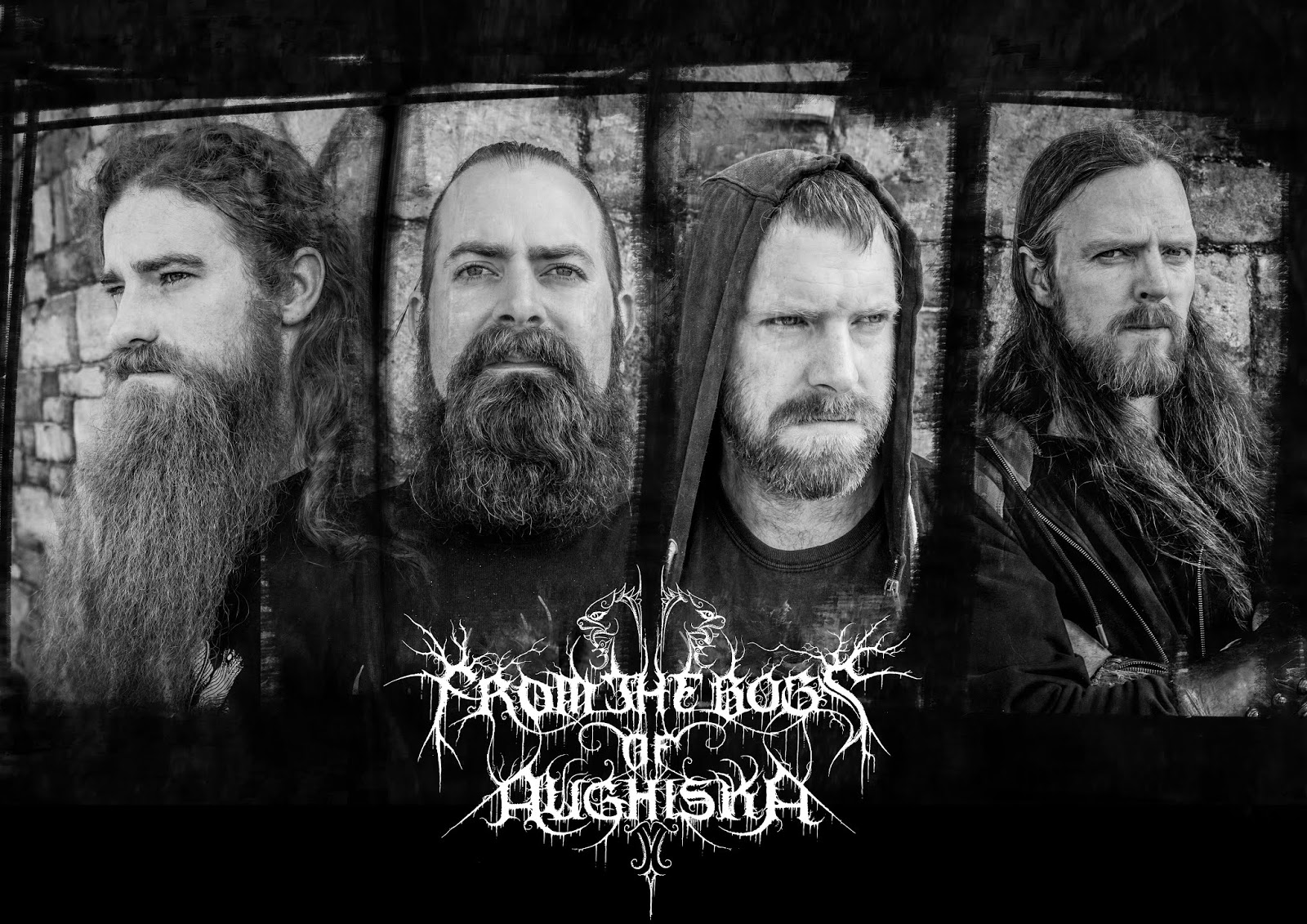 My name is Conchúir O' Drona, I am the founder of the Irish dark ambient black metal band From The Bogs of Aughiska & owner of Extreme Metal label Apocalyptic Witchcraft Recordings.

What is the meaning behind the band's name ”From The Bogs Of Aughiska"?

Aughiska More is the name of the region I grew up in which is on the Cliffs of Moher road between Lisdoonvarna and Doolin in North County Clare in Ireland. When I was growing up the area was surrounded by bog which is now covered in forest.

The album art for "Mineral Bearing Veins" is rather interesting, who designed this and how did you describe exactly what you wanted to this artist for them to picture that image?

Ken Coleman is responsible for the layout and the artwork. I met Ken when I lived and studied in Limerick in an infamous rock pub called ‘The Highstool’ around 15 years ago through a mutual friend in death metal band Zealot Cult. When I moved away from Limerick we lost contact, but I kept up with Ken’s work online and through the Terrorizer magazine CD covers he designed. I was blown away by the art he created called ‘Ancient Munster,’ and some years later we met again, this time at Siege of Limerick festival in Limerick’s Dolans’ where FTBOA was performing, and he agreed to do the artwork for Mineral Bearing Veins. I gave Ken a brief outline of what I wanted and he came up with some excellent art for the cover. The rock formation is the portal tomb called Poulnabrone Dolmen, which can found in The Burren in Ireland. The stag-like creatures are symbolising the ancient spirits of the land.

From the self titled release back in 2010 up to "Mineral Bearing Veins" would you personally say that the sound has changed?

Yes, there has been a big change in the band’s sound since the first album which was solely written by myself and had a more Celtic inspired dark ambient / power electronics sound. The recent album was created with a full band and mixes dark ambient elements with black metal entwined with Irish folklore. I like the idea of progressing our sound with each album as there isn’t any point repeating ourselves musically.

In April you played Siege Of Limerick and during your performance, you had Eddie Lenihan on stage with you, what kind of relationship do you have with Eddie?

I have been in contact with Eddie since around 2012 when I was working on the second album ’Roots Of This Earth In My Blood’  and Eddie kindly allowed us to use a spoken word piece that became ’An Seanchaí’. It was a dream come true to share a stage with him at Siege of Limerick and I hope we can play together again in the future.

You're also part of "Apocalyptic Witchcraft" who have released some brilliant records, how long have you been in that side of the music industry for?

I’ve been working in the music industry one way or another since 2005 when I started working for the legendary Earache Records where I was involved in setting up their digital department.  After Earache I joined Plastic Head Music Distribution as head of their digital department and also did A&R for Candlelight Records until Universal / Spinefarm bought it. My signings for them included Abaddon Incarnate, Altar of Plagues, Gnaw Their Tongues, Khors, King Parrott, Kontinuum, The Meads of Asphodel, Wodensthrone and Zatokrev to name a few. After Candlelight, I decided to set up Apocalyptic Witchcraft as there seemed to be no decent independent extreme metal labels left to release the music I wanted to hear. Nearly 5 years later and we are going strength to strength.

Did you have any other bands before "From The Bogs Of Aughiska"?

Before FTBOA I did extreme electronic music in a project called Drugzilla. Some of the highlights from the Drugzilla years were being main support for Anaal Nathrakh on their UK tour in 2011 and being crowned ’The Clare Peoples’ (An Irish regional weekly newspaper) artist of 2008! You can check out music from Drugzilla @ https://drugzilla.bandcamp.com

You played with "Ulver" back in 2010, how did you feel about that and what was the reception like for your first live show with "From The Bogs Of Aughiska"?

The Ulver gig was the second FTBOA gig when I used to perform solo and was in an old theater in Rotterdam in The Netherlands. It was a surreal experience. The audience wasn’t sure what to make of the music but enjoyed the visuals. The first FTBOA was the night before as part of the Footprints music nights put on by my good friend Joost from Terzij de horde in Utrecht with Aderalting (Mories from Gnaw Their Tongues) , Murw and Northward (later these became Laster) . I played an hour-long set which in hindsight was a bit too long for a new act but it had a hypnotising effect on the audience and went down well.

Describe in your own words how you think "The Bogs Of Aughiska" sound?

It’s the musical equivalent of standing on top of the majestic Cliffs of Moher with a gale force wind in your face.

Thanks for the interview. To keep up to date with FTBOA check us out on Facebook & Instagram:
https://m.facebook.com/fromthebogsofaughiska/
https://www.instagram.com/ftboa/