An interview with David of Bmod Beer 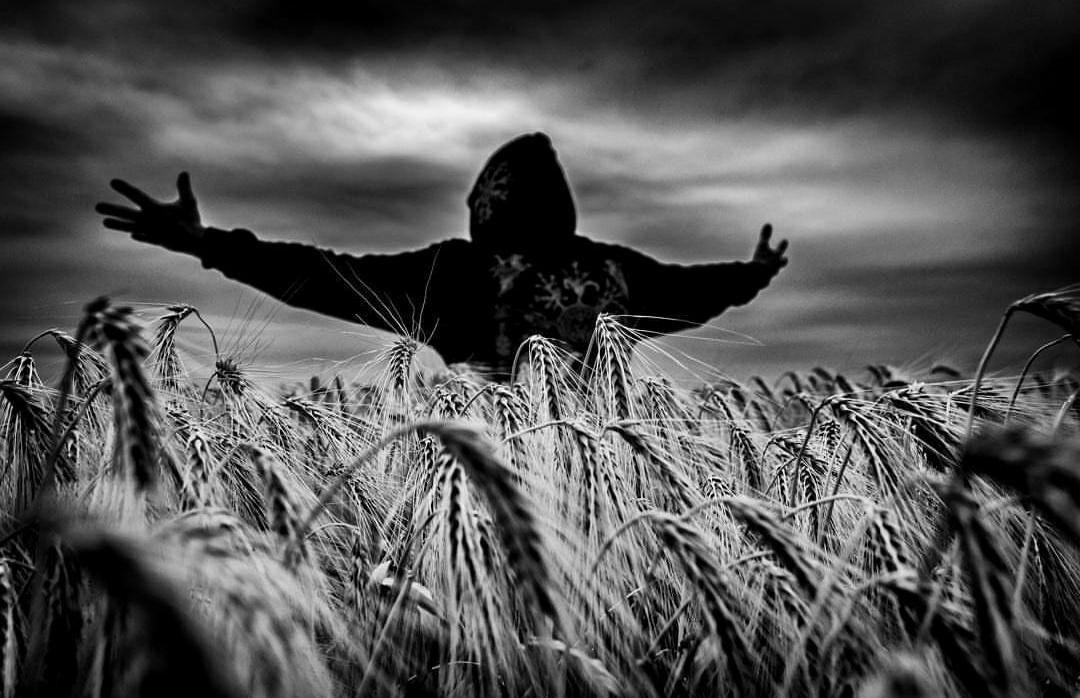 As some of you may know recently I've been exploring outside of bands/band members to speak to those who contribute to the scene in different ways.

I spoke to David of Bmod Beers to gain more of an insight on his work.

I now present this to you.

Thank you for your willingness in taking part in this conversation, could you introduce yourself to the readers.

My name is David, I'm living in a small village in Belgium, not far from a large beer factory. In short: I am the guy brewing beers, inspired by (mainly) metal.

Where did the idea come from for brewing metal inspired beers?

I have always been interested in doing things myself: making hot sauces from homegrown chillies, fermenting cabbages to sauerkraut and so on.
The idea of trying to brew my own beer came from the fact that despite living in Belgium, the choice of  very special beers is rather limited. Most Belgian breweries concentrate on the classic Belgian styles: strong dark ales, tripel, perhaps even a quadruple or a watered down IPA. But it's really difficult and expensive to find decent imperial stouts or massive barleywines. So I decided why not try it out myself.
So I started with reading and learning, which I am always doing with music. At a certain moment, working on my first recipe, I was listening to the Imperator album of Dødsengel. And there the idea came: "Imperator is not a bad name for a massive barleywine".
So I also listened to the album during the brewing and it just felt right, it was natural, it gave me a good feeling. At that moment I decided to brew only beers, inspired by music that is very important for me.
That was the beginning of BMOD.

That's rather interesting knowing the power of music can literally inspire you to do anything at all, did you make any of your first beers available to public or was it strictly with a select few people?

None of my brews are officially sold. I only share and trade from time to time with friends and comrades.
There are some very limited opportunities on which it will be possible for everyone to taste a BMOD brew: Invicta Requiem Mass in Porto and Grimm metalbar in Gent will most likely the only ones this year. Besides these there are 2 upcoming (metal/nature inspired) book releases for which I have created brews that will be served on their respective "release parties", but no release dates yet.

So do you ever see a time in the future where they could be made available for anybody or are you happy with the way things are at the moment?

I would really like to make my brews available and I am taking small steps to do so. But I will not rush things as I don't want to compromise in my brewing. Many of the beers I create are very work-intensive and I don't care if I have 20% less bottles if the quality/taste is better. So I will keep on going as I am doing before. After all: I am only brewing now for 4 years and there is still a lot to learn.

I guess it's best to take your time and not rush so much into it, I was genuinely wondering because I saw G had the "Zwarte Dood" you had done and I was wondering where I could get my hands on this, When it comes to brewing the beers do you have to get permission to use anything related to the band on the bottle? I imagine you don't seeing as they aren't sold to general public but you can never be too sure.

That "Zwarte Dood" is for me a special brew.... One of the reasons for giving one of them to my good friend G.
When possible I  ask the permission of the band if I know how to contact them. But as you mention: I am not selling or earning money with the beers and when I am able to meet the band during a gig, I am always offering them some bottles. You could see the beer as a kind of tribute. I guess that all those bands playing Burzum, Mayhem or Darkthrone covers are doing the same, I am just doing it in liquid form. Only in the rare cases where I am using the official artwork I have explicit approval.
The nice thing is that up till now all bands react very positively on what I am doing. Up to the level that I am asked to create beer for upcoming releases. 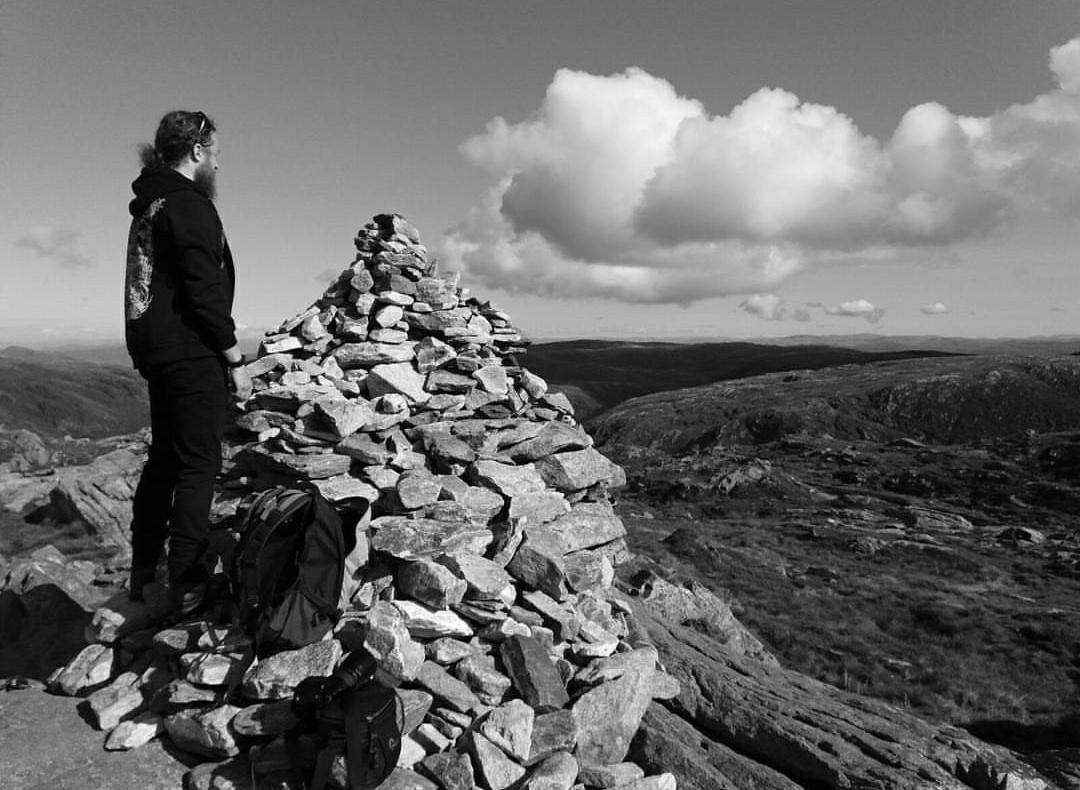 I can imagine it being an extremely good feeling knowing that your tributes are being appreciate by the bands themselves, I know they can be very busy people but taking the time to appreciate somebody's is what people like to see.

So with the idea for the brews being more so black metal based let's switch it up onto that subject, what have been the most stand out bands of the genre that you've seen recently?

The last few months I have been at many fantastic gigs, but without doubt, Darkspace in Brussels was one of the best ones I ever experienced. It was the 3rd time I saw them, but in some way it transported me outside this universe.
Besides that I certainly want to mention: Akitsa (Copenhagen) Ærekær (Copenhagen), Adaestuo (Brussels), Wolvennest (House of the Holy), Schammasch (House of the Holy), Voëmrr (Invicta Requiem Mass), Tormentu (Invicta Requiem Mass),...

Darkspace are a brilliant band, House Of The Holy looked amazing, the scenery, the bands, it just looked like the perfect place to be, I've noticed you have a fair few records, what have been your most recent pickups that you've enjoyed a lot?

Too many to mention them all, but I am especially touched by the latest releases of Óreiða, Andavald, Wormlust/Skáphe, Ærekær, Zwarte Dood, Degredo, Our survival depends on us, Misþyrming, Voëmrr, Saqra's Cult,...
But the best new music that I have heard this year, is the pre-master of an upcoming album for which I was asked to create a dedicated brew. I got a "carte blanche" from the artist to create a brew that is solely inspired by the music. Information about this brew will only be revealed in due time...

Some good choices, I do look forward to seeing what this next brew is going to be.

Aside from brewing do you have any other projects or interests that you regularly focus on?

Well besides brewing I am also very fond on growing hot chillies (ranging from mild to nuclear) and I adore hiking and via ferrata. In the past I was also creating music (both ambient and black metal), but I didn't find full satisfaction in that, so now I only pick up my instruments very seldom.
When I have some time left, I try to read but  with a busy job, a family and the brewing my days are always fully packed.

Sounds like a busy life but I guess we have to keep occupied, my final question is in relation to what you have just mentioned and it's about the music you were creating, can you supply more information on this as it's obviously something in relation to the other interviews I do with bands/band members.

My ambient project "Snaga" started as a kind of old style dungeon synth, but it became very quick more and more abstract. I made a few demos, which were mainly given to friends. The end of the project started after performing live... I had a feeling at that time that It  was done.
My (black'ish) metal project Ered Lithui was created after I quitted Schemerrijk. All the music was improvised as I was tired of playing always the same riffs in Schemerrijk over and over again. A few demos are out there and I guess the latest album can still be found somewhere for free on the internet.

Interesting, I shall see if I can find them somewhere and have a listen.

Thank you for taking part in this David I appreciate you taking the time to answer my questions.

Thanks to you for putting all those other contributors to  the underground music scene in the spotlight.
My sincere thanks goes to all the bands and friends which have supported me on this adventure, especially my wife/partner for coping with all mess that comes with this activity.
And concerning BMOD: many interesting beers and other creations will be coming up soon, so keep thirsty!


Thank you again David and to those who have took time to read this.