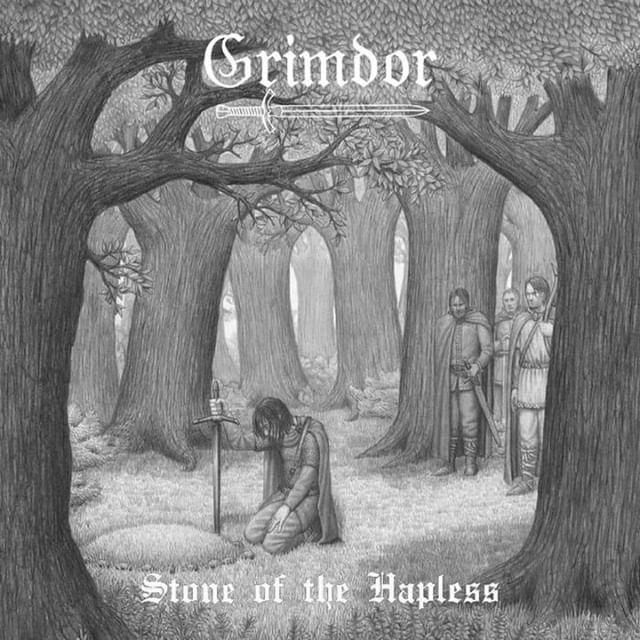 Recently I spoke to Grimdor who produce Black Metal/Dungeon Synth which you can find on here on bandcamp: https://grimdorofficial.bandcamp.com/


Thank you for taking the time to answer my questions, to start off could you introduce yourselves?
Hails, We are Grimdor and Narzug from the band Grimdor.
"Grimdor" is a two man project USA and Germany based, does this present any difficulty at times with your obvious time differences and lives outside of the project?
Yes, at times it can be very difficult because we cannot work on music together at the same time and to share ideas on the spot, also the distance prevents us from playing live.
Lyrically you focus on Tolkien which you could say is a popular theme within black metal, what is your reasoning behind this specific theme?
Besides the fact that we both love Tolkien's work we could also say we wanted to stay away from any religious and political themes with this band, something that is also very popular with Black Metal, we wanted to create something everyone could relate to and enjoy.
Can you explain the meaning behind the name "Grimdor"
Well it was suppose to mean "Fierce Lord" a name I came up with years ago before the band formed, "Grim" & "dôr" are two Tolkien words put together, but later I learned I was wrong, so it really means "Fierce Lands" [laughs] .. Well it's too late to change it now.
Where did the whole idea for the band stem from?
Narzug and I have been friends for years, we had worked on music together before in a few occasions, we shared much music together over time and we both love many of the same things, that and our love for Tolkien's work is what developed the idea for the band.

Tell me about your influences? whether it be actual bands or common surroundings that give you the inspiration you need.
We both love the early second wave of Black Metal we wanted our music to sound like some particular albums, the ugly raw "lofi" stuff like Transilvanian Hunger, Live in Leipzig, Nattens Madrigal and Deathcrush, We also love Dungeon Synth music specially Mortiis early works, Ancient Woods, Depressive Silence and the Burzum "prison albums" so we throw some of that into the mix as well.
You've not long released your EP "Stone Of The Hapless", how long would you say the EP was in the making?
I can't tell you how exactly how long it took, because it contains some unfinished songs that were recorded since 2016 I that were just laying around for a while without the intention of them even being released, I worked on them over time and it eventually the music started to take shape and the EP was formed, the last songs were finished 3 months ago.
The artwork for "Stone Of The Hapless" is rather interesting and it was created by Heraldo Mussolini, did you have to put forth many ideas towards him or did he manage to grasp an idea from the theme of the band itself?
Yes indeed it is interesting, Well the artwork was already made by Heraldo, we came across it one day and decided that we should use it for the album cover, We got in contact and he gave us permission to run with it, Speaking of great artworks checkout Silvana Massa.
I've noticed each release you have put out physically is via tape, is this your preferred method of release or do you have plans for other formats at all?
Well, The tape releases come from the Dungeon Synth labels that we are very close with, they release our music in tapes because it's really one of the most affordable formats to spread your music, but Cassettes have also become a big part and favorite format of the movement, the releases are very limited in numbers and them being in high demand they go pretty quick, like those in Lost Armor Records and Akashic Envoy Records.
Do you have anything you would like to add?
We would like to thank you and everyone for the support so far, New music will come soon.. please go listen to Old Sorcery, Fogweaver and Serpent's Isle - because they are too damn good.. Hails to our friends Chad Deese, NoobHeavy, Samuel F.C, Jordan Dawson & Davey Sasahara.
Thank you again.