An interview with Reece from Gladden Fields and Alocasia Garden. 
Thank you for reaching out to me Reece, if you'd like to introduce yourself to the readers.


My name is Reece. I’m a musician from south east UK. I’ve been exploring avant garde, electronic and metal music for the last 6 years as Alocasia Garden and most recently, Gladden Fields. I’ve also put out cassettes through my own imprint Vanity Pill.

Tell me about where the idea for these bands stemmed from?

I’d always played in punk and metal bands, but I could never get truly what I wanted from it. You have to compromise in your writing, your emotions, time, attachment etc...I struggle with that. I began experimenting with harsher noise projects of my own. I became obsessed with making heavy emotional music but without screaming and blast beats. Challenging myself to work in a new way - no compromises. How can I make a black metal album without guitars and drums? How can I make a noise album without distortion? I began obsessing over these questions, even now. Gladden Fields became just that. I’ve always loved black metal, and the mysteriousness surrounding it but I didn’t want to just be another project shouting into a 4 track (...Not that there’s anything wrong with that, most of my records are just that.)
All of my music follows a theme. Creating is how I cope, without it I wouldn’t be here now. Every song I write carries that desperation. I try not to be influenced by other music but instead rely solely on what I’m feeling and going through.

So the project sounds like it's genuinely based on your emotions at the time of creation, would you say it's ever difficult to create something without any influence what so ever?

At times, definitely. Sometimes It just doesn’t work, not matter how much you try. I always find taking some time out snaps me out of it. I very much enjoy my surroundings. It’s so quiet and I don’t really see anyone. If ever I’m going through a rough patch musically, I just pay attention to the silence, I watch my plants, I watch the trees outside my windows. If I need some inspiration, that definitely does the trick.

Gaining inspiration can be a tricky task, but like you've mentioned you can gain inspiration even from your surroundings, the name "Gladden Fields" is from Tolkien, why this name in particular?

I started reading the back stories to kingdoms and lands created by Tolkien and it fascinated me. How huge and complex his world was. Gladden Fields felt like it carried such a heavy feeling of dread and sorrow. Exactly what I wanted to portray in the music I was writing.

Let's switch the focus to Alocasia Garden, can you supply some information on this project?

Alocasia Garden is a project I’ve been doing for a good 6years now. It was my first real involvement in anything noisy or electronic. I’ve released over 30 albums on various labels like Audio Visual Atmosphere, Strange Rules, Vienna Press, Holy Geometry to name a few. It’s a strange project for me. It started when I was still in school. It’s seen me at my absolute worst and my greatest highs. It’s that strange period in your life when you leave education and get a glimpse into the world and find your place. The project has changed so much with me over the years.

The last couple years it’s focused heavily on the electronic side. Developing more higher produced ‘songs’ rather than noisy 4track ambient like it started out. I really had no idea who would care or who made similar music when I started. When I released my first cassette it opened up this whole world of underground music for me. In its early days, it was very frantic. In terms of writing, obsessively releasing... To the more reflective and patient state it is now. I guess that’s an age thing. 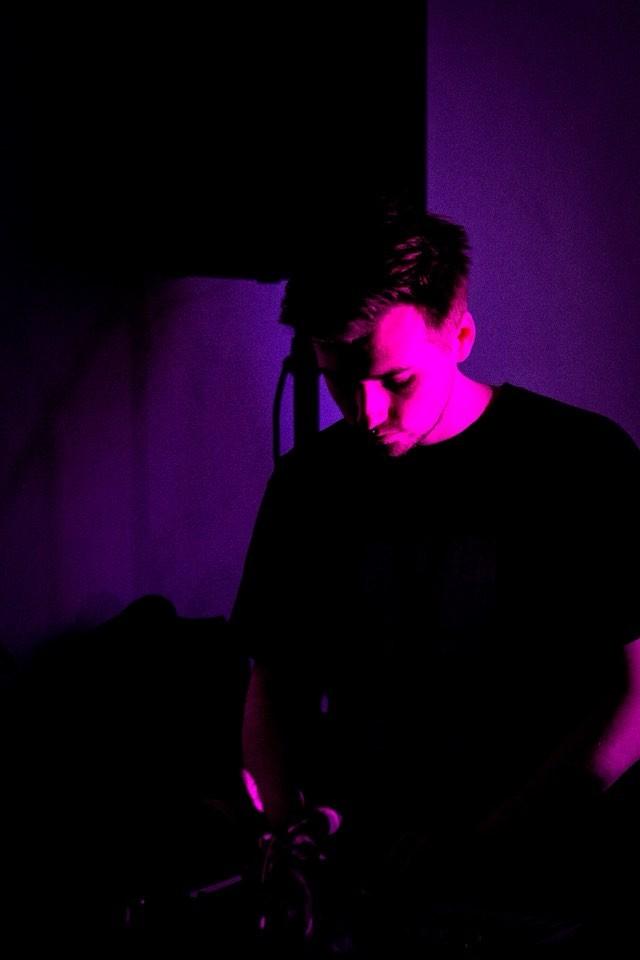 Have you performed with either of these projects live before? If so when was the first for both?

So the first show for Alocasia Garden was in a small art gallery in my home town. It was terrible. I just played a really cheap nasty synth into a 10watt practice amp with the gain all the way up to a room of maybe 6/7people. Typical awkward show. Gladden Fields has performed once as a full band at Profound Sound Festival at the beginning of the year. This is something that excites me more about performing. My ideal performance would have an orchestra of some sorts. But that’s just a dream at the moment.

I don’t perform too much, I find the anxiety almost unbearable. I would like to get the ball rolling for Alocasia Garden this year though.

At the beginning you put tapes out through Vanity Pill, is this still active at all and what gave you the inspiration to start that project?

When I first started recording, I had no idea what labels or artists were around. (Other than a few dotted about). Releasing my own music seemed like the right move and hopefully I’d find some other people along the way. Once the first announcement was made, a whole new community filled with positivity opened up which was very overwhelming. I began talking with so many people that were doing the same things as me.

I’d always admired DIY action in music from doing bands. I had friends putting out black metal and screamo tapes and it seemed like such a powerful thing to do. Sadly the label called it quits after 5 years, I just couldn’t devote the time and money to it like I used to. Vanity Pill was DIY in every aspect. From artwork, duplicating, Sound, distribution etc. The idea of paying for someone else to do those things for me felt like I was going back on my idea of the label. There’s so many amazing labels out there I’d rather put my money and focus on at the moment.

DIY is always the way forward, I admire people's hard work and effort that they put into it, it can be extremely time consuming but the feeling of people buying and enjoying your products must be amazing, do you have any go to labels at the moment who you tend to support a lot?

Everything that Audio Visual Atmosphere, Revenge International and Livor Mortis has put out the last few years has been perfect, from sound to packaging. They are probably the 3 big hitters for me at the moment.

You mentioned your love of Black Metal earlier in the interview, for your final question I would like to hear your top 3 Black Metal bands?

That’s a tough question, I listen to so much of it! Probably Weakling, Devouring Ghost and Hulder at the moment. Darkthrone will always have a special place in my heart though.

Thank your for taking the time to answer my questions Reece.

Thank you for taking the time, really appreciate it.


Only you! And that I look forward to reading more from you.


Be sure to support both of Reece's projects via the links at the top.