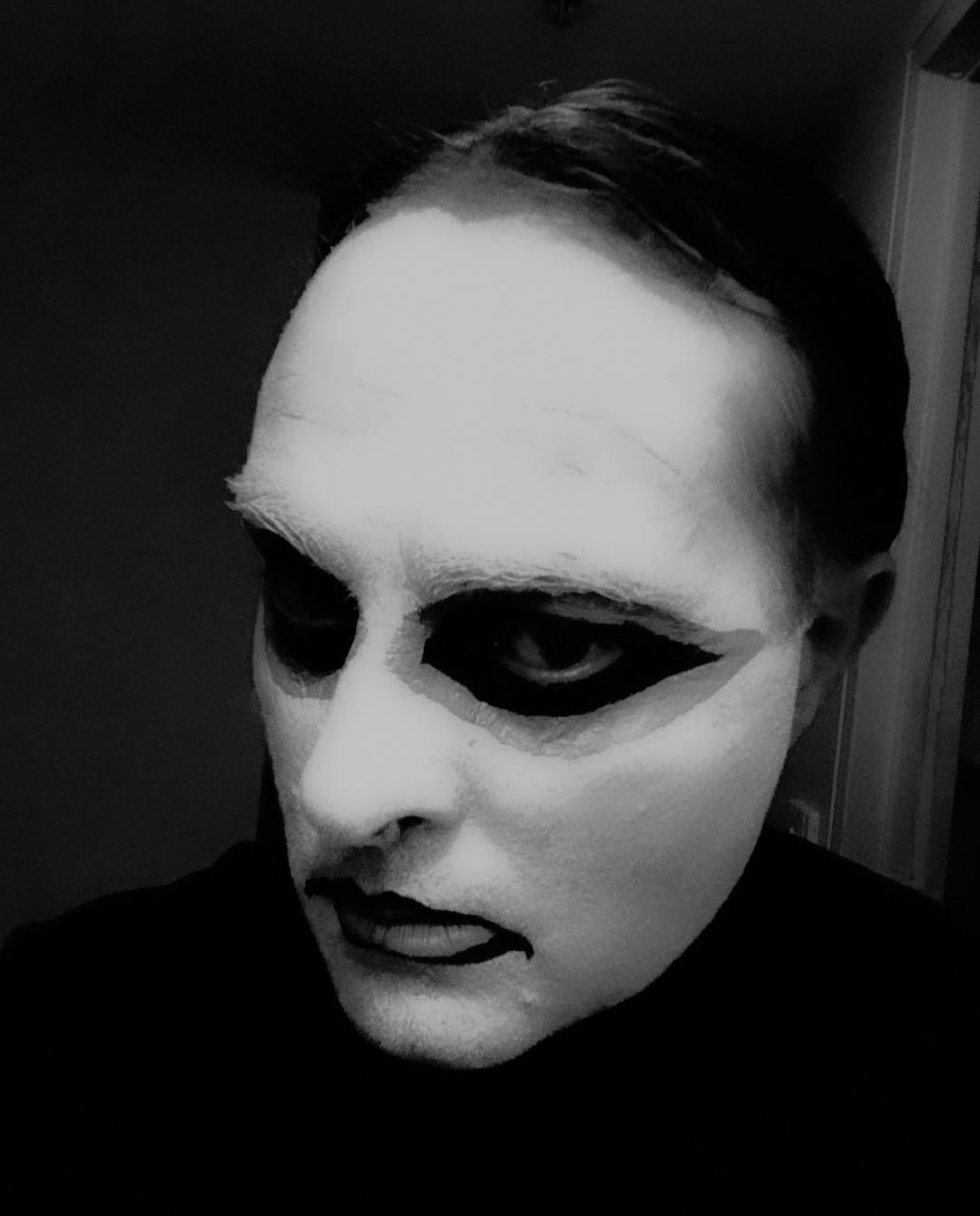 The thought of interviewing Russell had been something that was on my mind for quite some time, I spoke to Russell about taking part in an interview in which he was open to.

I had watched the one man metal documentary many times throughout the past years and was always intrigued by Russell's section of it.


Here is a link to "Striborg" content which includes the "Blackwave" era and the "Black Metal" era: https://striborg.bandcamp.com/

I now present to you my interview with Sin-Nanna of Striborg.


Thank you for taking the time to answer my questions, would you like to introduce yourself? it may be obvious to a lot of people who you are but we may the odd few who don't.

The project has been active since 1994 but started off under the name "Kathaaria" what made you change to "Striborg"? and does the name have a specific meaning behind it at all?

After the recording of Isle de Morts I wasn’t pleased with the direction that Kathaaria was heading.
It sounded too musical and was Norwegian sounding.
I felt the need to reinvent the project formerly in order to make it more about the atmosphere and feeling over the musical aspect. Hence Striborg and Sin-nanna as a pseudonym. Striborg or Stribog is the Slavonic god of winter, Sin-nanna, Babylonian / Sumerian moon god.
These days the names mean very little to me and their meaning, having said that I do like universally how people pronounce Striborg as Streyeborg. Similar to cyborg, it suits the evolution that this project has taken.

So was that a case of being more individual when it came to how your music sounded instead of going down typical black metal sound route?

Certainly, I didn’t want to blatantly sound Norwegian at all.
It needed to be more personalised, in addition I was also introducing black ambient and power electronic elements. Having said that, Isle de Morts is an actual island here in Tasmania so it’s relevant to my surroundings.

When did the whole idea to switch up the sound for "Striborg" come to mind? You now create "Blackwave" for those who are unaware.

I had an epiphany to create blackwave 2+ years ago.
Fusing darkwave with black metal, although... so much more than that really.
The full details are in an interview that was conducted with Invisible Oranges a couple of years back.
In retrospect, the directional change was already in embryo years ago with many works foreshadowing the blackwave style without even being aware of it. I’ve been following late 70’s / early 80’s synth pop / new wave / goth rock / industrial for years prior and parallel to black metal anyway, in addition to Lycia. It wasn’t until my discovery of contemporary darkwave that changed the direction of Striborg forever.

"Instrumental Trans-Communication" was the first taste of the Blackwave era of "Striborg", at the time of this release what kind of reaction did you receive from fans in regards to the change?

I’ve heard “jaw dropping” from some people. As the essence of earlier Striborg continued regardless of genre change I think I kept some fans.
I lost the ‘I only like black metal’ followers pretty much immediately, subsequently I couldn’t care less.
New people are listening to my BW music from a darkwave / synth pop / electro / techno background.
To conclude... perhaps I have a similar listening profile as previously encountered, although with a slight shift in audience.

It's difficult to please everybody but you have to do what feels right to you.

At the begining of "Striborg" and continued for many years  you remained somewhat anonymous? how did it feel when you dropped that and revealed to the public eye?

I hated it, especially the OMM documentary. Now I’m use to using social media out of necessity as I’m completely independent and not signed. I have to take care of all promotional duties, even though I’d prefer not to most of the time.
At the end of the day it’s about the music and atmosphere I create, the feeling and catharsis. I really don’t like the vessel in which I actually inhabit as a human being. I guess you can say I’m not comfortable in my own skin.

So when did you decide to be more active via the internet/social media? From what I've heard you weren't that fond of the internet all together and would prefer to stay clear of it all together, is it still something you'd prefer not to do or has it opened more gateways to get new content out?

Over the last 2-3 years.
I’ve given in and embraced it like everyone else, something I thought I would never do. Like I mentioned previously out of necessity for self promotion. It has opened the doors to more opportunities, with limited run vinyl releases and live performances etc. I’m use to it now and can control the frequency that I use it. At first when someone would email me out of the blue I would simply just ignore them or take a month to answer back. These days I try to answer nearly everyone ASAP.
Especially as they’ve gone out of their way to contact me.
This doesn’t change the type of person I am. I’m still quite introverted and don’t go out very much. Only if there is a must see artist performing at Dark Mofo or something, otherwise it’s because I’m performing myself.

Very nervous, it was helpful with the addition of the quartet on stage with me. It went smoothly enough and I felt a huge weight had been lifted once it was over. I don’t perform often enough to enjoy the live process.
Occasionally I do. A lot of time, meetings and rehearsals went into that first performance, hence the relief once it was over.

Once the first performance is in the books it becomes second nature by the looks of it, when it comes to other live performances you get to know the feelings, I guess not every performance will be the same but at least the experience is there.

Now that "Blackwave" is the main focus for "Striborg" where do you plan on taking it from here? this being if you have made plans that far ahead or if you're just taking it step by step.

I think in the last 2 years it has already evolved exponentially.
Step by step is my approach, upgrading equipment and finding new sounds or ways of enhancing it during production. The last album featured acoustic drums for a different feel, the next one will utilise a TR-08 and therefore be more electro / EBM again. I might plan to perform live more frequently in the future.

I look forward to seeing where you take "Striborg" from here, it'll be an interesting journey.

Thank you for your time I appreciate it.