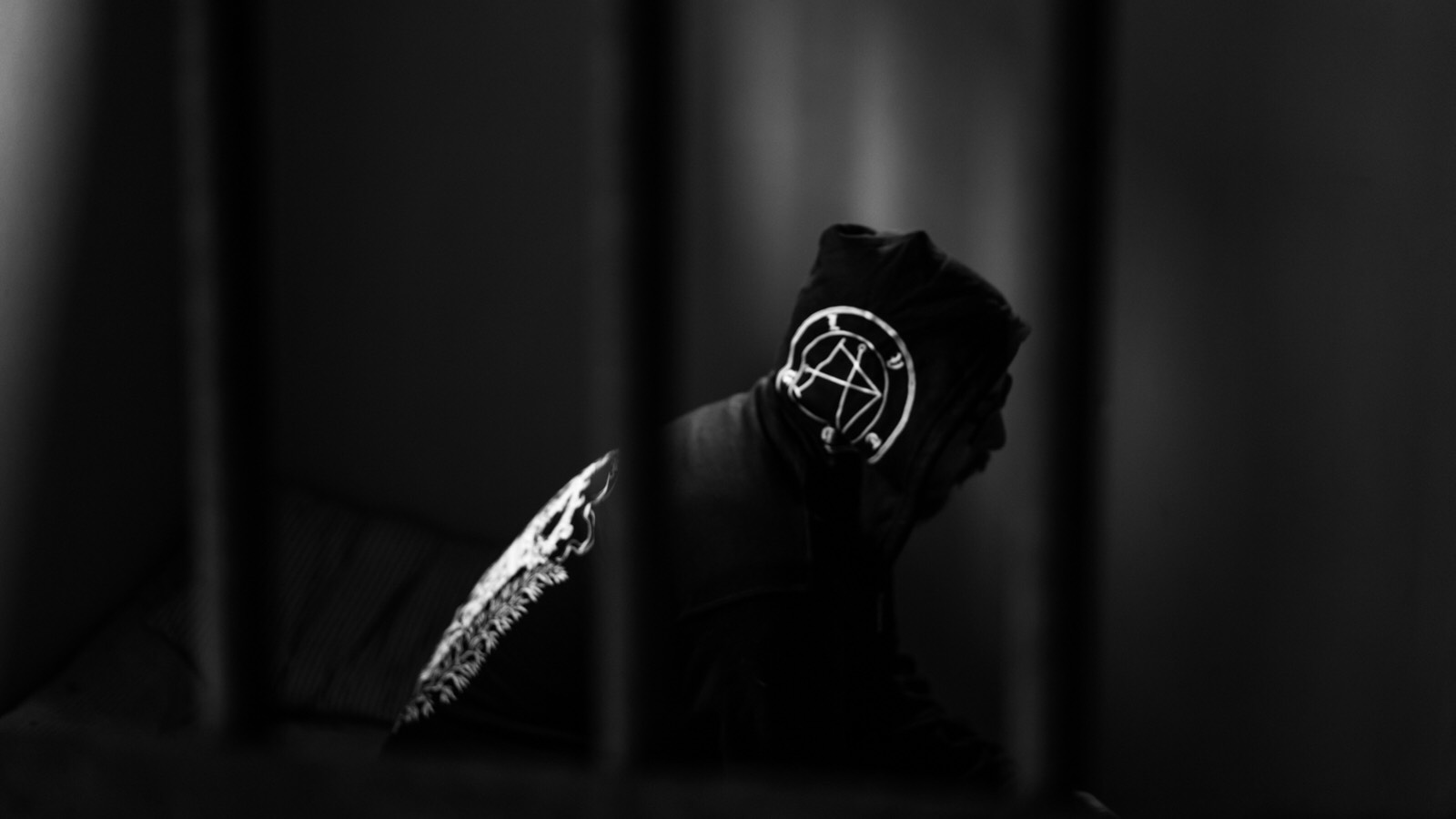 Where did the idea for "Rat King Records" stem from?

A “Rat King” describes a number of rats whose tails are entwined, stuck with filth, shit and oil. Myth and folklore passed on from hundreds of years ago, I found the image particularly potent and memorable. It also has another personal meaning in regard to the Black Metal community. We all have our reasons and journeys to get here, but shared passions bond us as family. I feel at home amongst like-minded people, and have met some of the kindest souls and closest friends this way. This idea remains a poignant allegory and continued reason behind Rat King Records.

I’ve noticed you focus a lot on the Black/Death metal scene, how long have you been focused on those specific genres?

Since the first ideas for this venture began to boil in late 2015. It’s always been my intention to attempt to showcase the best that the underground has to offer. I believe we’re currently experiencing some of the best Black and Death metal that either genre has ever produced, and put simply, I want these bands to play in the UK.

The first gig you put on (if I am correct) was "Misþyrming", "Nadra", "Nornahetta" and "0", what kind of numbers did you get for this particular event?

It was well attended, especially for a Monday night. I had travelled back from Roadburn festival that morning with the bands and had to sleep on the floor outside Eindhoven Airport until it opened, so in my state of absolute exhaustion the whole thing felt like a dream.

With dealing with promoting and the whole putting on gigs side before I noticed from first hand experience that numbers fluctuate all the time, what would you say your audience numbers have been since starting out and where you are today?

There are so many factors involved that it can be hard to say. I’m always pushing myself to deliver the best possible lineup for a gig, but sometimes that’s just not enough. Direct clashes against another gig are always unfortunate, and often inevitable. I try to not take it to heart with incidents outside my control, but because I put literally everything into these gigs it can become difficult. Generally speaking I think numbers are steadily rising, as more people discover what I’m trying to do. I couldn’t ask for much more.

Aside from promotion "Rat King Records" is a label, what was the first release for you?

A collaboration with the excellent but sadly now defunct “Eldritch Lunar Miasma Records”.  We co-released the demo for Úir, on limited cassette.

Looking through your past events you've put on a number of brilliant bands from "Ash Borer" to "Blood Incantation", what would you say has been your personal favourite gig you've put on so far?

Ive been very lucky and feel humbled to have been able to work with so many incredible bands, and each gig has been memorable in its own rite. Particular highlights include the first UK appearance of Sadistic Intent, Spectral Voice and Blood Incantation double-header, Bell Witch, Abyssal and Profanatica. My stand out favourite would be the Black Cilice show in June 2017.

Back to the label side, do you have any more releases in the books at all?

None currently as the label side is on hiatus. I realised my own limitations the hard way, and in my current situation it just wasn’t affordable to continue producing tapes. I hope to start it up again in future, but only when the time is right.

I must ask, what would your dream lineup be if you had the opportunity to book it?

Any shout outs at all? Let the readers know what gigs you have coming soon

Be sure to support Rat King Records via the link at the top.