An interview with TH from Crimson Throne 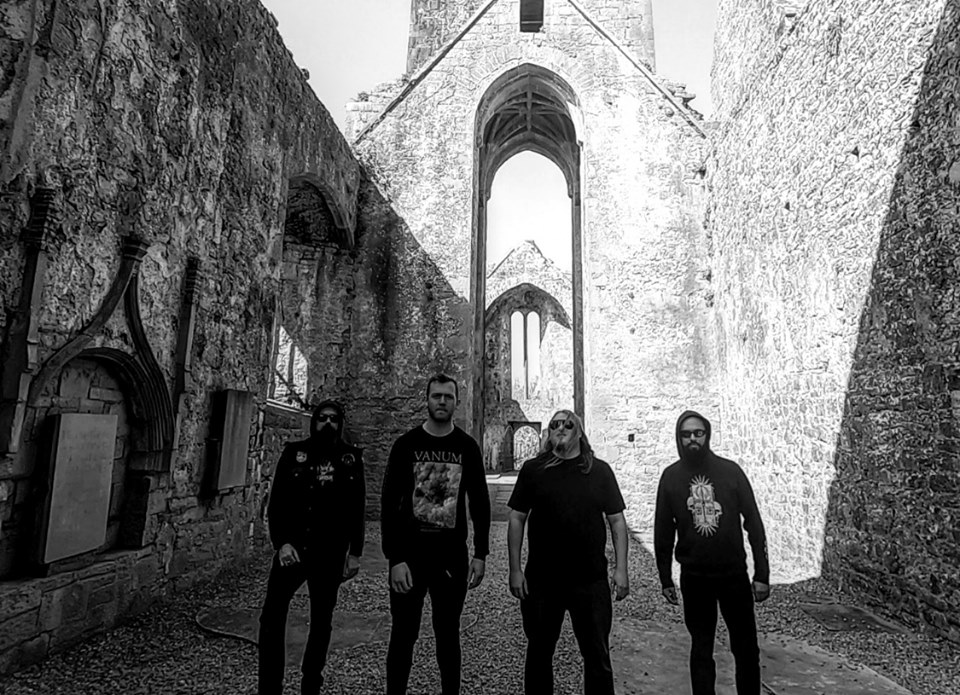 To start off can you explain how "Crimson Throne" began?

The band was an idea between a friend and I who hadn’t done a project together in some time. Like a lot of bands, CT wasn’t intended to be a live band initially.
We wrote and recorded the self titled demo, later deciding we wanted to try adding a live aspect to the band.
After some movement, we grew and shed some members and started playing shows with the release of the EP.

What was the idea behind the band name?

The band name, tying in with the demo’s lyrical themes are reflections of the Hegelian view of history as a slaughter-bench.

2018 saw the release of "Of Void And Solitude" how would you describe the creative process of the album in a whole?

OV&S is a very deliberate album. Starting the frame work and themes around the time the demo was released. We worked on the themes for some time before starting to put together some basic recordings. With the arrival of new members, saw new possibilities. We are always working away on something, with new release info coming soon.

What kind of themes do you explore lyrically?

CT in the main covers an array of topics, from mankind, history, philosophy and so on. We try to maintain as “humanistic” approach as possible. OV&S is a series of songs all trying to depict various examples of extreme human suffering, more directly, caused by human means. From across our timeline and various cultures in our species past.

What does the artwork for "Of Void And Solitude" represent?

It is a visual manifestation of the often ever prevalent & powerful force of “human will” that the content of the album tries to document.

Remaining on the subject of artwork who was the artist behind the album art? And If you had the image pictured already what thoughts did you out across to the artist to get that perfect image?

Altar of Sorrow (http://www.altarofsorrow.net), did the original illustration for the front cover. We then worked on the layout and framing. It was a pleasure working with AoS on the visual for the album, it marries well.

Your first release was a self titled EP which came out in 2017, what kind of reaction did you receive upon releasing it?

We are still humbled by the reception of the demo, it markedly aided us in becoming a live band. Some limited cassettes are available from Red River Family (US).

2017-2018 is a rather short gap between releases some would say, how long was it before you starting working on "Of Void And Solitude’?

Due to the co founding member of the band moving abroad just before the release of the demo, we worked on the base work of the album around the time the demo came out, we had recorded the demo some months prior with the departing member recording parts. With some member changes, mid 2018 we became the line up that recorded OV&S and have been writing since.

Thank you for the interview & anyone who supports us, all.

Support Crimson Throne via the link at the top.