An interview with Blayne Smith 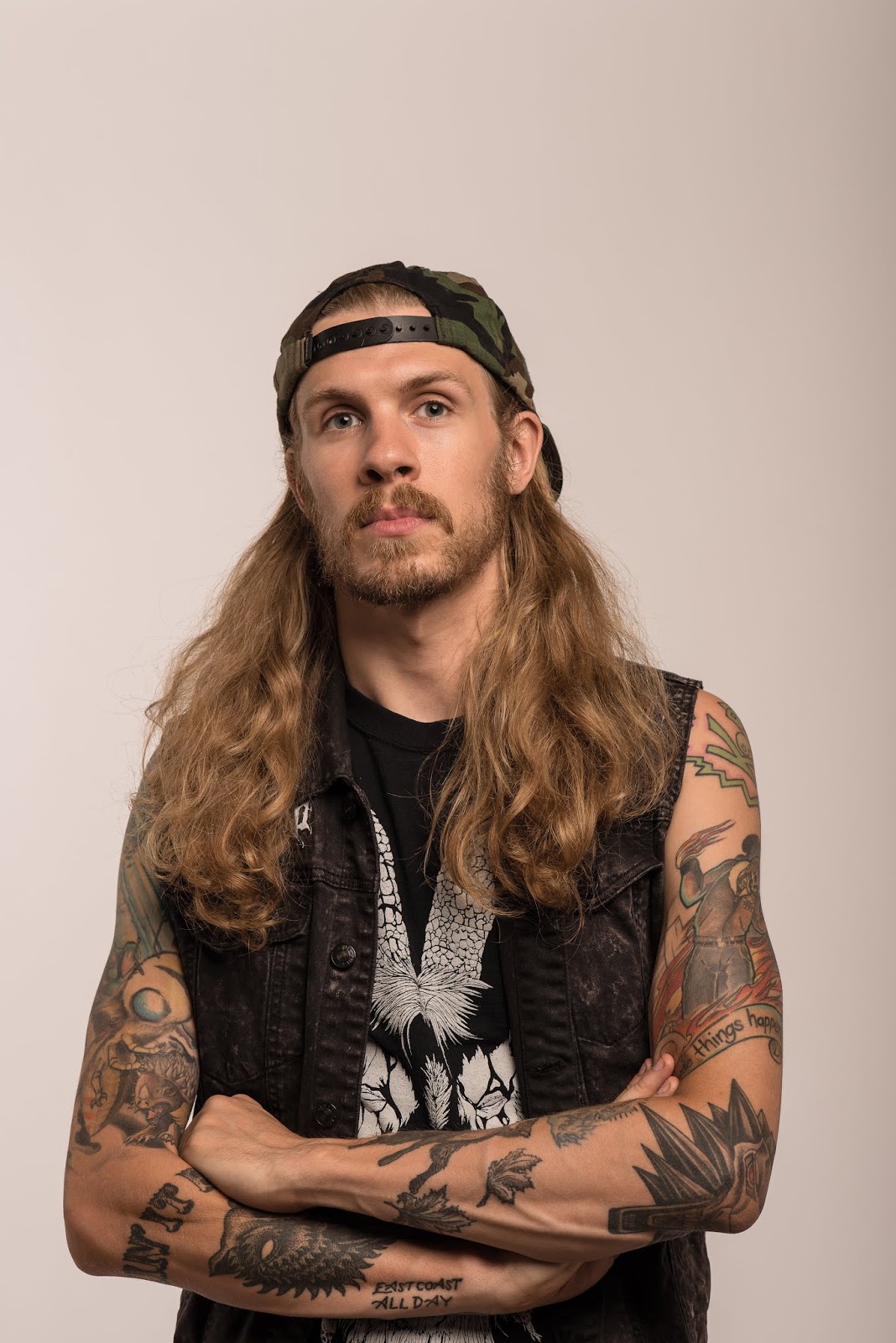 Recently I spoke to Blayne Smith who is one of the presenter's of YouTube metal channel Banger TV, Blayne is also a comedian and Twitch streamer but you will find out a lot more through the interview.

Below are links for you all to check out.


I'll start off with the obvious question, when did you get into metal music?

I started in metal young and it's weaved in and out through my life and then was the music that really stuck around. One of the first CDs I ever got was Judas Priest - Screaming for Vengeance because I loved the cover as a kid.
From there, like most of us I got really in Metallica.
We all love to make jokes about them, I've made a million, but there would probably be 50% fewer metalheads in the world without them.
The thing that really got me though was that brief period in time when there were a ton of Blogspots putting up Rapidshare links for albums.
I found some Depressive Black Metal ones and went nuts.
I've always liked stuff that's a little rough around the edges and that just did it for me.

When did you first get involved with Banger TV?

I got involved with BangerTV back in 2017. Our old producer Liisa Ladoucer saw me at a stand-up show and asked if there was anything I was an expert on to debate on Lock Horns.
They hadn't done Death/Doom yet and if you've watched my content you know I never miss an opportunity to plug Hooded Menace, so I jumped on that.
The reception from the viewers was great and I wound up with a job!

Asides from "Banger TV" you're a comedian as well, at what point in your life did you decide to take up comedy?

It sounds like an extremely pretentious answer, but I decided to take a run at comedy from teaching English in a High School in Paris.
Doing that job, I quickly realized I cared way more about making the kids laugh than I did about actually teaching them anything.
I had always been a big stand-up fan, but it seemed really inaccessible to pursue a career in it.
The internet really changed a lot and I found a lot of really hilarious DIY projects online that made it seem possible.
Stuff like Brad Neely's Professor Brothers and Babycakes or Yacht Rock are absolutely hilarious to me, but clearly made for no money.
As I said, I like stuff that's rough around the edges, so seeing things like that helped with the big push.

That was great to do because as I said weird Black Metal is really what I totally dove into and Icelandic stuff has always been a personal favorite.
It's a really cool scene because from what I know it avoids a lot of the dumb nonsense that plagues a lot of Black Metal scenes and just cranks out great records.
It's also interesting because, you might think that a small scene would be putting out a lot of the same records, but their is such a great variety there too.
One of the cool things about doing the Overkill Globals was looking at a lot of the bands from the birth of the scene and that Fire & Ice compilation was great for that. Also, Auðn was a band I hadn't listened to that much because it wasn't really the vibe I liked about the Icelandic scene, but I've actually listened to it a lot since doing the episode and it's really grown on me.

You focus on a lot of doom, black metal and more in the extreme side of metal in your reviews, outside of metal what would you say you're other favourite genres of music are?

I think every music genre has something you can find and like.
You might say "Well Dubstep sucks" and yeah, it totally does, but there is definitely some cool Electronic music out there.
The whole Darkwave/Coldwave/Synthwave thing has a lot in common with Metal and I know a lot of metalheads into that stuff.
I saw John Carpenter play live and the crowd was probably 70% metal fans, so much so that he threw up the horns a few times during the show to massive cheers.
Punk and Hardcore was a big part of my life as a teen and bands like Propagandhi and Born Against are still some of my favorites and helped shape my politics growing up.
D-Beat has basically the best drum beat that you can find in a lot of metal too.
Most of the Hip-Hop coming out these days is a real snore, but 90s and 2000s era East Coast stuff is a ton of fun, has some great writing, and some hilarious lines.
I can yammer on about most genres to some degree.

You stream on twitch, do you have any games you've been fond of recently that you would recommend we check out?

Bloodstained: Ritual of the Night came out not too long ago and I loved every minute of it.
It's made by Iga, the guy who did Castlevania: Symphony of the Night and it's just a totally over the top Gothic blast, very metal.
It's older but I also always encourage people to check out Risk of Rain.
A sequel came out recently that is great too, but the first one really stuck with me.
The soundtrack is really amazing, it's not metal, but it's real proggy and I think a lot of metalheads would love it.

What albums are you looking forward to this year?

Basically, the only thing I don't like about doing my Metal Monthly series is I can't answer this question anymore because of spoilers! I hate hate hate spoilers.
I just promise I'll bring you 5 really cool albums every month.

My final question is what are your top 5 releases of all time?