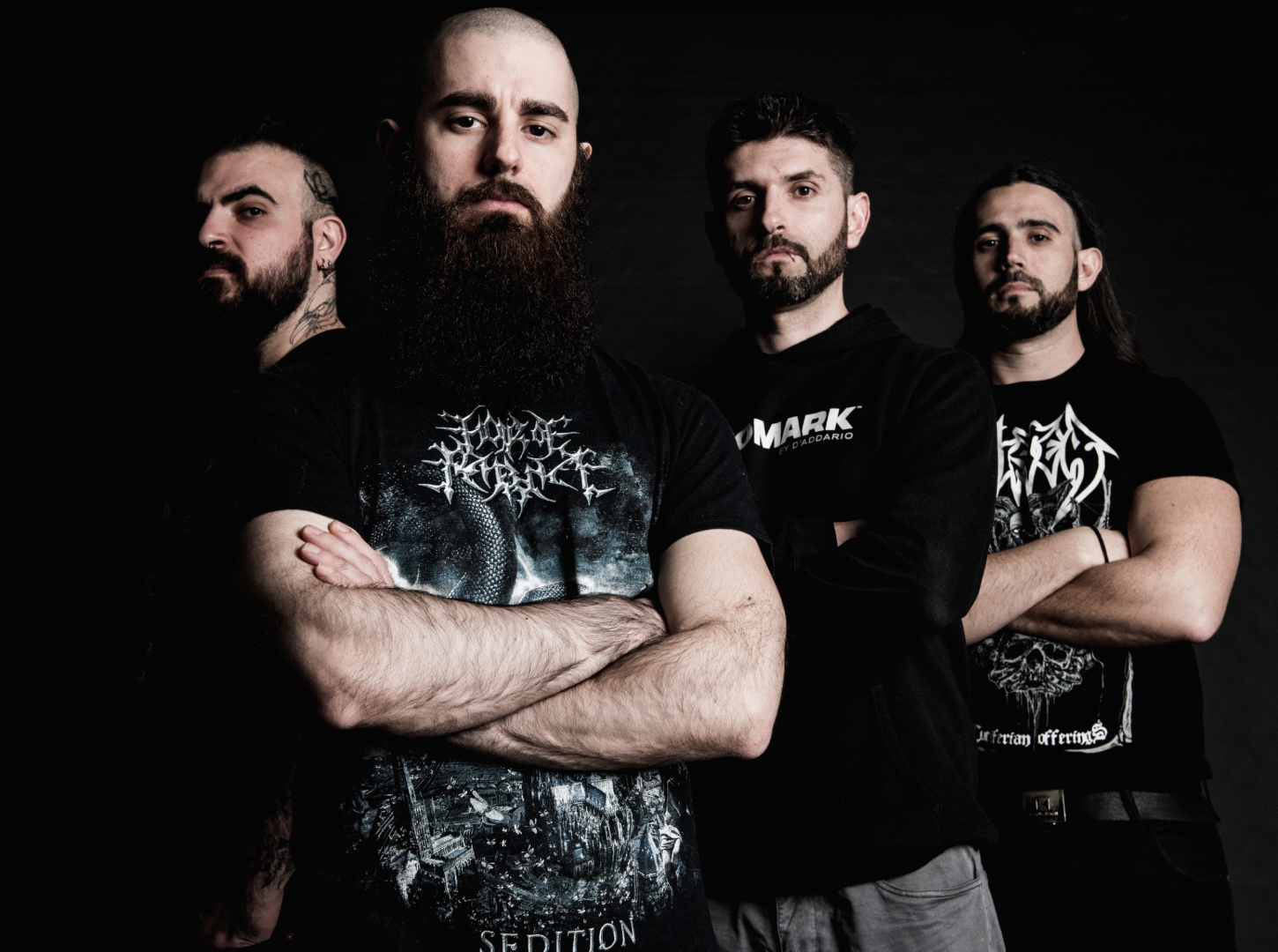 Recently I spoke to Giulio and Paolo from Italian Death Metal band Hour Of Penance.

I managed to see Hour Of Penance back in 2013 alongside Cannibal Corpse and The Black Dahlia Murder and they were extremely impressive, I have been a fan of the band since then so as some may imagine I am really looking forward to sharing this with you.

The links I have attached below are for Agonia Records for a pre order of Misotheism and the second is for Hour Of Penance's bandcamp to listen to and support the band.


Just over a week ago you played Metal Days Festival along with Akercocke, Rotting Christ, Dream Theater and many more, how was the overall experience for you?

Paolo: We had a lot of fun, it’s a well organized festival and they had it running for a long time so they know their business. It’s always unusual to see people under the stage in their swimming suits doing circle pits, but still it was a very good show and the sound was great too.

With the lineup having no original members at all would you say it was difficult getting the band to where it is today?

Giulio : Not at all , and to be honest line up changes were mandatory for the band to grow up and survive through all these years. I’ve been in the band since late 2003 , the first album Disturbance was out for a couple of months only , since then I always took part of the songwriting until The Vile Conception where I started writing stuff alone . People started knowing Hour of Penance thanks to that album , that’s where we're coming from and with Paolo joining me in 2010 , the “core” members of the line up are the same as of today.

New album information has been released to the public, the album is titled Misotheism and is set for release October 25th, how long after Cast The First Stone did you start working on material for Misotheism?

Giulio : I started working on it in January 2018 , so almost half a year after the release of the album. It’s usually when I feel I need something new to play and listen , creativity is something that relaxes me , I’m a workaholic and I need to feel productive. Of course loving our music takes a big role in it, it’s not something 100% mechanic , you need to feel inspired to start working on a song. So far inspiration never left us luckily we managed to release 8 album's so far ,  I guess you can hear that in Misotheism.

The Definition for Misotheism is "Hatred of God", it maybe very self explanatory but what made you choose this name for the album?

Paolo: We’re actually talking about a different god on this album, the one who is the most revered and praised nowadays, wealth and money. We’re going towards an age where there is a new aristocracy who owns everything and new slaves who work for low salaries with no rights. Most of the lyrics of the album talk about the rebellion of the people against their new kings and gods, so it is more political and less antireligious than the previous albums. 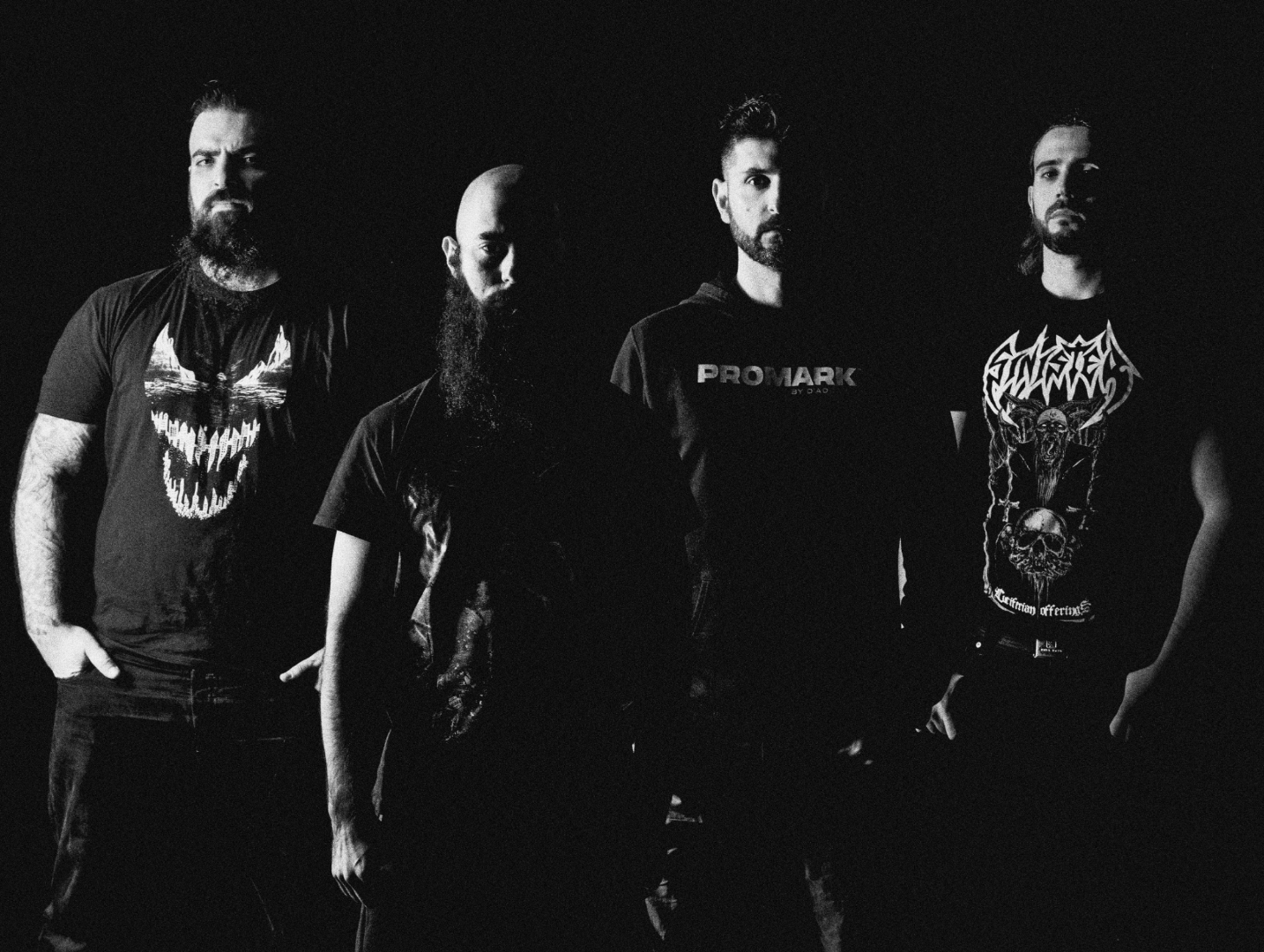 The album art for Misotheism was created by Hjules Illustration, what ideas did you put across to get the perfect artwork?

Paolo: The idea was to have a huge tower, representing the ivory tower where the rich and wealthy hide to dominate the hungry masses. I also asked the artist to take inspiration from the architectures of the videogame “Dark Souls”, which I think suits well with the themes and atmospheres of this album. He did a great job as usual, people really loved the outcome.

How would you describe the overall process of writing/recording the new album?

Paolo: We have a work routine that we used since we started working together with Giulio, he writes the music then after some rounds of listening we see if some structures need changes or some riffs need improvement. When we have the final structure I start working on the metrics and then I write lyrics fitting the metrics I prepared. Then again we both listen if something needs to be cut or added and then we send everything to our drummer and bass player to add their parts.

Paolo: I had been signed in the past with Agonia Records with other bands and they have always been very professional and passionate about their work. I think it has been a very good choice for Hour Of Penance because we needed a label who takes time to discuss things and choose together the best options in terms of promotion and final product. We finally had the chance to print some very cool limited editions, a boxset with a flag and a patch, handnumbered vinyls and a lot of cool things that we were unable to do in the past. They also have put together a nice death metal roster with bands like Origin, Decrepit Birth and Beheaded and having the chance to be one of the main bands of a label is always better than being the spare wheel in some bigger label as far as our experience goes.

What are your plans once the new album is released?

Giulio : We’re working on some shows here in Europe , mainly festivals and some short tours to promote the album , we’re going to be busy!

Giulio : Thanks for taking your time to interview us , we’re looking forward to releasing the first single of Misotheism !