An interview with The Infernal Sea 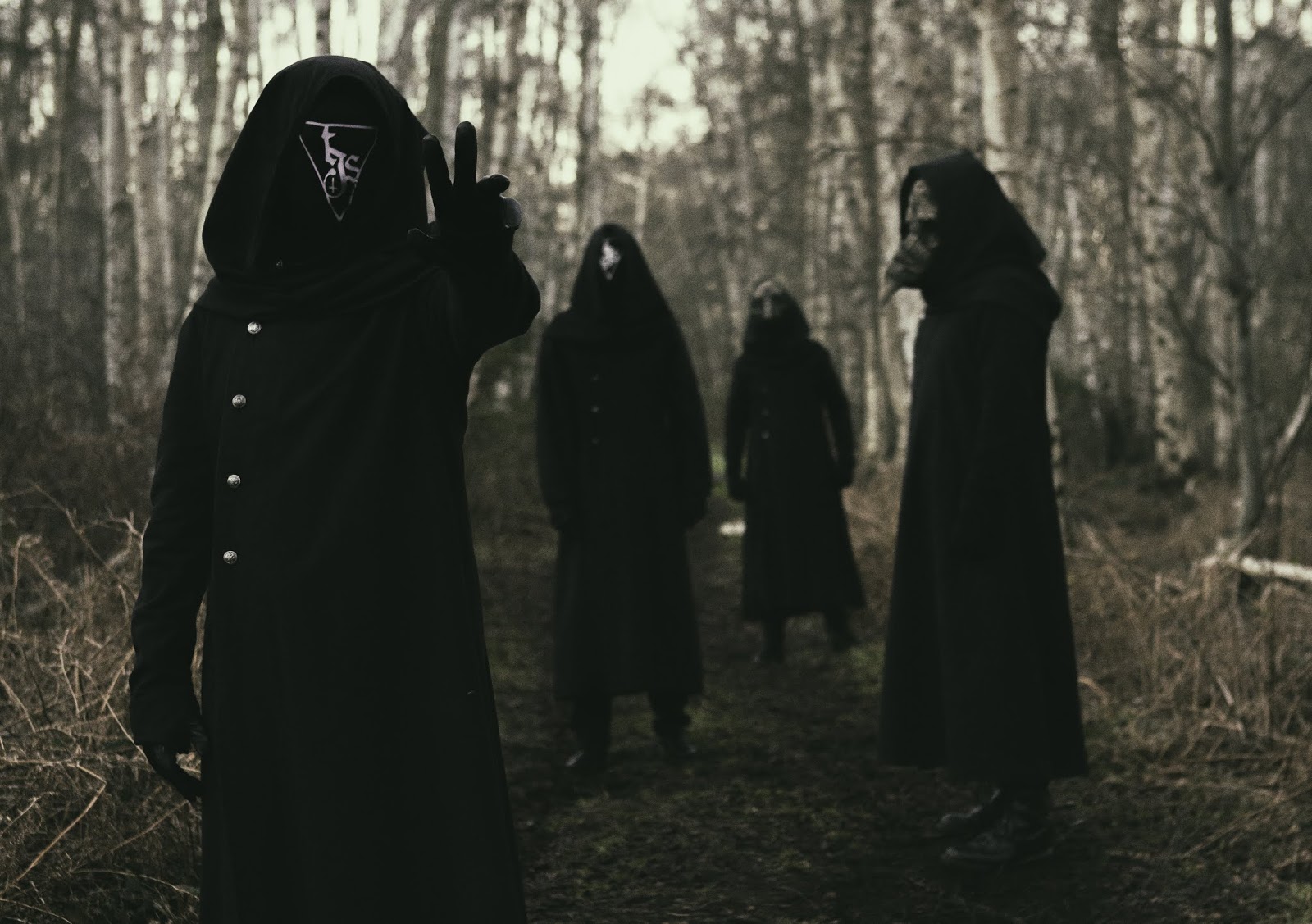 A while back I spoke to The Infernal Sea who are a UK Black Metal band who tend to push beyond the traditional Black Metal sound.

They have recently been recording for their third album and have been announced for Damnation Festival in Leeds alongside Mayhem, Opeth, Gaahls Wyrd and many more.

I have seen The Infernal Sea quite a few times, my first time being Bloodstock 2017 and I was extremely impressed by them live so this interview was a must for me.

I now present to you my interview with The Infernal Sea.

Could you introduce yourselves to the readers.


Hail, we are one half of the collective 'The Infernal Sea'. Hailing from the Fen Lands of East Anglia in the heart of the UK, we urge you to join our plague ridden cult and worship the oncoming darkness.

I must ask generally because of how interesting they are, what made you choose the plague masks as stage attire?

J: It’s been a conscious decision from the beginning to appear less human, and visually less inviting to the regular listener. With time, we’re evolving, becoming more powerful. And along with that, we see who the genuine followers are. Like a cult. With every shirt, or fan at the front head banging, we know they have made that commitment. And it’s up to us to deliver.

D: Our art is extreme and the stage attire is a visual representation of our music and dark thoughts. It is an outward expression of our personality, a way of capturing that darkness and representing that in a way that is menacing and terrifying on stage.

When playing live what kind of atmosphere do you try and create?

D: Each performance is an exercise in extremity, we punish ourselves on stage, our songs are punishing physically and mentally, our stage attire is restrictive and uncomfortable, the masks are claustrophobic and we are shrouded in smoke and darkness. In return this creates an intense atmosphere, one that takes you on a blackened journey. We are the Cult and you are our dedicated followers.

J: It was imminent. Even before, actually. When we were in the stages of picking songs for TGM, there were ideas that have made it onto the new album. Some of these riffs are 4/5 years old already.

D: We have been working on this album for a long time now, it has been carefully crafted into a savage beast. It has pushed us musically and in turn is potentially our most experimental album to date.

You've played mainland Europe many times, what would you say the best gig/festival you've played over there would be and why?

D: Playing the mainland is completely different to the way the UK operates. Belgium has become our home away from home and we have many hazy memories from touring there. Personally the best festival we played would have been the Rotten Stone Festival in Luxembourg, an Amphitheater positioned at the entrance to a cave and located in the idyllic town of Berdorf, surrounded by forest, this was the perfect setting for our plague ridden Black Metal. 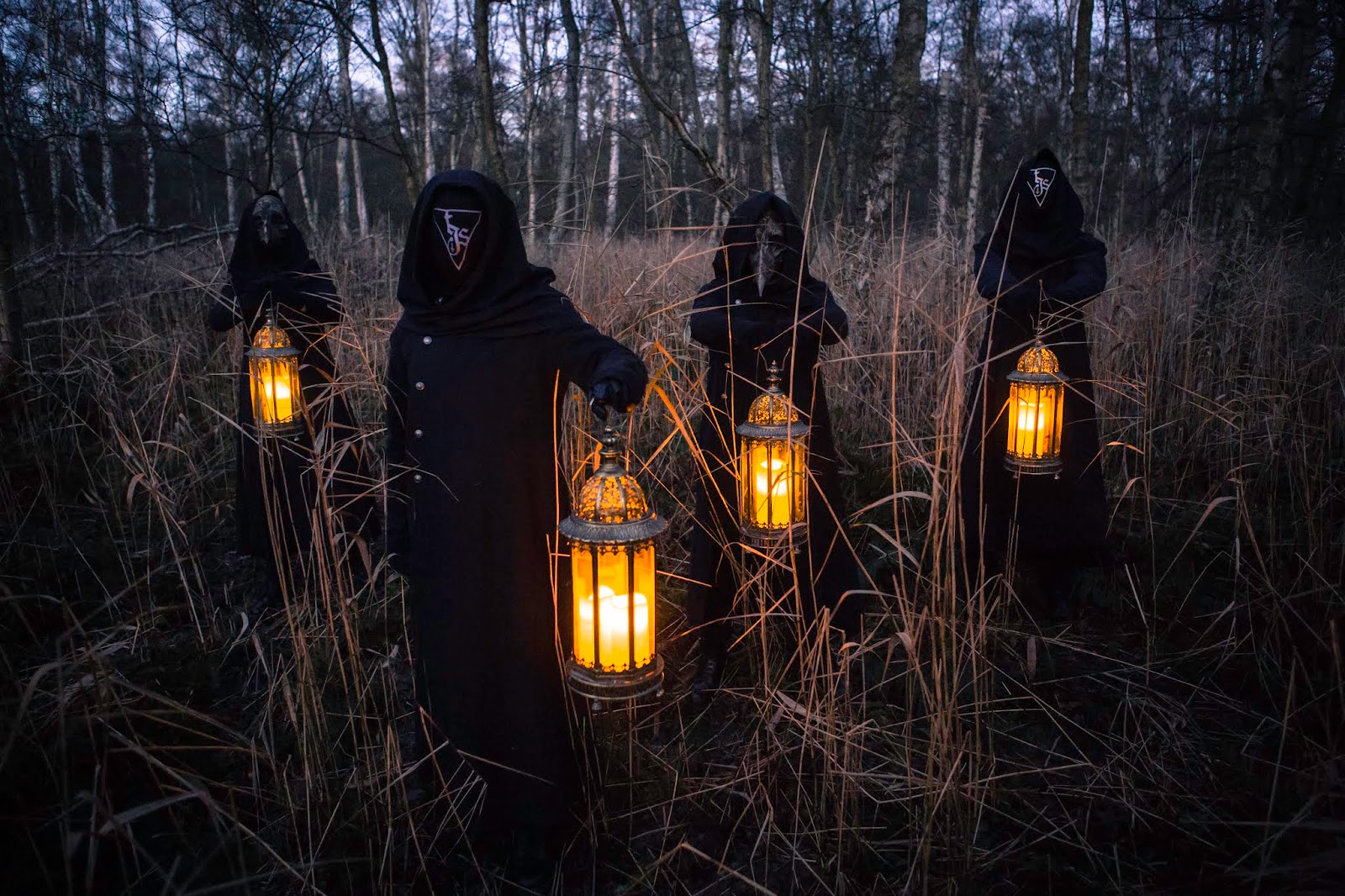 Would you say you focus on any specific subject when it comes to lyrical content?

D: The lyrics tell tales of Hatred, depression and corruption, they explore the atrocities that mankind is willing to commit during times of despair; they expose the true destructive nature of mankind and their cowardness and greed. Delving into humanities rich history, we explore horrific events of genocide, torture, manipulation, mass murder and expose the oppressive nature of the church and the lies in which its foundations lay.

What other genres do you take influence from when it comes to writing your music? The Infernal Sea isn't your everyday Black Metal band, you can hear that it's not just straight up Black Metal but trying to pinpoint the other genre influences is difficult without knowing.

J: We get asked this a lot, and it’s always enjoyable answering it. I think if you were to look through our vinyl collections it would tell you everything. But I’ll tell you this; I do own a few Carpenters records. Those ballads are the bleakest thing you’ll ever hear.

D: We all come from different musical backgrounds and you can hear all these influences in our music. The Infernal Sea is an extension of our personalities and our musical tastes, we are not afraid to experiment and push the boundaries. For us Black Metal is about projecting that emotion and atmosphere, then creating something unique and intense by taking influences from Rock, Metal, Pop, Punk, Hardcore and forging that into The Infernal Sea's unique sound.

Your Ep Agents Of Satan has two songs and both have themes to them which are Peter Stumpp and The Ripper Crew, what made you choose those two in particular?

D: We have an obsession with Serial Killers and all things Occult, lyrically these two songs tie in with what I described in Q5. The subject matter is perfect for The Infernal Sea, Satanic slayings committed in defiance of God.

These two separate cases are not that well documented but they clearly express hatred for mankind in the way that their victims were brutally executed. Savage lyrics for savage songs.

What can we expect from The Infernal Sea when album number 3 is released upon us?

J: The power of pure darkness.

D: Expect another lesson in extremity and violence. This album is vile from start to finish.

Both: Thank you for your time, Infernal Hails to our dedicated followers, Hail the Darkness!!

Below are links to all of The Infernal Sea's platforms so you can support them in every way.