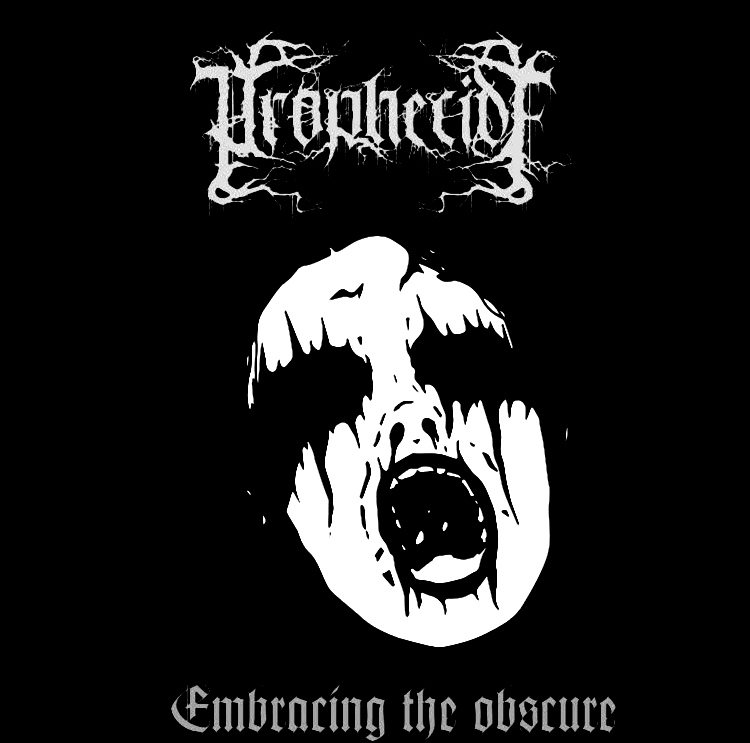 I was unaware of the project Prophecide until yesterday upon being contacted, I decided to build this interview upon a conversation as I couldn't get any information to pre write the questions.

This is a one man project taking influences from Burzum, Venom and many early black metal bands.

The creator of Prophecide wishes to remain anonymous.

Could you introduce yourself to the readers.

I make all the music in Prophecide.
I wish to remain anonymous.


How long have you been creating music under "Prophecide" and what gave you the idea to create what you have today?

Well Prophecide first began in 2016 when my friend and I were trying to start a band.  I came up with the name “Prophecide” which actually means death of a prophet.  Eventually I just took the name for myself because I really wanted to make music and I decided working with people is hard as fuck.
So I made my first “album” last year and honestly I didn’t know what the hell I was doing with that album because it sucks ass.  Don’t even listen to the first album.
I guess Embracing The Obscure is my first album that I really put effort into.
And when it comes to my style of black metal I guess I can just say it’s whatever I want.
If I’ve been listening to a band too much then you can maybe see that in my music.
I mainly try to keep it old school.
Raw Norwegian black metal type of stuff.  Some of its completely different as well though.


When you mention about listening to bands too much that it's obvious to tell in your music would you personally say it's a good thing? Or is it something you try and avoid doing?


What is it about Venom that gives you these ideas?

Venom is kickass in every sense of the word.
It’s a band that always delivers lyrically and instrumentally.
There’s always some message (serious or otherwise) that they want to put out and they always do it so well.
It comes down to delivery of the song too.  They manage to make a song perfect every time and sometimes it’s their imperfections as well.
Venom's music has a weird offset atmosphere to it.
Like kinda uncomfortable but enjoyably uncomfortable.
Just with their creepy intros and fucked up lyrics and heavy guitar, it’s perfection.


So would you say Venom was your gateway band to anything remotely black metal? I know some people don't tend to class them as black metal seeing as it was just more lyrically and visually based on satanism, but then we have those who would consider them as first wave black metal, or would you say that other bands opened up black metal for you?

I would honestly say Burzum was my first glimpse at black metal and it wasn’t for about a year after hearing Burzum that I heard Venom.
So I would say the second wave of black metal was my introduction to the genre.
It was mostly the rawness of Burzum and Venom that I thought was awesome.
It’s like listening to them just practicing their songs and it feels so real.
I just know why those guys in Norway were so obsessed with Venom though.
These bands all just feed of each other and it’s awesome. 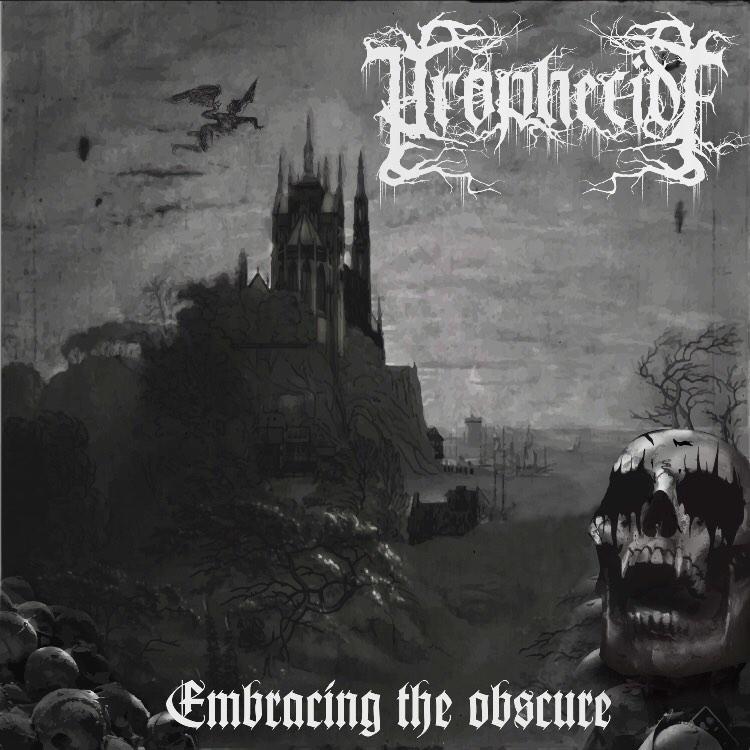 Tell me about your opinion on the black metal scene as it is now, you've mentioned your liking of early black metal because of it's raw sound, but what about black metal with finer recordings? what bands would say you're paying a lot of interest into within the scene now?

I don’t see any problem with high production value.
I shoot for that as well.
I’ve been paying attention to atmospheric black metal artists like Eldamar, Xasthur, and then other black metal bands like Immortal, Waitain, Emperor, Carach Angren and the older bands who still put out albums like Darkthrone.
Point is a lot of these third wave BM bands have amazing stuff and I love it all but you can’t go wrong with bands like Mayhem or Bathory.


The black metal scene still and probably will always have the fans that will only listen to what is classed as "True black metal" and don't really give the newer bands much time which is a shame.
we'll talk about lyrical content now, do you have a specific theme that you tend to focus on a lot? I know a lot of black metal now isn't always focused on the obvious "Anti Religion" "Satanism" etc.

Yeah for me black metal isn’t a religious attack or a satanic promotion.
Lyrically I’m always basing it on either personal struggle or if I think of an interesting topic such as Norse pagan lore or something along those lines, which is why I do Prophecide in the first place.
It’s my outlet where I can make a song about how I’m feeling and release some tension.
I can just free my mind into a song.


It's good to venture outside of that theme, I know black metal will always have the satanic themes and lyrics because that was literally the whole idea around that time to create something dark and evil that nobody else was doing, but now we have bands who explore other lyrical themes and make it fit so well with black metal, onto your album art for Embracing The Obscure, what ideas did you put forward to the artist to capture the perfect image?

I gave him a couple ideas.
My old album art had my corpse paint and a church on the cover.  So I made sure he kept those elements when he made the official album art.
The church is supposed to be a reference to the church burnings in Norway and I wanted to sort of tip the hat to all those bands and that time period because it was my main inspiration and I wanted my corpse paint on it so I could have some sort of face while trying to be anonymous.
Onto the rest of it, the color scheme and the spookiness of the cover is meant to encompass how the album sounds and that liberty was mainly up to the artist Ismaal Estrada.
He’s a really talented guy and he was a pleasure to work with and I’m definitely gonna need him in the future because he’s just great.

It is a very interesting yet dark album art which definitely matches the sound you create also, with this being the final question I would like to ask what your plans are for Prophecide from here?

Going forward i’ll be making music till the foreseeable future.
It’s something I think i’ll always have in life.
I love making music and releasing my energy and emotion into it and if I can supply someone with something they enjoy then I’m happy.
I love hearing what people have to say about my music.
Black metal is sometimes all I can do and want to do.

Thank you for reaching out to me I do appreciate your time.

Thank you for the interview, it was fun.

All I can say is listen to my new album Embracing The Obscure on SoundCloud, YouTube and hopefully some more platforms soon, stay trve.

Below I have attached a link to YouTube so you can listen to and support Prophecide.