An interview with Victor from Whipstriker 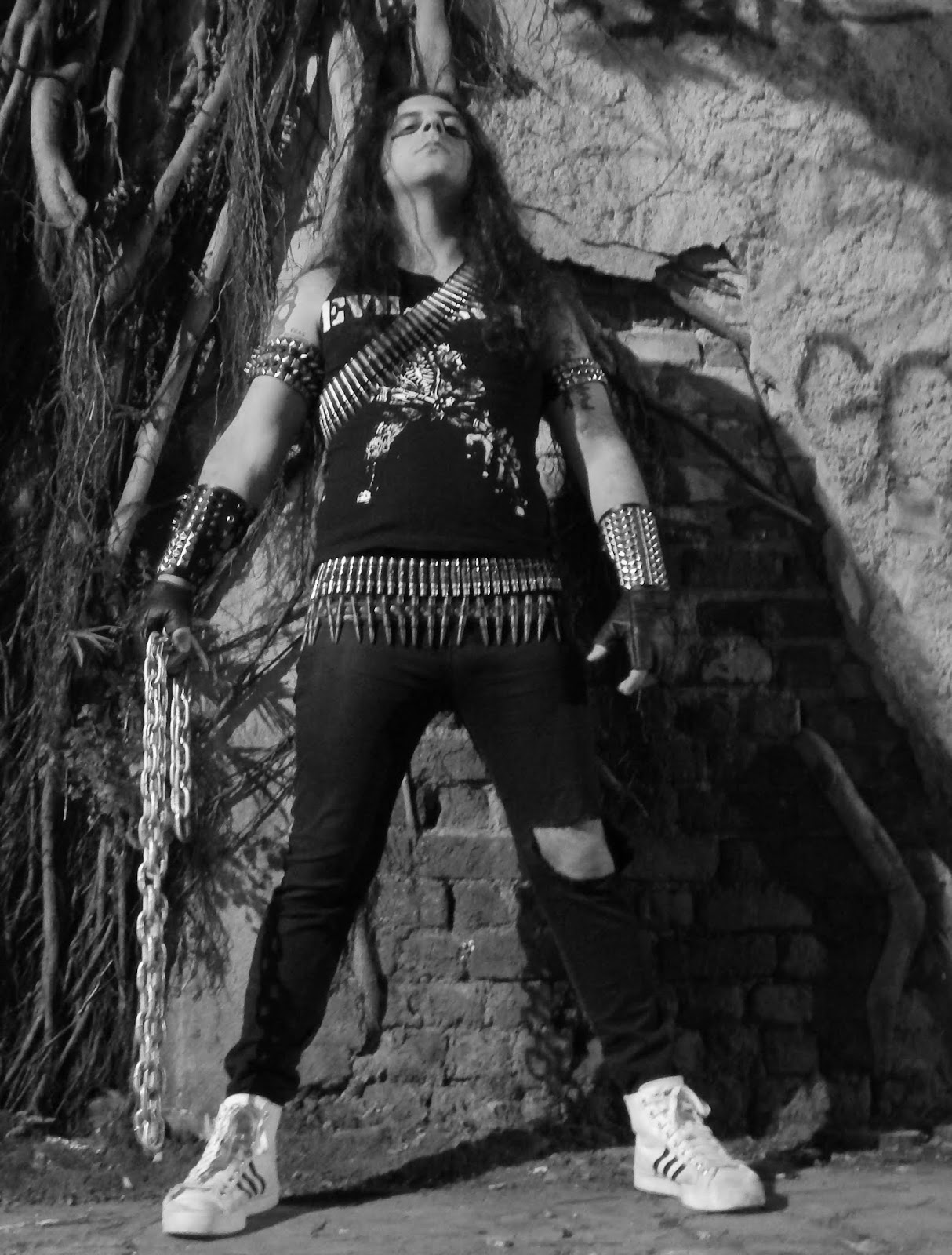 Recently I spoke to Victor from Whipstriker.

Whipstriker are in their own words a Mayhemic Speed Metal band from Brazil.

They released Merciless Artillery back in 2018 through Hells Headbangers Records, you can listen to and purchase this album and previous releases by Whipstriker in the link below.


Whipstriker has been active since 2008, what would you say gave you the idea to start the band? As far as I am aware Whipstriker also started out as a one man project.

Yeah, back in 2008 I remember I had like 20 songs ready to be recorded. Then I invited my friends to record our first album and our first EP. I was very inspired by Joel Grind from Toxic Holocaust. One-Man Project means freedom! I could invited many friends to record and play live shows. That´s what I do since 2008.

Whipstriker released Merciless Artillery back in 2018, how would you describe the process of writing/recording for the album?

I love to compose new songs. That´s why we have a lot of splits and EPS. Merciless Artillery is just a compilation of 8 songs among many others. Since I am free to create, I often change the vibe of the songs. If you check the preview stuffs you will listen more Crust, more Punk, more Motorhead. This time we´re more Speed Metal, more german influences and les english/swedish punk. But Venom and Warfare are Always there.

The band is based in Brazil, how would you describe the metal scene in Brazil at the moment?

The metal scenes are similar everywhere. We played tours in Europe, USA and some South american countries. You see the same everywhere. Nobody is satisfied with the local scene. Everybody complains about the local scene all the time. Brazil is not different. We have a lot of killer bands since the 80´s. The real problem is the money. I mean, the most of the people have no money to buy amps and good equipment. We often play in shit amps, shit drum kits etc. About the bands, I recomend Apokalyptic Raids, Grave Desecrator, Flagelador, Murdeath, Violator, Cemiterio, Cult of Horror, Sepulchral Whore, Necromante, Velho and many others. 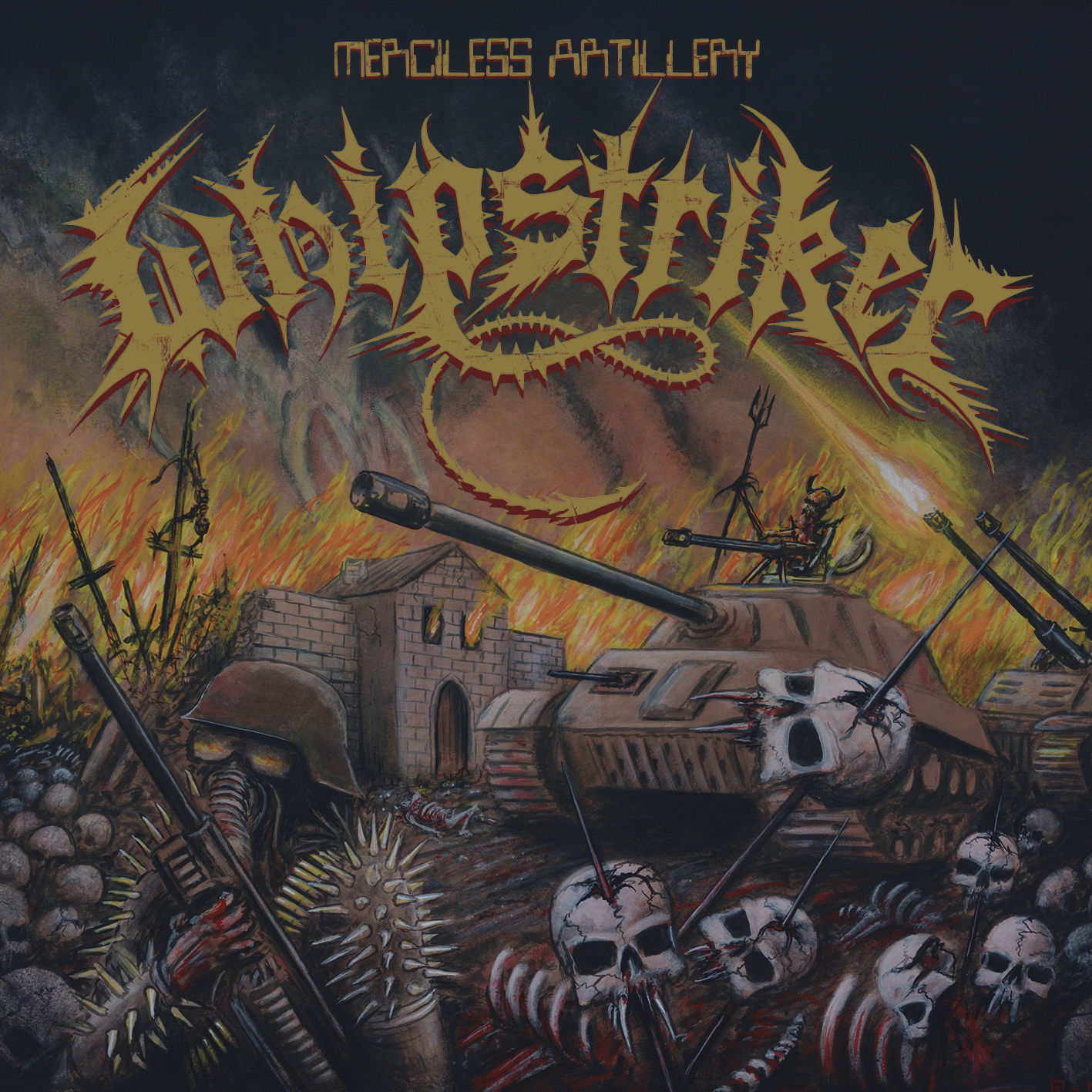 The album art for Merciless Artillery was created by Rok (Sadistik Exekution), what was it that attracted you to Rok's work?

War is the answer. I love the Rok´s Work. He is perfect for war artcovers. He recreated our logo too. I wanted colours on the artwork. The preview album´s artwork was made by Mark Riddick. I like a lot of his drawings but they´re in Black and White. We´re looking for new killer artists for the next album.

When it comes to influences you can tell just by listening that Bathory and Venom play a huge role, what other bands would you say are big influences on you?

Where did the name Whipstriker come from?

I don´t know. I think from the Venom's song S.A.D.I.S.T (Mistress of the Whip)

You're signed with Hell's Headbangers Records, how did this opportunity present itself to you?

Hells Headbangers is great. I've known the label since their early days. I sent them our new Diabolic Force album and they released it. Then I sent the new Whipstriker and they said YES. Their work is great!

What are the plans for Whipstriker from here?