An interview with A.S from Of Feather And Bone 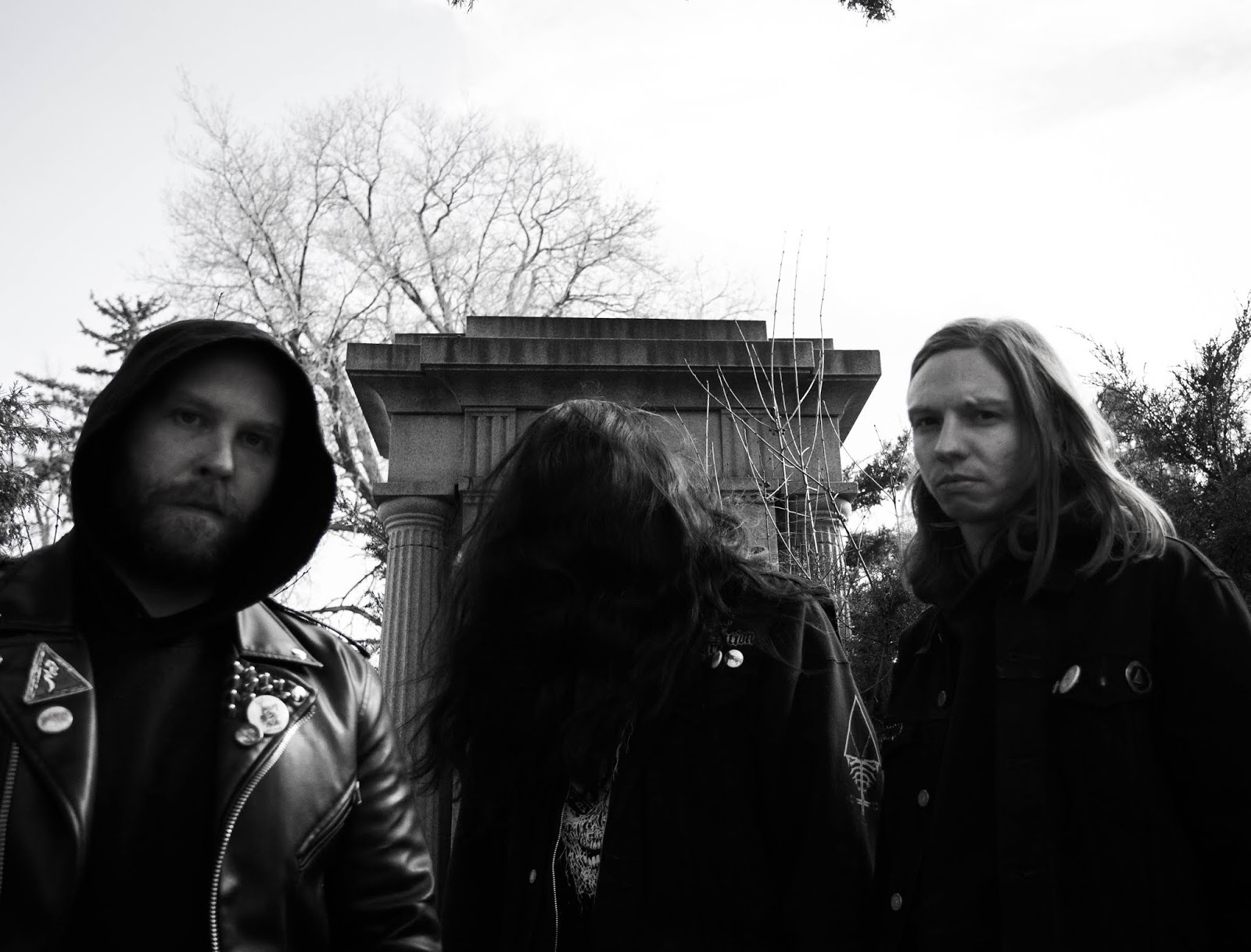 I spoke to A.S from Denver based Death Metal band Of Feather And Bone, they're currently on a european tour with Tomb Mold and Ritual Necromancy.

Of Feather And Bone were a band I stumbled across a few years ago whilst shuffling through recommended artist on Spotify, upon listening I was immediately intrigued by the band and have been keeping up with them since.

Below is a link to bandcamp so you can listen to and support the band.

This is A.S of Of Feather and Bone and I play bass and do vocals

Tell me about the beginning of the band, where did the idea stem from?

We started the band in 2012. DG and PW had been playing in a band before that was more grind and power violence. I had seen them play a show without a bass player and asked if they needed someone. From that point the band wasn’t called Of Feather and Bone and it later evolved into what it is now.

The band has progressed a lot sound wise from Adorned In Decay to Bestial Hymns Of Perversion, what would you say influenced the change of sound?

We had written the older material so long ago. We wrote it and then recorded it but by the time any of it came out into a physical format, we had already been playing the songs and also had started writing the Pious Abnormality demo. Out of respect to the older material we toured on it and played the songs but within our practice space we had already started writing the direction we truly wanted to go, but just wanted to take our time and introduce it at the right time. I think a lot of people believe we just changed the sound overnight when in reality it had been laying dormant for a couple of years.

Do you try and have a set theme for your releases at all?

The only true theme I stick to with lyrics is blasphemous and hatred towards christianity. Sometimes other themes find their way in but I'll always find a way to connect it to that encompassing idea. The music, sonically, has always been a focus of being uncomfortable, unrelenting and somber. Some things we always try to keep a focus on.

Does the name Of Feather And Bone have any specific meaning behind it?

Not particularly. We chose the name knowing it wasn’t the same as everything else. Something that people would judge without hearing the music. We’ve heard countless amounts of time over the past 7 years at how people are always shocked when they see us live for the first time or hear our music and solely had preconceived ideas of the band solely based on the name. Overall, to this day, I say let people say what they want. A name is a name. In the end it’s about the music we write and how we perform it and portray it. 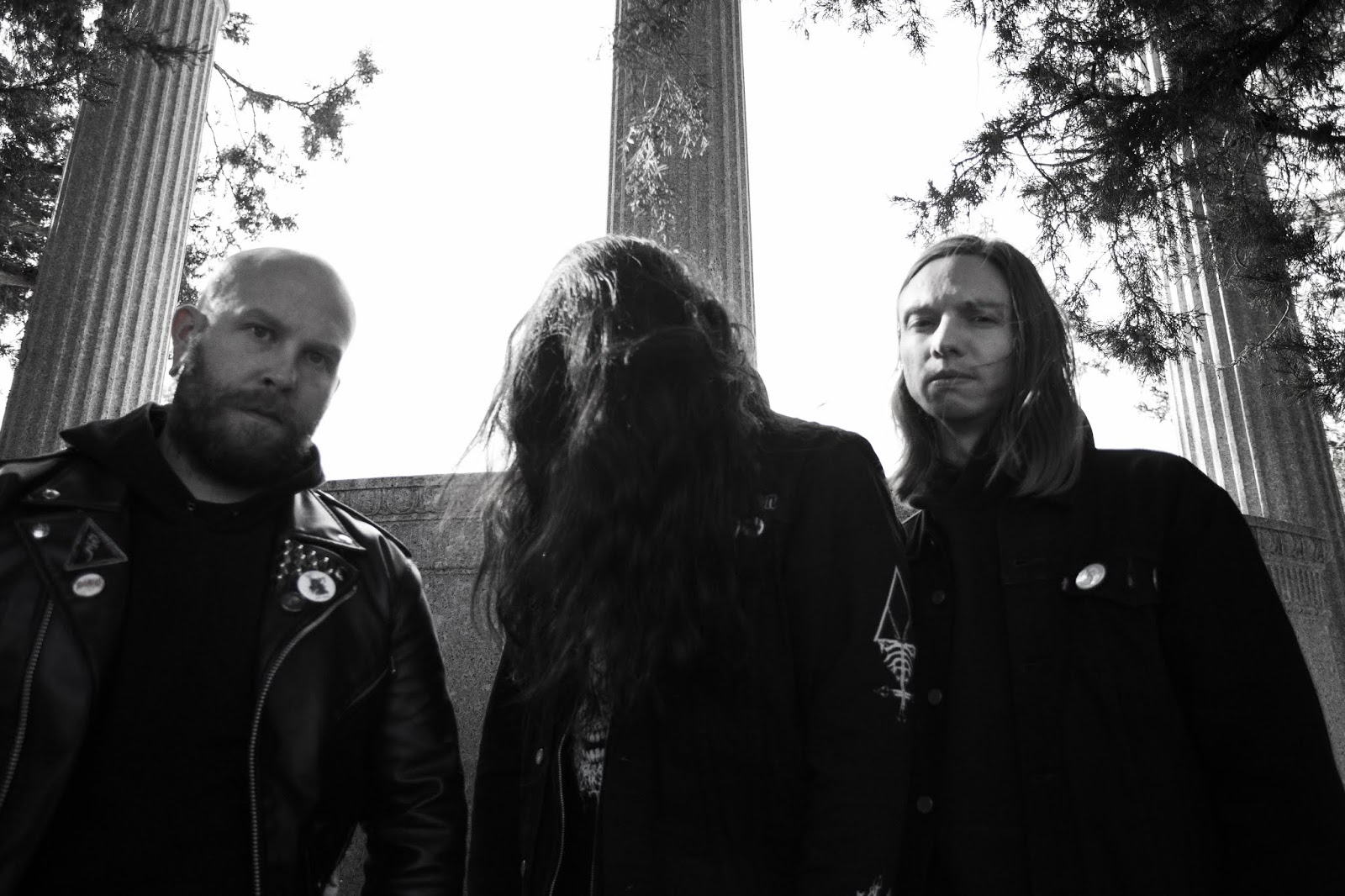 What does the album art for Bestial Hymns Of Perversion represent?

When we met Khaos Diktator all I had told him was a basic idea of the lyric content. He read the lyrics and took away what he got from it. In turn, we got two different variants of the cover from him and we loved it. Rather than just giving people a theme and idea and art form on a silver plate, I like people to take their own ideas from the music whether or not that was our intent or not

Currently you're on a european tour with Tomb Mold and Ritual Necromancy, what locations on this tour are you looking forward to visiting the most?

We’re actually currently in our hostel preparing for day 1 of Killtown Deathfest. We begin the tour after the fest is over. We love Europe. We love how much the people hear are maniacs over death metal. Every where we’re going is something we look forward to. New places, places we’ve been before. We’re just excited to be here and play to new people.

Upon the sound change what kind of reactions did you receive from your fanbase?

Overall it was the best decision we ever made. We received nothing but a great response from people all over the world. For those who hated it; good. It wasn’t meant for them in the first place and it weeded out the weak.

What 5 death metal albums do you never tire of?

I can only speak on my behalf here seeing that the other two guys are currently sleeping, but for me:


Thanks a ton for the questions!