An Interview With Bradley Zorgdrager 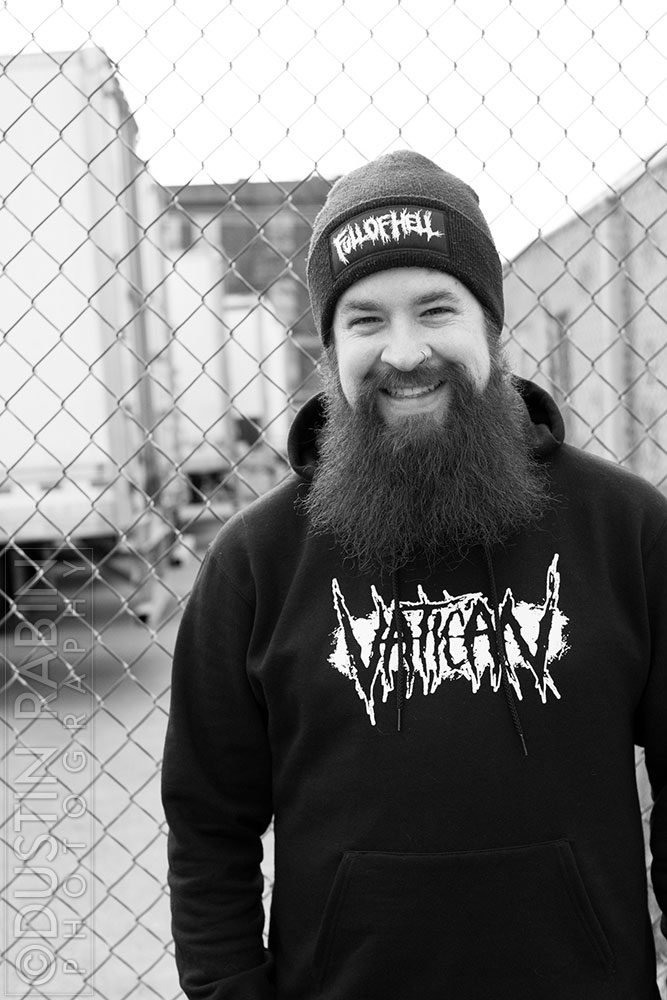 Recently I spoke to Bradley Zorgdrager who is part of YouTube metal review channel Banger Tv.

Bradley is also a media assistant editor at Exclaim and a freelance journalist.

Below is a link to Bradley's section on Banger TV


Tell me about how you got into metal music, what bands would you say were your gateway to the genre?

The first CD I bought with my own money was Sum 41's All Killer, No Filler. From there, I just steadily wanted more and more aggression. The first metal bands I really got into were metalcore groups like Killswitch Engage, Atreyu, From Autumn to Ashes, etc. My first straight-up death metal love was Bloodbath, and it was all over from there. I wish I had a better story, but I don't. My family didn't listen to much music growing up, barring the radio or whatever quiet music my parents listen to, so I didn't really have anyone who influenced my path aside from what was popular at the time (pop punk) and finding stuff beyond that.

At what point in your life did you decide you wanted to take up reviewing/interviewing bands and how did the opportunities present themselves to you later on?

I dropped out of business school and didn't know what I was going to do, so I went to my neighbour for career counseling (that's a thing). It kept telling me I was a good fit for journalism, but I was never huge on English in school because I hated the analyze Shakespeare's themes bullshit. I kind of thought I could never make it as a writer because of that, but the more I thought about it I remembered my writer's craft class, which really hammered home some grammatical concepts that had eluded me and got me stoked on writing by allowing me to write about — gasp — things I was interested in! I always read a lot of music magazines growing up, so I said fuck it and applied for journalism school.
I had to do an informational interview with someone whose career intrigued me for my careers in journalism class, and I interviewed the metal editor for Exclaim!. I asked him if I could send him some of my work at the end of our conversation. I didn't think he'd ask me to write for them but maybe would give me some tips to improve. Anyway, I ended up writing for them, eventually took over as metal editor and started at Banger TV.

Speaking to a camera was hard at first, and I often find myself writing my notes in a way you'd write but not speak, forcing me to change it up on the spot. It's a fun challenge and allows me to further my communication skills in another medium, so I'm into it. I like both for different reasons. I really like how eloquent you can be with writing, as well as the little subtleties that more in-tune fans might notice but others might not. It's a bit harder to be subtle in video as it's literally being spoken in your face, but there are benefits to that too. You can really sell points and jokes by using intonation, etc.

Overall what would you say was your favourite album to review through Banger TV?

Picking a favourite is incredibly difficult, so I'm just going to list some favourite moments attached to some of them. I love the gurgle/spitting up of Monster in my Exhumed review because it's ridiculous. I love the Machine Head one because it connected with a lot of viewers via comedy, plus a little birdy told me the other members of the band (not Rob Flynn) didn't like the album either, so HA! I really love my Vein/Imperial Triumphant dual review because those are two of my favourite release of the past few years. I love my Bring Me the Horizon review because it got a lot of views and stirred up controversy. I love my latest Full of Hell review because it was my first-ever perfect score on Banger TV that wasn't a Rewind. I love my Slipknot review because Corey Taylor was incredibly gracious about it and invited me to the show after. I could seriously list a reason that each of them stands out for me because they're all unique experiences.

You visited the UK this year with Frontierer, what bands that played alongside them would you say impressed you?

We played a sold out (read: WAY oversold) show in a tiny bar in Lyon, France with Drug Church. I first toured with their guitarist, Nick Cogan, years back when he was guitar teching for State Champs. That band is awesome and Patrick has some of the best stage banter going. He has a really interesting viewpoint on the world and it bleeds out through that and his lyrics. That show was the hottest I've ever been. Dead Kiwis played too, and they're rad. We also played with Oddism. Their vocalist, Gio, did guest vocals for Frontierer. It was rad! The obvious one is Whitechapel, whom we played with at a festival in Italy. Zach and I started chatting a bit after my review dropped, so we caught up a bit there. Nice guys and a great band who released their best album this deep (seven LPs) into their career.

In regards to interviews, if you had the opportunity what bands/artists would you love to talk to?

I've done so many of them already. It's crazy. I'd love to interview Gaahl because he is such an interesting character and something of an enigma. There are some big ones (Cannibal Corpse, Meshuggah, etc.) who have managed to elude me, but I'd only want to interview them if I could bring something new to the table. I don't simply want to rehash questions and get the same information out there in a different way. I'd really need to dig deep. These days it's less about the artist and more about the story; if someone has a good one, I want to tell it.

How are things with Sorrow Carrier Records? Is this label still active at all?

Sorrow Carrier is basically in a perpetual state of stasis. I don't know if I will ever revive it. It simply costs too much and doesn't really return on that investment much. I'd rather focus on the sides of the music industry that I'm better at.

What have been your top 5 releases so far this year?

Off the top of my head...Full of Hell, Whitechapel, Brand of Sacrifice, Sanguisugabogg and Selfish Things.