Photo credit for both live photos goes to Shannon.


Over the past few months I've been speaking to Scott Conner who is behind the previous one man black metal project Xasthur.

Scott took a new direction with Xasthur quite some time ago and now plays in what can be described in his own words as Doomgrass.

I've been a fan of Xasthur for many years now so it was an honour to be able to talk to Scott about all things Xasthur past and present. 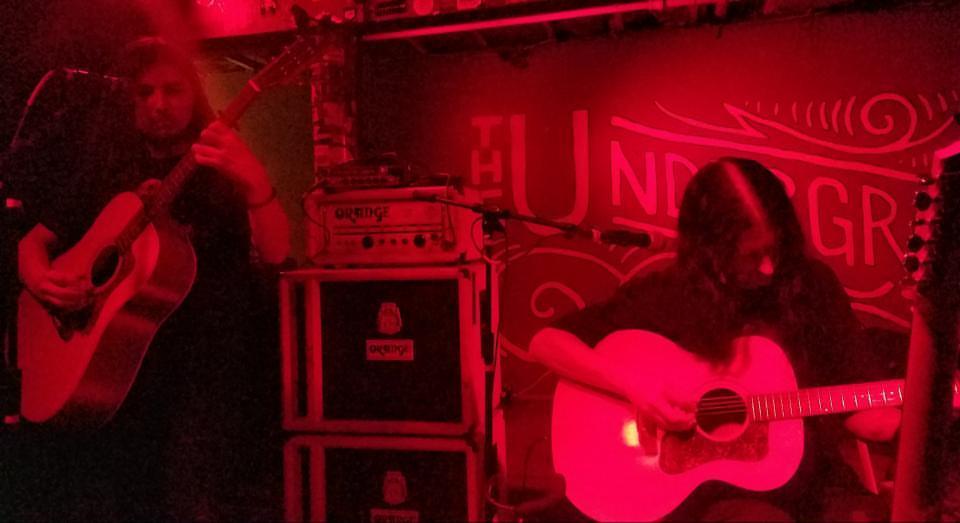 As many people would know "Xasthur" started out under black metal but has since developed into acoustic, you changed the name to "Nocturnal Poisoning" when you switched to acoustic, what inspired you to make the change musically and the name at that time?

I wanted to be more desripitve and honest in what I was singing about and observing explicit, as well as musically doing many things that I wasn't getting the chance to do in black metal. 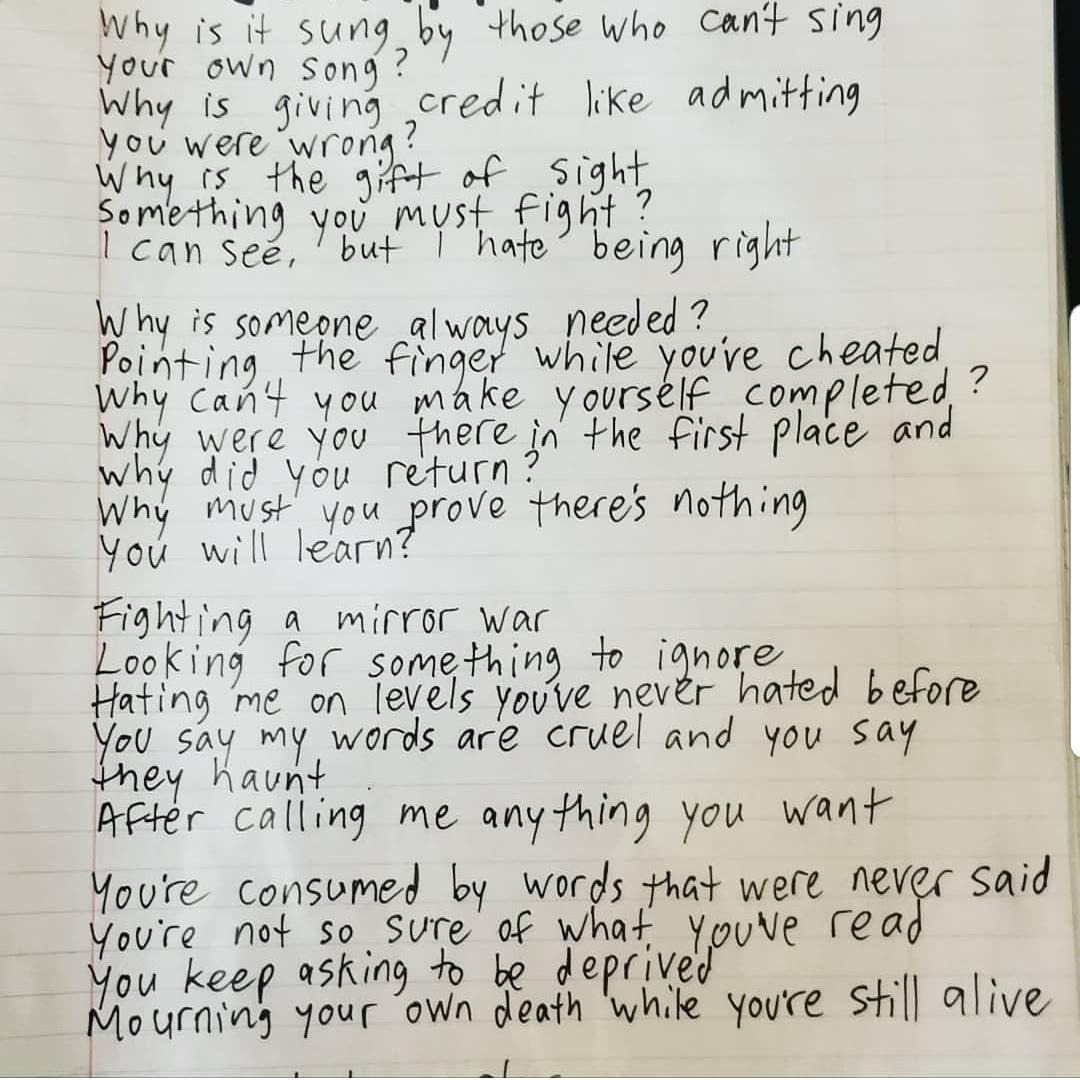 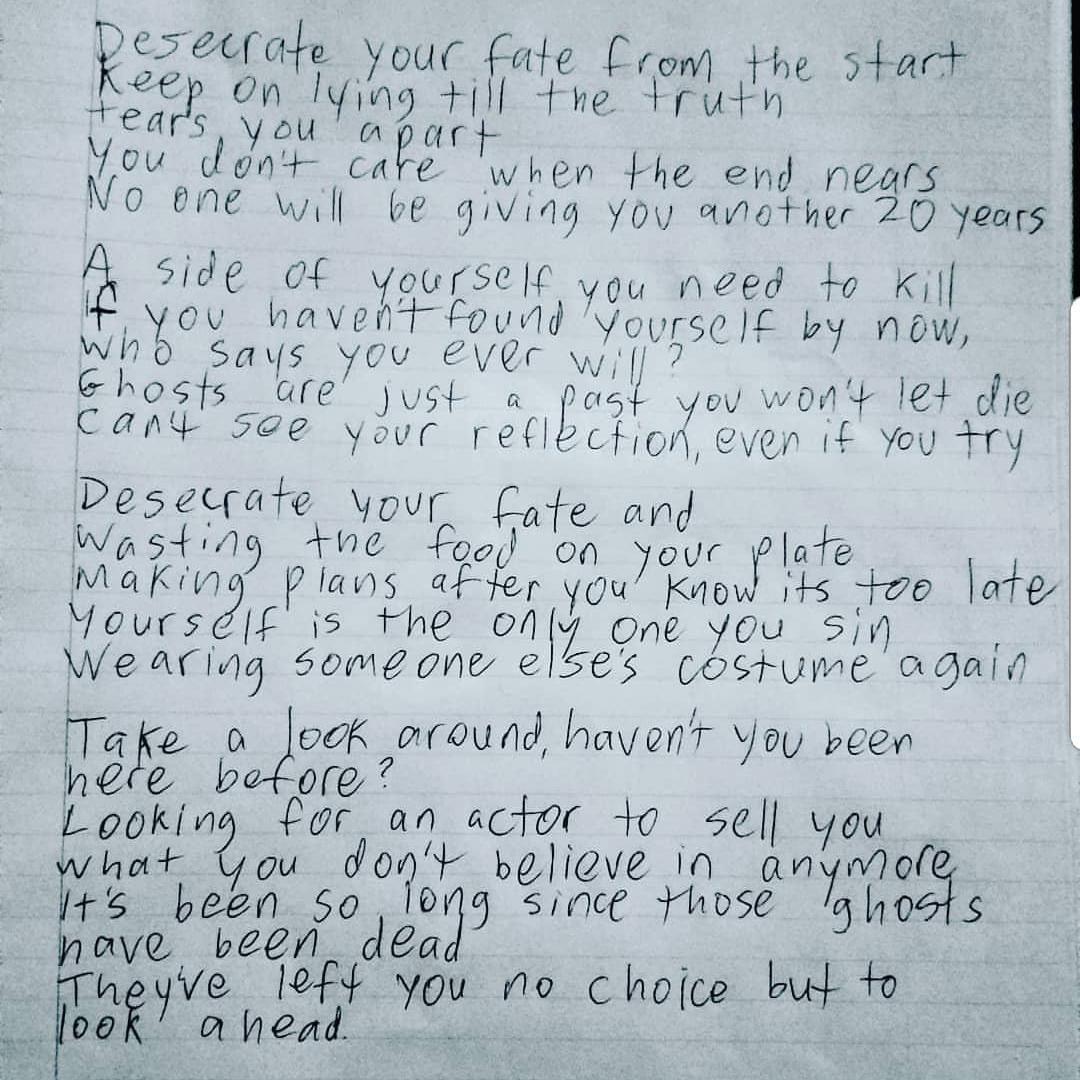 Continued: I thought changing the name to nocturnal poisoning would be a hint as to who was doing this project, something different, apparently not! So I just changed the name back to Xasthur, but without blindly doing black metal, keeping it acoustic.

Black metal runs out of ideas, often and fast. It has its limitations and all the bands basically sound the same and have run out of things to sing about, can't you hear it, do the people who are so into it notice this? I don't run out of ideas with what I've been doing acoustically, that's why I'm doing this, or another reason why. There is a difference between all music, not anything or everything goes into one or two genres.


Would you say that you have no interest in the whole black metal scene at all now? I imagine you probably get swarmed with people wanting to see you play the original Xasthur content live? Would this be something that would never see the light of day?

I would be limiting myself and censoring myself by performing black metal "content" live. 2019 is the original Xasthur. If the price was right, plus I had the ways and means, I might do it, I mean hey, a lot of musicians including black metal ones bend over or sell out for a lot less, but I'm not going to do something I don't believe in or care about for free, that's even less inspiring. I have very little interest in the black metal scene, it doesn't have any meaning...

There haven't been any offers that are significant enough from any promoters or whatnot to make me think over some black metal performances. That lets me know that either I'm doing the right thing in doing what I'm doing today or I have nothing to lose in going acoustic.

I've noticed I still like some black metal from the 90s, for example I  think sigh from japan are still amazing and real plus there's a few bands I'm probably not allowed to mention (anymore) but since then, its lost being underground, lost its voice and pretty much all sounds the same as if no one cares about what they're doing but doing it anyway because it's about anything besides the music and having a voice. It's the truth and ironically, a lot of people want to call me a hater or bitter over it. I think of all I'm not hearing in it and how little I am, guess that's what happens when it blows up.


Staying on the subject of live performances, what were your feelings towards playing your first live performance as acoustic? As far as I am aware you didn't ever plan on Xasthur performing live at all many years ago, what inspired you to make that change?

The acoustic idea was like starting all over again, 96 through 2010, I never had the intention of playing live, but since 2010, I played, practiced and wrote FOR playing live rather than just recording something and moving on to a next song. Not just with the music and lyrics, but I wanted to make a big change. It's always exciting to play live though and the first show went pretty well at a festival up near Olympia. Many live shows have felt like a challenge or a test that helps me progress as a musician. It's very important to me because anyone can record these days by having an app do it for them but can they do it live is another question. Again, I wanted to do and say more, musically, lyrically, including playing live, reasons for starting over, doing something else and new. The black metal stuff wasn't enough, I couldn't even remember, play or explain most of that shit two weeks later.


I see it as you can express yourself more musically when playing live, people can gain some sort of understanding when actually visualising it, what kind of reception did you receive from the audience after your first performance?


Yes that's the idea, what's going it can be seen and heard, maybe not all that loud but clear! I hope that listeners can visualize what's being heard and said. The first show was alright, I guess enough people stuck around for it and after that one in particular, it was just like reaching the finish line but it was a pretty good reception....

Playing live, I believe, is a way of breaking down acoustic stereotypes. I think a lot of people believe that kind of music is basic, giving 60% and that the subject matter is supposed to be nice and pretty. That's not the case with xasthur and I'm giving more than 100%.

Would you say that the more you play live the more it  helps you progress as a musician?

Yes, I would say that it helps on my own time, it helps me play things right, helps me get things down tighter, it also helps with writing and then practicing/jamming with friends like chris and joe.


The title "Doomgrass" has been placed on Xasthur in regards to genre, was this something you've listed yourself under as a way you'd personally describe your sound or was this placed upon you by your listeners?

The name doomgrass came when I was describing the music to someone I knew in New Mexico, I said it was dark like doom and had some of the chords and picking of bluegrass too and he said "doomgrass", so I just called it that ever since and call it a genre of my own or one that might bloom some day.

To me, doomgrass is acoustic, dark, disharmonic contrasting with light, with blues, folk, jazz, doom, ragtime, twenties and thirties music, western, spaghetti western, outlaw country etc, or at least my own loose interpretation of those things.


It's quite an interesting mix especially with it having sections related to the western era, would you say you've heard any other attempts at Doomgrass from people after hearing you or would you say you're the only one under the title at the moment?

Sometimes people will tell me they or someone I know is attempting some doomgrass style of playing and I usually don't think it sounds too much like what I'm doing, like I said, their own thing, some things I didn't think of doing myself and I think that's pretty cool.


You can kind of see at as if you've paved the way for it, like you've said people will play their own take on it and it may or may not sound like the style you play but it's new ideas for doomgrass to progress.

I noticed a post from you via your Instagram that a new Xasthur album may be in the works, this was back in July, if you are still in the works at the moment how are things going with it? And what can we expect from Xasthur in the near future?

Yeah, having a record a few years or so back called doomgrass seemed like the beginning of that. Yes, a new record has been in the works for a long time, but we have all moved and/or live hundreds of miles apart from each other the past year or so, myself, Chris and Joe. I've been homeless, living in motels, in my car and staying with friends on and off the past few years.

This makes things pretty hard in making it happen, plus while we're all miles apart, I keep on making more songs, adding on to it and trying to improve it. Leave it to me to complicate shit like that. But I think we have or will have it narrowed down to 20 to 25 new tracks for an album soon. 2020 has to be the year it comes out. I've been trying to outdo the 2016 record 'subject to change' ever since.

A big thank you to Scott for taking the time to talk to me.