An Interview With Bill Venner From Disma 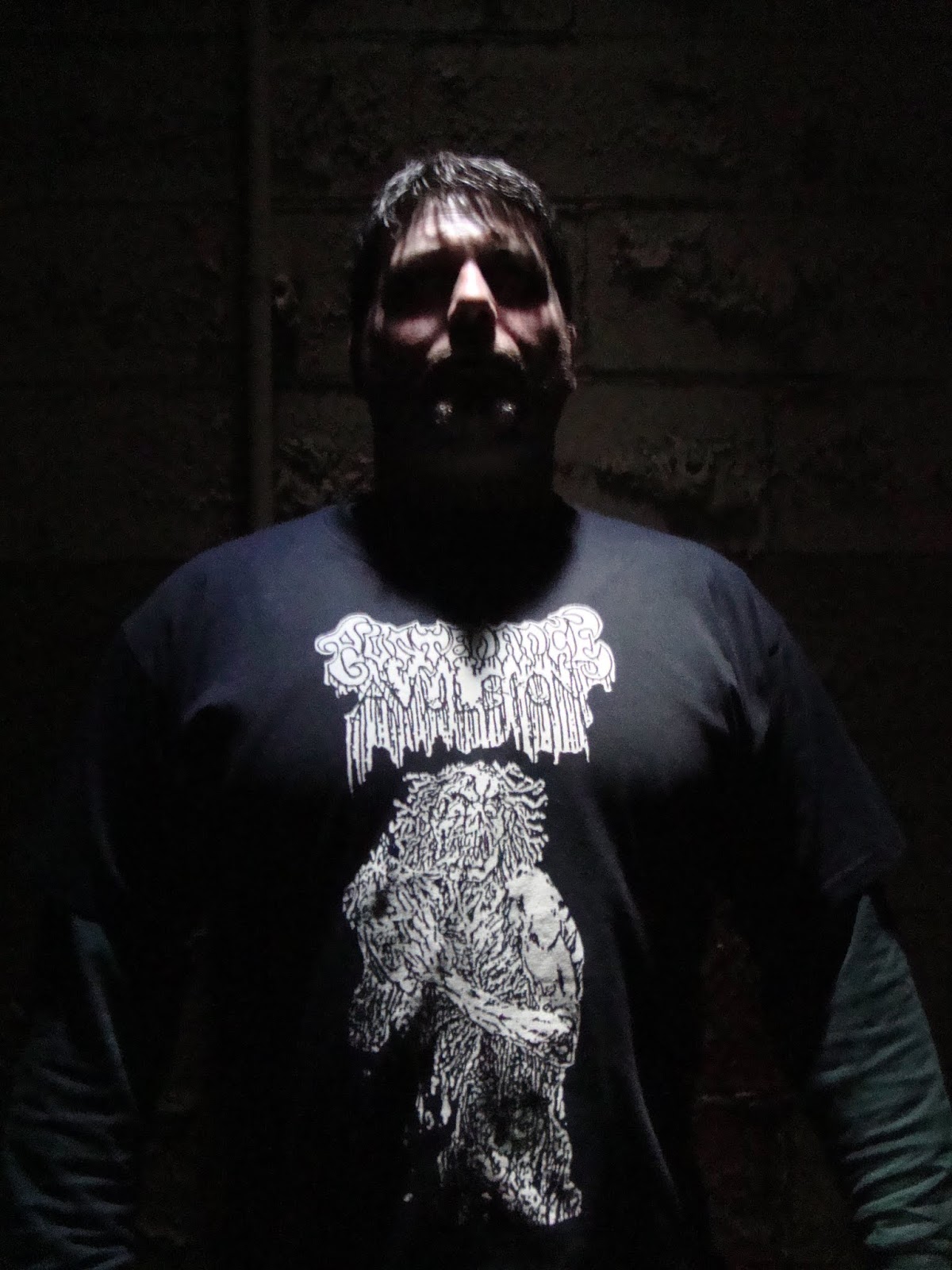 I stumbled across Disma around 2 years after Towards The Megalith was released, the New Jersey death metal band is built up of members with an extensive history within the death metal scene as well as previous members.

Bill Venner is the guitarist for Disma and in the past has played with Incantation for live performances, I reached out to Bill about the possibility of the interview and he was more than happy to take part.

Disma are currently seeking out a new vocalist and guitarist or the possible combination of both to get back on track.


Below is a link to the Profound Law bandcamp which has releases from Disma available.


We see the beginning of Disma back in 2005 (if I'm correct) where did the whole idea for the band stem from?

Yes you are correct. Around late 2005 I wanted to get a band going, write a few songs and maybe just put out a demo. I felt the music scene at that time was getting better with some decent releases. So it got the blood boiling. I had just bought a new guitar, so I wanted to finally get out some music and ideas that I have been sitting on for many years. At the time I was working at this company with a few old friends from the local music scene. Paul Zavaleta from Deteriorot, Oscar Matter from Ceremonium and Omar Davila from Bloodthrone and Engorged. We would all sit around and talk about the old metal days and that’s what inspired me as well.
I would get together with Omar after work. We would jam with his drum machine and work out ideas. We were working on an early version of a song that would later become, Vault of Membros. But unfortunately Omar was moving back to Ecuador so that ended very quickly.  So I sat on it for a little while and started drawing the logo for the band and getting more ideas together. Once I got inspired again and felt the time was right, I contacted another old friend from the local scene. Daryl Kahan of Funebrarum and Abazagorath. I asked if he would like to get together to play bass or guitar. We had similar tastes in music so this worked out very quickly. Daryl also played drums so we would write parts with him playing the drum machine manually and me on guitar. We had a 4 track we would plug into and record our jams. This was around late 2006. Funebrarum was on hiatus so soon after we asked Shawn, the drummer of Funebrarum, if he would like to jam and he agreed. Soon after we got Randi Stokes to play bass. We jammed and refined our style for many months. Craig heard a rehearsal of us at Randi’s house. He liked what we were doing and became interested. Daryl asked Craig to come down and the lineup was complete. It all clicked! We refined the 3 songs we had and went in and recorded our first demo. Disma was on its way.

In 2009 you released your demo The Vault of Membros, how would you describe the progression of your music since that demo?

“The Vault of Membros” was a long time in the making. We jammed those 3 songs for over a year, tweaking them until we were fully satisfied.  We were solidifying our sound and style with this demo. We also had versions of Chasm of Oceanus and Spectral Domination floating around as well.
We didn’t progress that much. Everything we write is well thought out and never rushed.

Does the name Disma have any specific meaning behind it at all?

Some people think our name comes from St Dismas the penitent thief.  But it is not. We are not into religion only mythical history. All religion is bullshit. It was a play on 2 bands I really liked,
Xysma and Disgrace from Finland. Also the Dismal feeling of the music I was trying to achieve.
DISMA IS DEATH… DEATH IS LIFE. 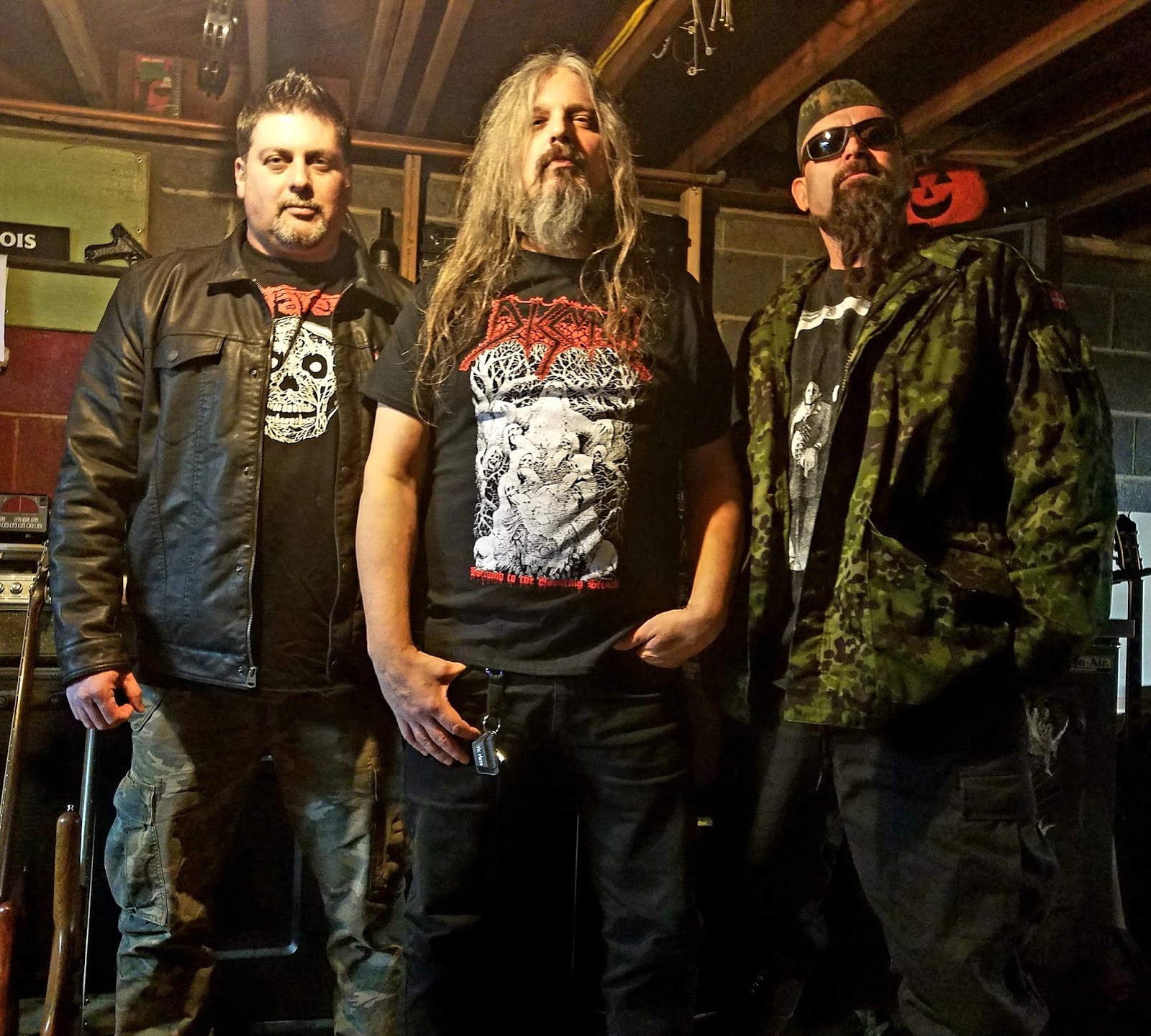 What would you say inspires you the most when it comes to writing material for Disma?

Most of my inspiration comes from all the old gods of metal. All those classic heavy metal, thrash, grind, and death albums have transferred into my DNA. I bleed for true metal. Also our tormented lives add plenty of inspiration. Classical music is also very inspiring as well as movies. We are all fans of horror and Sci-fi.

The artwork for Towards the Megalith is something that stands out a lot, could you give some insight on the whole idea of the artwork?

We had the idea of some sort of eerie procession of hooded figures carrying caskets. When we found Ola Larsson we gave him the idea and he ran with it. He also did the artwork for our 7” Eps we’ve released as well. The guy is a true artist and a visionary genius. His artwork propelled us like we could not even imagine. He is currently working on our new album cover. From what he has shown me so far looks absolutely amazing and we cannot wait to see what the final piece will look like.

In your opinion how do you look upon death metal now compared to the early days, you've all been around death metal for quite some time now so would you say you've seen a big change at all?

The Internet has absolutely ruined the beloved scene we once knew. At first I didn’t think so, but now I see it clearly. Also time itself factors in and things always get out of hand over time.  In the early days of the scene almost all death metal was killer and it was exciting to hear all the new bands. Look at all the old distro ads from the late 80’s / 90’s! All killer, no filler.  Now there are so many sub genres I cannot even keep track. A lot of crappy music disguised as “death metal” has flooded the scene, but I see through it. Everyone has a band now. All the mystique is gone, but there are moments of old school bliss. 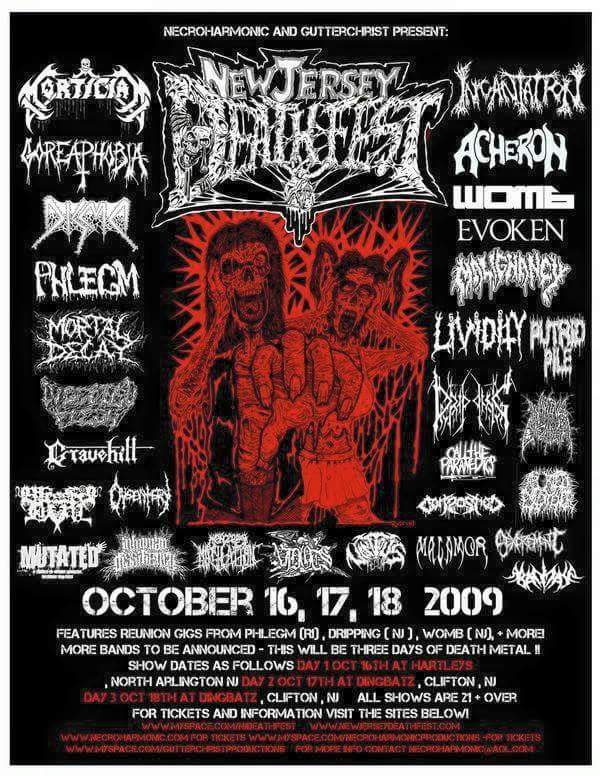 When was the first live performance for Disma and how would you describe it in a whole?

Our first show was Oct 17th 2009 at the NEW JERSEY DEATHFEST at Dingbats in Clifton NJ
We played 4 songs if I remember correctly. A short set to help us get a start. It was held in our bands hometown at the time. Was a killer fest thrown by our old friends Roy Fox and Gutter. We shared the stage with a lot of killer bands. Our set went over great. People wanted more so it was a good sign.

What are the plans for Disma from here, your last release The Graveless Remains EP was released in 2017, do you have any material in the works at all?

Right now we are looking for new vocalist and possible second guitarist, or a combination of both.
We are looking for the right person for the job and will not settle for anyone.
We are in fact writing material for our second full length. We have one more album with Profound Lore. A lot of setbacks in the lineup slowed things considerably, but we have a few songs already written and we have many riffs and ideas waiting to become songs. We also have plenty of lyrics ready for at least 10 songs. So plenty of ideas to flesh out. We cannot wait to unleash this new material.
You can visit our website at www.dismaband.com for up to date info and merchandise. We have T-shirts for sale. You can also find us on Facebook.

Thank you Tomb of Grief for the interview.