An Interview With Crescent 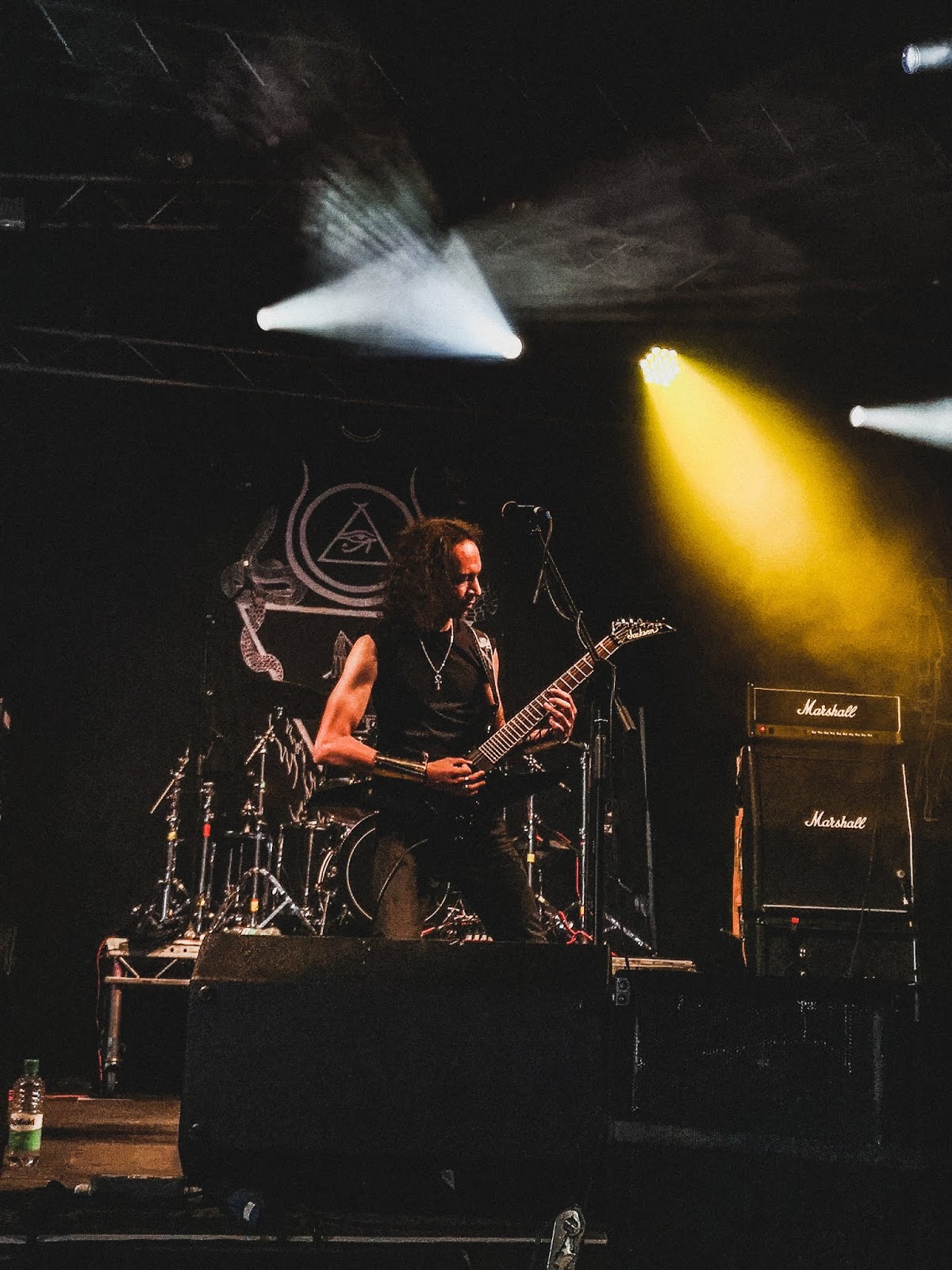 Earlier this year I was planning out what bands I would be watching at Bloodstock 2019, I stumbled across the band Crescent and decided to have a listen, straight away they reminded me a lot of Behemoth and Nile which was a very interesting mix.

Crescent did not disappoint when I actually saw them and so the interview was a must after that.

Below I have attached a bandcamp link so you can listen to and support Crescent.

The begining of Crescent back in 1999 saw you as a Black Metal band, what would you say inspired you to make the change to the Blackened Death Metal band you are today?

Well, it's a gradual process: for example our EP 2008 was more on the Melodic Death Metal side, with completely different themes. It just comes naturally with the music that represents us more and the topics we feel like tackling, and nothing inspires us as much as Egypt does.

Does the name Crescent represent anything for you at all? I believe most people would take it as a lunar relevance.

Sure, but it's generally an important symbol throughout Egypt's history: Ancient, Medieval and Modern.

We are glad that you enjoyed it. They were our first UK shows so they were special, and we felt immense energy and feedback from the crowd, especially in London since the atmosphere was more ready for an intense and close (to the crowd) Extreme Metal experience.

When it comes to inspiration what bands would you say had a huge impact on you? Any Egyptian bands that we may be unaware of?

Bolt Thrower, Death, Dissection and the 90s Swedish Black Metal scene in general. In terms of inspiration, no Egyptian band inspired us considering that CRESCENT was born early enough (1998) from the ashes of another old Black Metal band that existed around '96. However, you should check Ahl Sina and Osiris out. 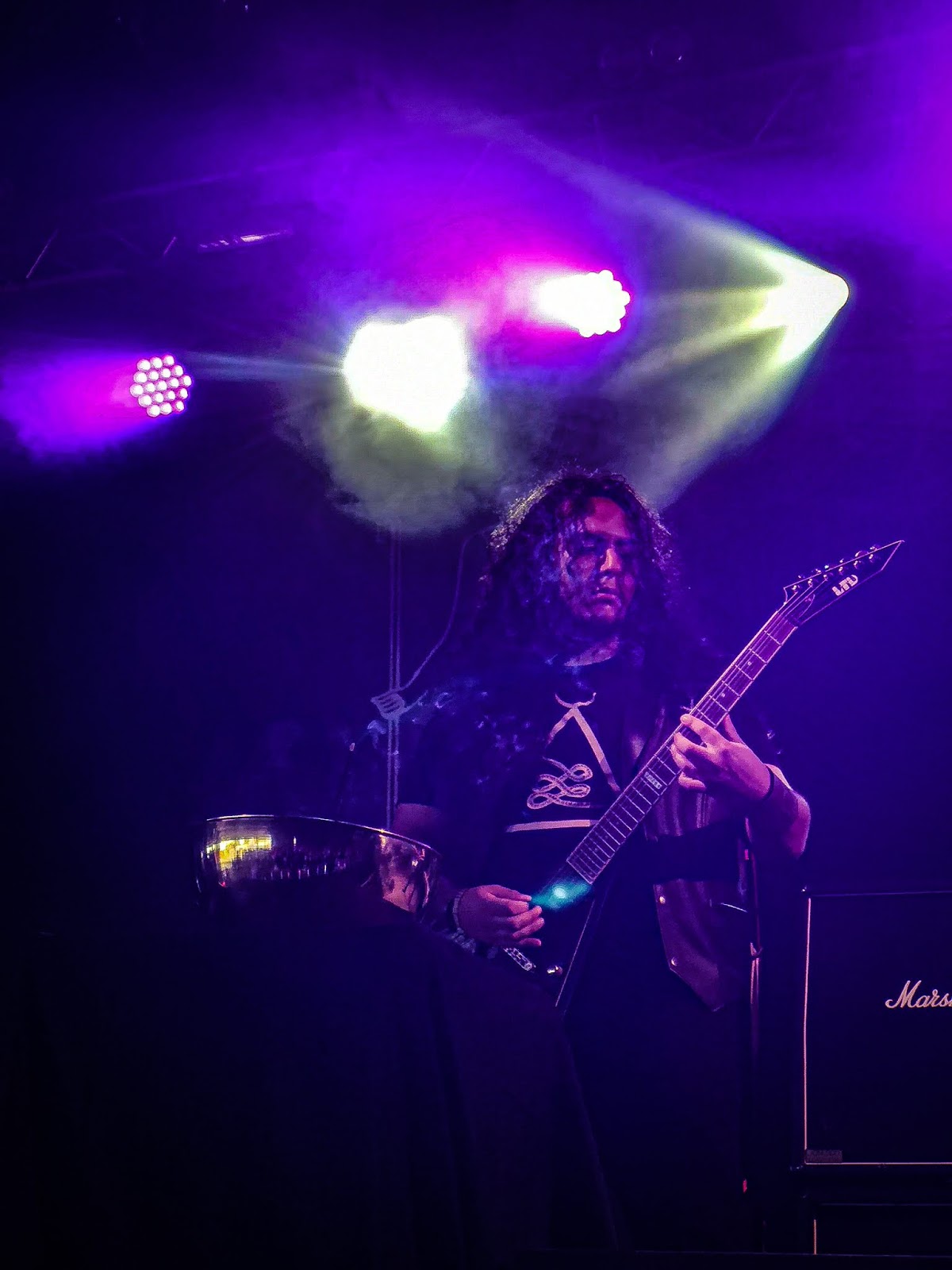 On the subject of Egypt, how would you describe it's metal scene right now?

It is definitely growing but it still has a long way to mature. Both the crowd and the bands have the drive but not yet the maturity to maintain a "healthy" scene and for many reasons, some of them out of their hands. The Egyptian Pound dropped significantly back in 2016 so that is making it very difficult for any promoter to bring international bands for shows, plus the fact that venues aren't really that excited about hosting Metal shows anymore.

In February last year you released The Order Of Amenti, upon the release what kind of reaction did you receive from the public?

It was a monumental step for us to release this album and with a remarkable label like Listenable Records. The feedback has been overwhelmingly positive from the crowd and even promoters all-around Europe and the states.

How you would you describe the musical progression from Pyramid Slaves to The Order Of Amenti?

Steps towards maturity. With every composition we feel like we grow in many aspects of music-writing AND the concepts behind them.

What kind of atmosphere do you try and create when playing live?

Simply one that reflects the music that we play. Our music is serious and dark, and we are fired up.

Thanks for reaching out, and massive thanks to the Extreme Metal crowd in the UK. Their support and feedback made it worth our trip.