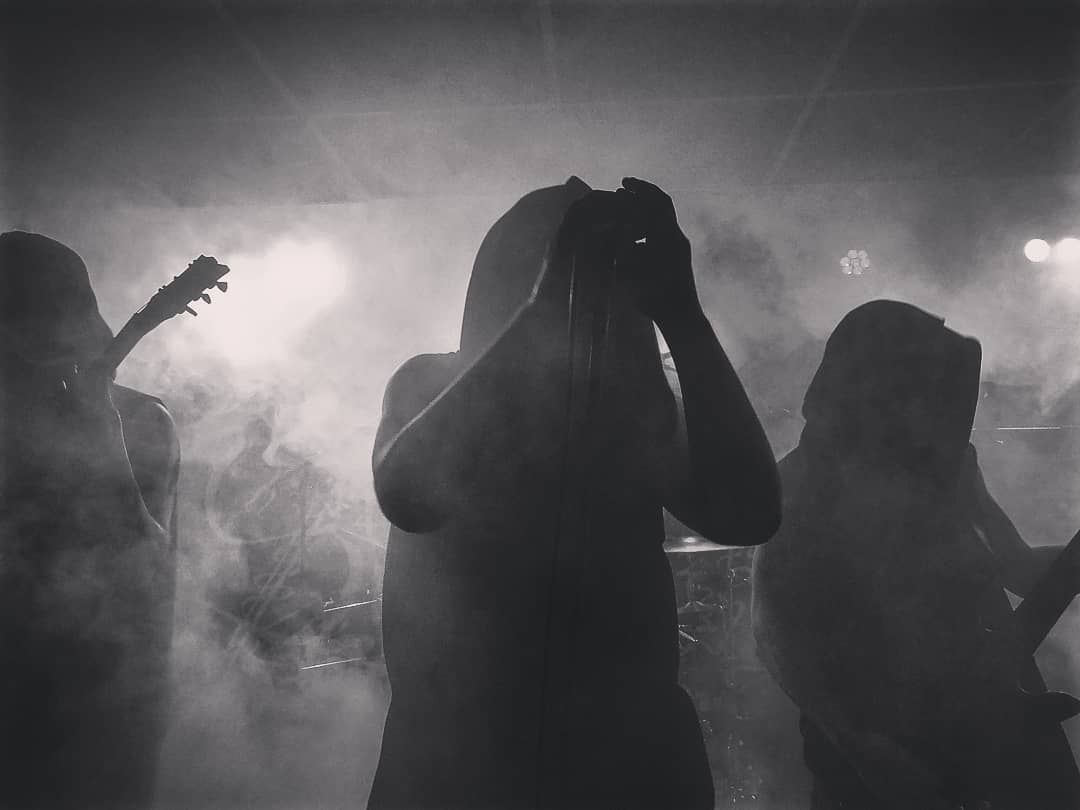 Icleand has one of the most promising black metal scenes right now, quite some time ago Iceland wasn't really known for black metal at all but as time goes by it's managed to grow.

The bands that are coming out of Icleand are releasing brilliant records and getting attention worldwide.

Sinmara released an album this year which you can find below.


For quite some time now the Icelandic black metal scene has been growing and growing, it's now become extremely popular for people all around the world, what are your opinions on seeing the scene grow throughout the years?

It has been crazy seeing how much the scene has grown since we started. There was hardly a black metal scene in Iceland back then. Maybe a handful of bands where active.

A lot of the bands have had the opportunities including yourselves to play quite a lot of shows in various countries, now going back to what could be seen as the beginning for you, did you ever imagine that you would have these opportunities at all?

Not at all. We never really intended to even play live that much. Now we have been all over the place and we are truly grateful for it.

You all have bands aside from Sinmara varying from Svartidauði, Wormlust and Almyrkvi, I've read in a previous Interview that Sinmara is it's own and will never be considered as a side project, would you say it can prove difficult at times to keep up with the other bands in terms of writing for records or playing shows in which you play with all the bands on the lineup?

I think there will always be some crossover regarding the writing process as Þórir is the main songwriter in Svartidauði and Garðar is the songwriter for Almyrkvi, but so far it hasn’t really been an issue. Live shows haven’t been an issue either so far, but as we are getting older we are really starting to pick and choose where we play.

Most of us have other responsibilities outside of the band so being in multiple bands with multiple offers can sometimes be hard to manage.

We started very quickly actually. We even played ‘Crimson Stars’ at our show in NYC in 2015 and ‘Arteries of Withered Earth’ was also pretty much done at the same time. Those songs did not fit the atmosphere we were going for on ‘Within the Weaves of Infinity’ EP but they were almost completed by that time.

Songwriting is really not a linear process for us. 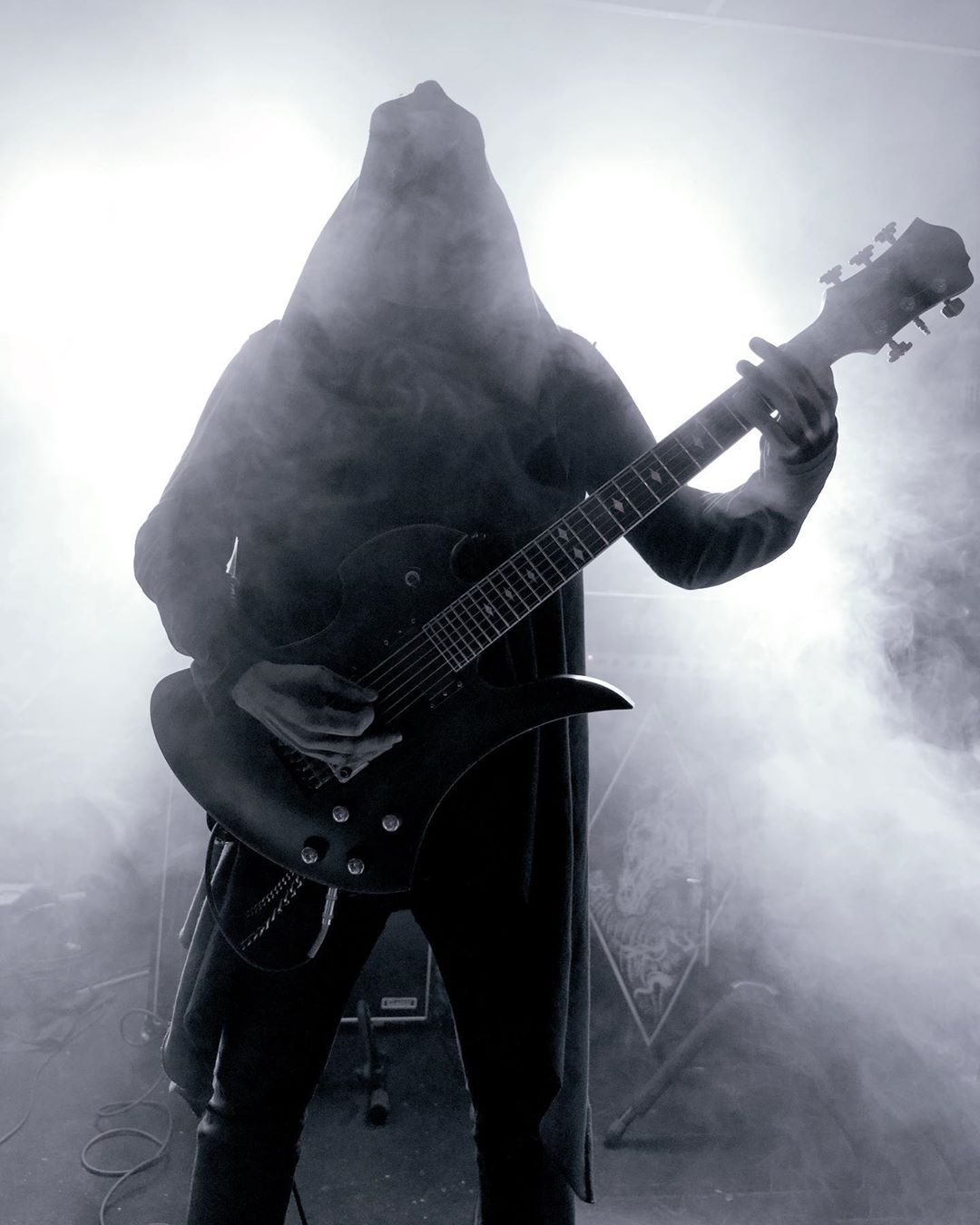 The artwork for Hvísl Stjarnanna is rather intriguing, does it have any particular meaning behind it at all?

Nona Limmen really came through for us with that cover.

Although the album is not a concept album it is bound together thematically by myths and folklore relating to ghosts, sirens and malevolent spirits calling you from beyond to beckon you to join the world of the dead.
The cover depicts our namesake Sinmara in a dark and hazy setting holding the sword Lævateinn which will eventually destroy the earth.

Sinmara is a mediator between the nightside and world of the living, and keeper of terrible mysteries and powers which can both represent great destruction and death, and dark enlightenment.

With all the experience of playing in different countries how much would you say it's helped you develop your art and yourselves as musicians?

I think travelling has helped our growth immensely. For example the lyrics for ‘The Arteries of Withered Earth’ are heavily influenced by our trip to Prague where we ventured into a subterranean alchemist laboratory.

For me personally, the travelling we’ve done has helped open my mind to different cultures and worldviews. It’s easy to get tunnel vision if you stay in your comfort zone. 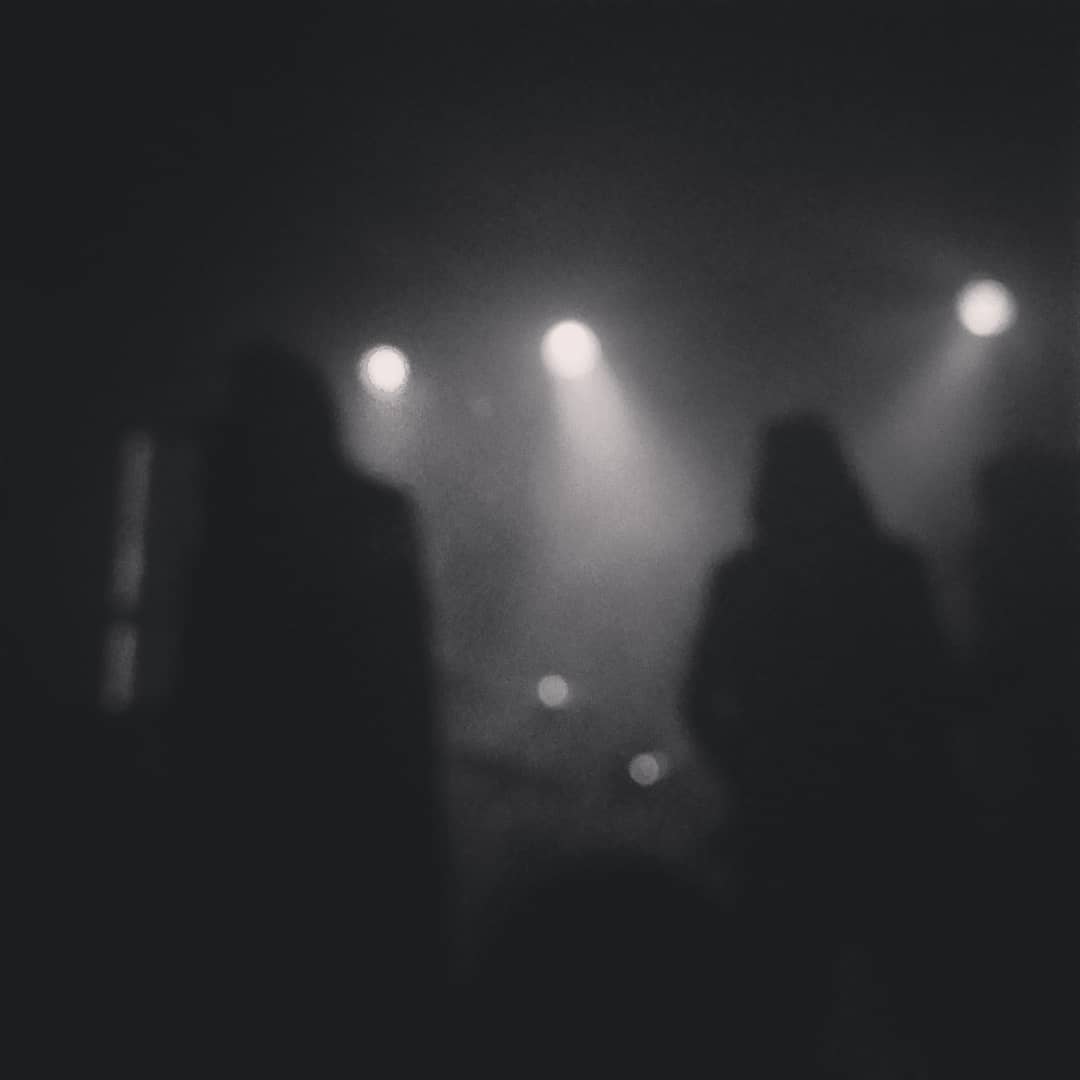 What do you have planned for Sinmara from here in regards to shows that people may be unaware of or the possibility of something new in the works?

We are always looking to evolve our stage show. I think we have a solid concept now that really works for the atmosphere we portray. Small changes might be in the works but nothing I’d want to elaborate more on.

At the moment we are just working on new songs for future releases.

Thank you for the interview.