An Interview With Viktoria From Unholy Night 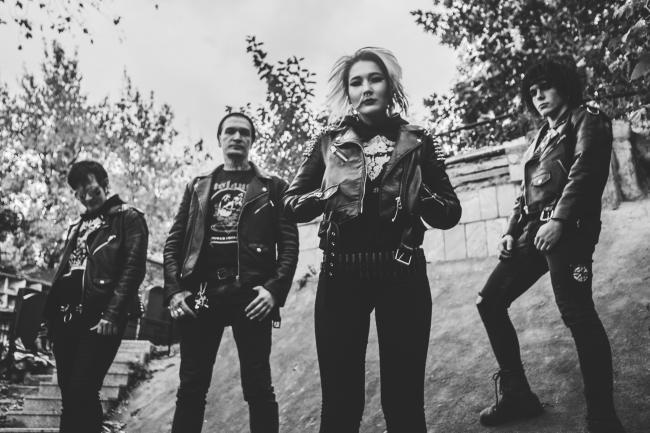 Unholy Night are a new speed metal band from Moscow, Russia who I recently discovered, I instantly felt the Midnight influences on the demo they have recently released and I decided to contact the band to get a bit more insight on them.

Support the band via the link below


Unholy Night are a relatively new band, can you tell me about the formation of the band?

Me and Lepekha our guitarist started this band. We needed a drummer, but in Russia it's a big problem! You can easily find everything, but not a drummer. Lepekha decided to try his best friend Losos, he played a little bit on drums. When we came to the rehearsal we realised that he was playing shitty. But this son of a bitch had such a desire to play in the band that we decided to give him time to learn and after two month's he could play everything we needed. Three of us got the first two songs and started looking for a bass player and found our friend, Meshok. We knew him already and he quickly joined the team.


You have a 2 track demo up on bandcamp, after the formation of the band how long was it until you starting working on recording these?

4 month's. In this time we made 4 songs and 2 cover tracks. We did not plan to do a demo, we wanted to make 7 tracks and record an EP, but our friends listened to our rehersals and offered a couple of good gigs. We agreed to go to the studio make the demo.


Do you still have plans for an EP anytime soon? And also I'm curious to know what the cover tracks were?

Yes, sure! we continue to write songs and plan to start recording in February. About the cover tracks, we made a cover of  Bathory-die in fire and Midnight-evil like a knife, this song was our guideline when we only thought what we wanted to play was something fast and really evil.


Those are some good choices when it comes to covers, I look forward to hearing more from you once you've finished recording.

You played your first show recently, how was it overall?

That was really good! we played an all night long punk show with a Russian metal punk band and Finnish band Civicide. We got good support and it was a lot of fun. 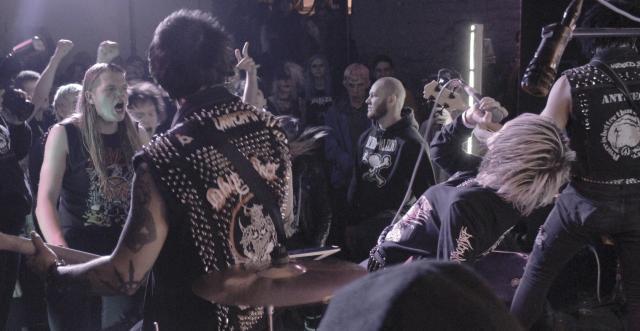 Was this a first time playing live for you all? or have you all been in bands before Unholy Night?

I sang in the band Стая коней before, it's russian crack rock steady. Lepekha played  on guitar in motorpunk band ZARAZA until they split up. Losos played drums in crust punk band Endless repres, but they dont have any records and played only one show. For Meshok it's his first band.


So you all came from a similar background in relation to genre, besides Bathory and Midnight what other bands would you say inspired you the most when it comes to writing music?

Oh, its a difficult question. We listen to a lot of music and not all of them are similar genre's, but bands who mostly inspire besides Bathory and Midnight is Motorhead,Venom,Black Uniforms,War fare,Anti-Cimex I think.


How would you describe the scene in Russia with genres like speed metal, punk etc, does it have quite a large following at all?

Yeah, there are many punks and metalheads,every time new groups constantly appear, more and more of them are really cool.


Aside from you recording in February what else can we expect from Unholy Night in the near future?

We don't have any concrete plans, just play a lot of fucking good gigs and write new songs! Thank you a lot for the interview! Live fast rock hard!