An interview with Carcassbomb (Noob Heavy) 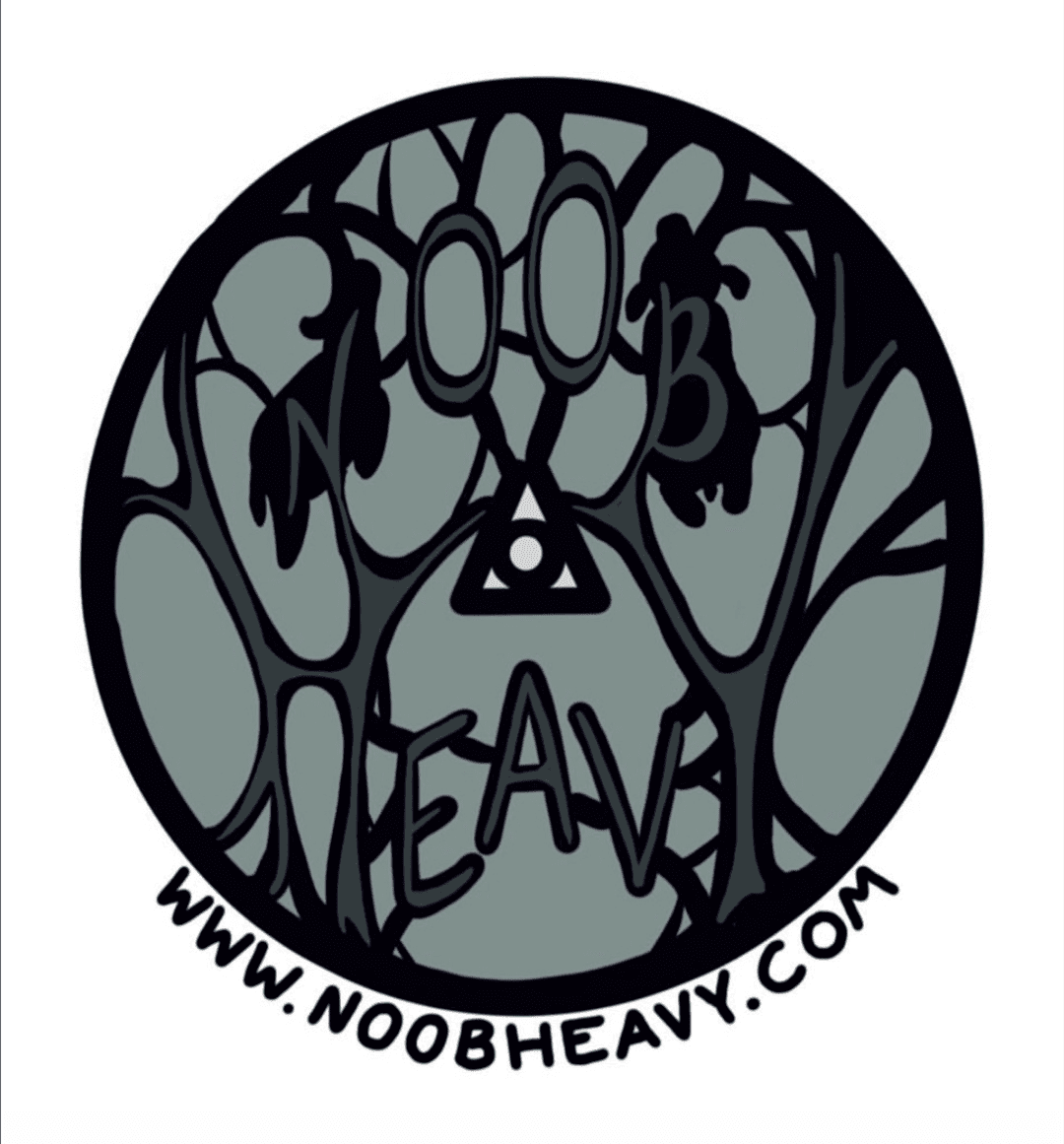 Carcassbomb who is a Brisbane, Australian based metal reviewer and founder of the site Noob Heavy have interviewed each other over the past few days.

It was quite an interesting experience being on the other side and having to answer the questions, I would like to thank Carcassbomb for the opportunity and for taking part on my side.

You can find the interview with me below as well as many other interviews and reviews.

Thank you for taking part in this, could you give an introduction on yourself?

I am Carcassbomb, owner of Noob Heavy. I write, publish and promote various reviews and features with a strong focus on independent and Australian metal artists. I also do PR for various types of metal releases as a by-product of being in the promotion community but do not charge for Noob Heavy coverage - its a self funded passion project and writing exercise. I’m also studying a Bachelor Of Fine Arts (Creative writing & Screen writing)

Your site has a wide range of content, your main one being reviews which I have once tried and failed at, at what point did you decide that album reviews would be something you would take seriously?

I started off a few years ago wanting to write video game reviews since that’s a huge part of my personal identity. Before that I had only written shorts and poems. I found I struggled with non fiction and that frustrated me so I enrolled in a writing degree at university. It gave me a lot of writing tools and techniques.

Over a semester break late 2018 I decided to start writing reviews for new metal releases, naturally I needed a platform. At the beginning it was The Metal Archives. I found that if I submitted a review it would get proof read and judged by their quality control standards. Initially I got a lot of rejections but also feedback from staff. Now I just get accepted, it was like a boot camp for reviews and made me more serious about it. Then came Wordpress and then IG where I branded myself Noob Heavy in March this year.

What was the first metal review that you wrote? Did it take numerous attempts to get it right? I get that feeling when writing questions for certain bands, I end up deleting the whole thing at points if I feel it doesn't sound right.

That’s a tough one, I’ve been in and out of promoting metal in various ways from 15 - 29 (now), from event management, band photography and even ideas similar to Noob Heavy as MySpace pages. I feel like I’ve always written and talked about alternative music so when I started doing it officially last year, it felt natural. The first one I posted to The Metal Archives was Mire (2018) by Conjurer UK and it took a couple of attempts as I used to have an aversion to editing, something I’ve gotten better at now.

As a reviewer, someone who essentially passes judgement, it’s important to make sure your work can withstand judgement, and that you can personally learn from it. This starts with self editing and peer critiques.

By the sounds of it you've been floating around in the metal scene for quite some time now, what was your gateway to the music?

It started in the early 00s in year 8. I spent lunch times with the smokers which were an odd bunch. One of them showed me Antichrist Superstar by Marilyn Manson. I went deep into them as well as Metallica. The next year I left school at 14 to work (we could do that then), I worked at a convenience store on Bribie Island with an older metalhead Tom who let me borrow an Iron Maiden cassette of X Factor as well as a burnt Anglagard CD. A pretty intoxicating entry to the genre. I purchased my first metal album not long after, it was Countdown To Extinction by Megadeth.

You've also recently took up Interviews for your site as well, out of curiosity who would you say your dream artist's/bands to interview would be? Top 5

Yes I started doing a lot of interviews for the Australian Heavypedia I’m working on and that naturally extended to isolated interviews from around the world.

My dream list would be:
Bongripper
HORSE The Band
Between The Buried And Me
Mikael Akerfeldt
Portal

These would all be very interesting and exciting for me.

With you now conducting interviews how are you finding it at the moment? Have you came across any difficulties as of recent or is it running quite smooth?

The form of interview most bands seems to prefer is a set of questions in a word doc so I’ve had a fair bit of anxiety about the overall quality and flow of the questions. I’ve also had some really exciting interview opportunities that just suddenly ceased responding mid interview, quite a bummer not being able to get those articles out there. In my experience if you make a mistake you won’t get feedback about it. Fortunately this has been rare. The general experience is very positive and informative.

Seeing as you find album art to be an interesting subject as much as I do, would you care to share your favourites as of recent?

I’ve got a lot of favourites, I’m currently making a top 20 but here’s a couple from it: 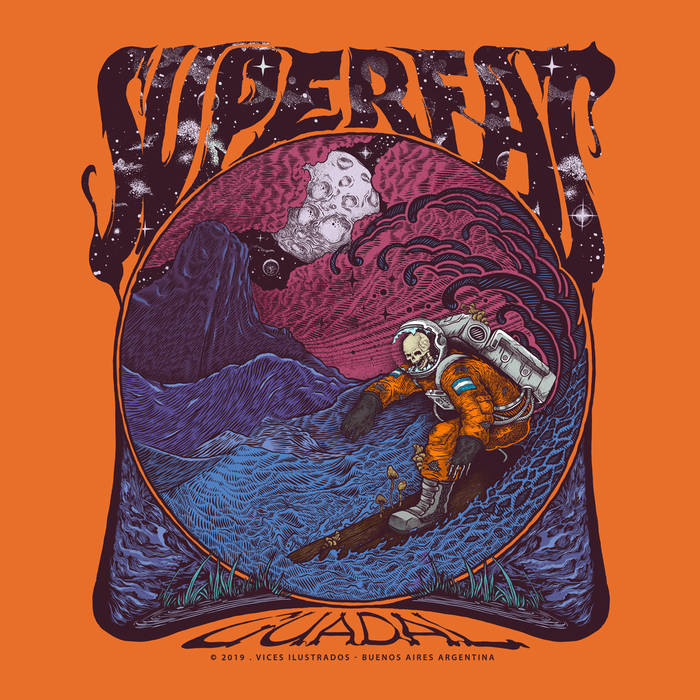 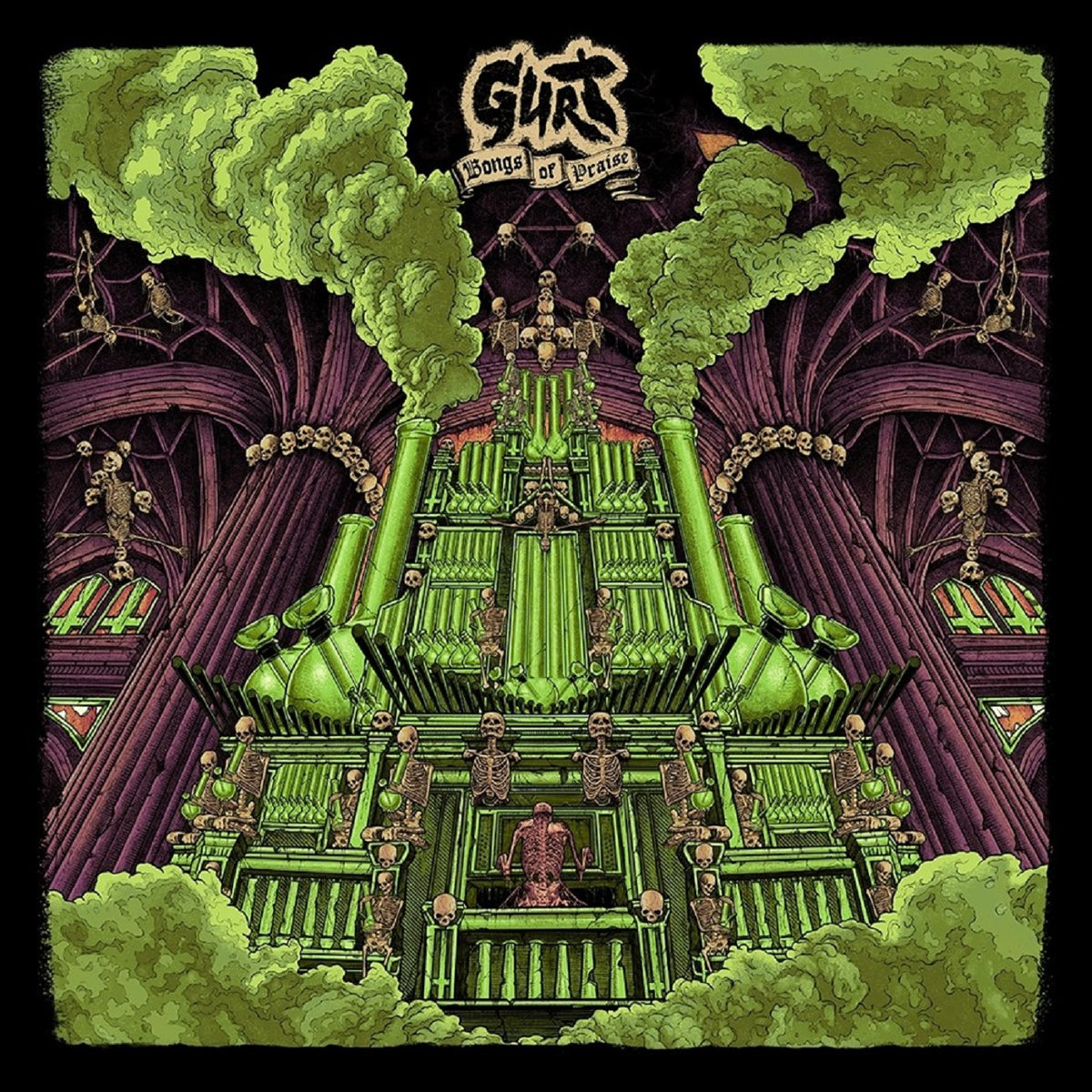 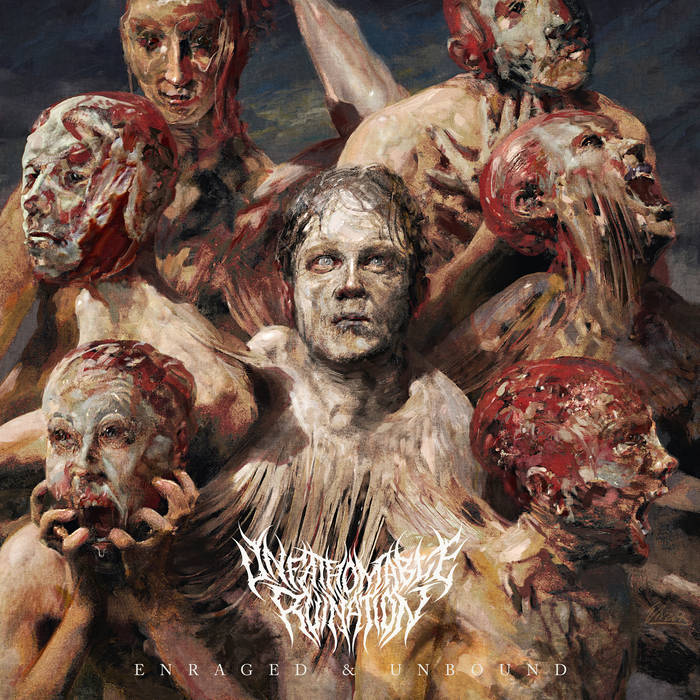 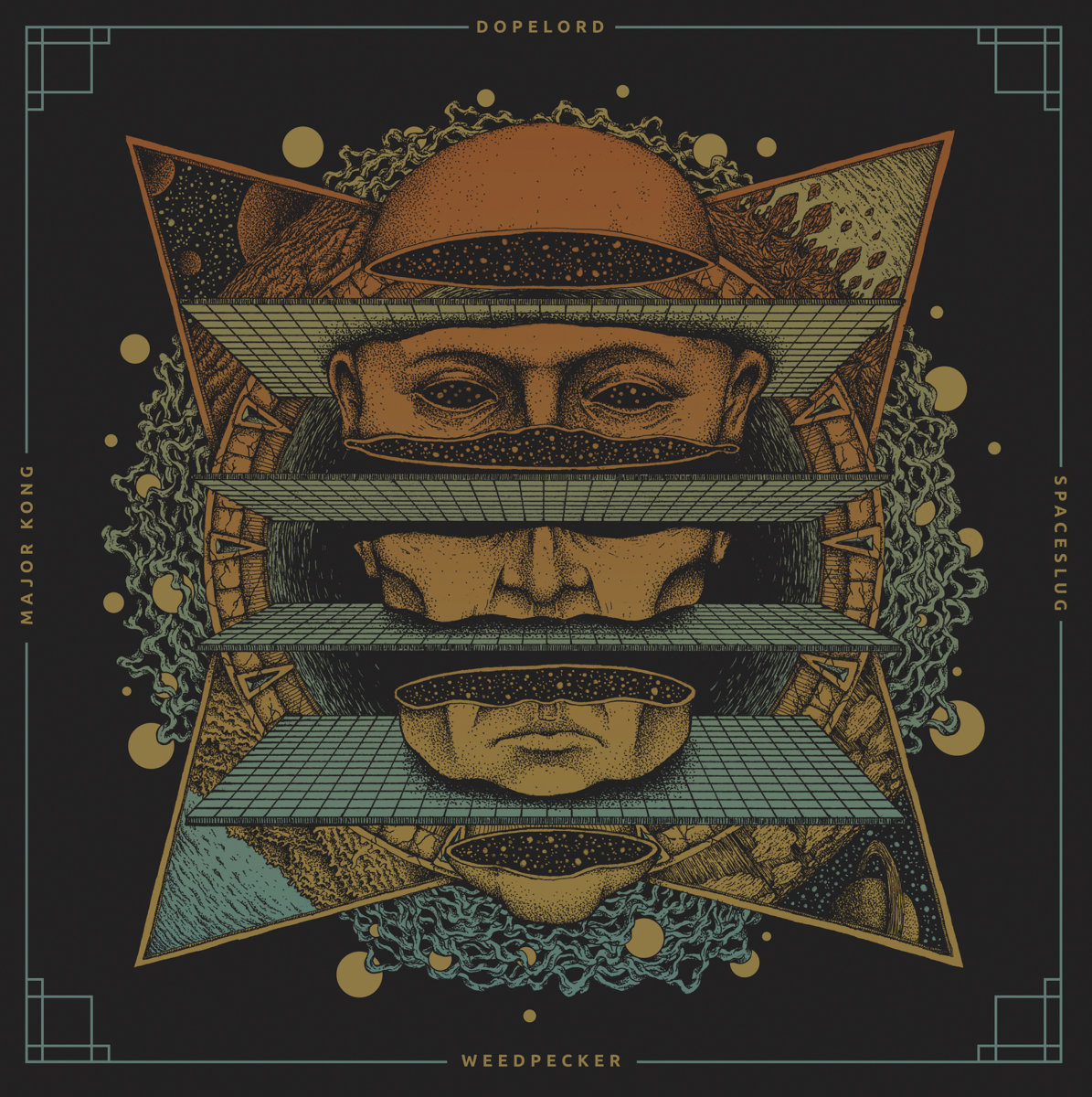 I've noticed you've gathered a team together who present different sections on your site, was this something that you intended on doing from the start or was it as of recent and what is the whole reason behind this?

I noticed a lot of interesting reviewers on IG posted their reviews only on IG and Metal Archives but had great taste in underground and alternative metal. So I asked them to join the site to give their work presentation and promotion outside of IG.

@zax.record.reviews joined first, he’s from Florida and covers a huge variety but can be relied on for the most modern picks on the site. He has helped advise the direction of the site since.

@hardalbumreview is Mass, a reviewer from Iran where the metal scene is illegal. He teaches English there and writes elaborate reviews. A lot of Black Metal and Folk Metal. He’s started interviewing as well.


Now you've got a team assembled where are you hoping to take your site?
Do you have ideas to take it outside of the internet as well or will it purely be online based?

I’m always thinking of ways to evolve Noob Heavy but ultimately whatever happens will scale with the resources we have access to. I’d love to do stickers, shirts and a cassette compilation but as a student I don’t exactly have funding. To try and fund the site I now also do affordable metal PR as opposed to trying to monetise the site or reviews. The quality level of promotional materials we have access to is always increasing which is another resource I value greatly. Every week things improve even if it’s just a little bit so I’m quite hopeful for 2020.


I do operate in the local scene doing photography and I used to put on metal gigs like a decade ago. I wouldn’t hesitate to involve Noob Heavy and it’s services in such ventures in the future but for now I’m sticking to online just because of how new the site is. I want to fully flesh out what I’m doing now before I complicate it.

If you can disclose this information, what are your plans from here for your site?

Right now I’m just trying to tighten everything leading into 2020. editing a lot of the existing work and redesigning how it’s presented as well as how it’s accessed.
The year is waning and I’m making my end of year features up so soon I’ll be doing more promotion than writing (I have a lot pre-written).


Metal as an alternative subculture is a crucial part of the counter culture in this country and I want to explore what these people are putting out there and for the rest of the world to do the same. It’s a lot of hard work touring a country this spread apart, the bands could use the support.